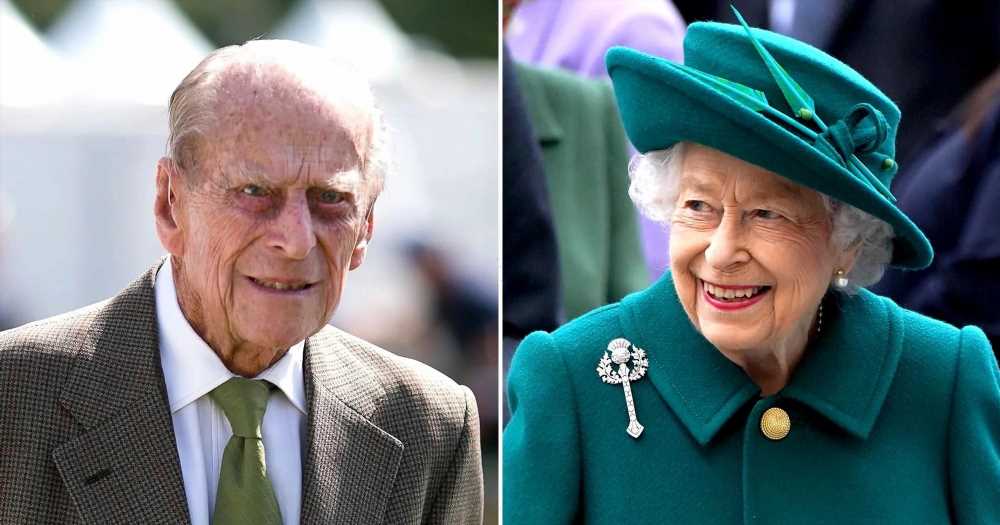 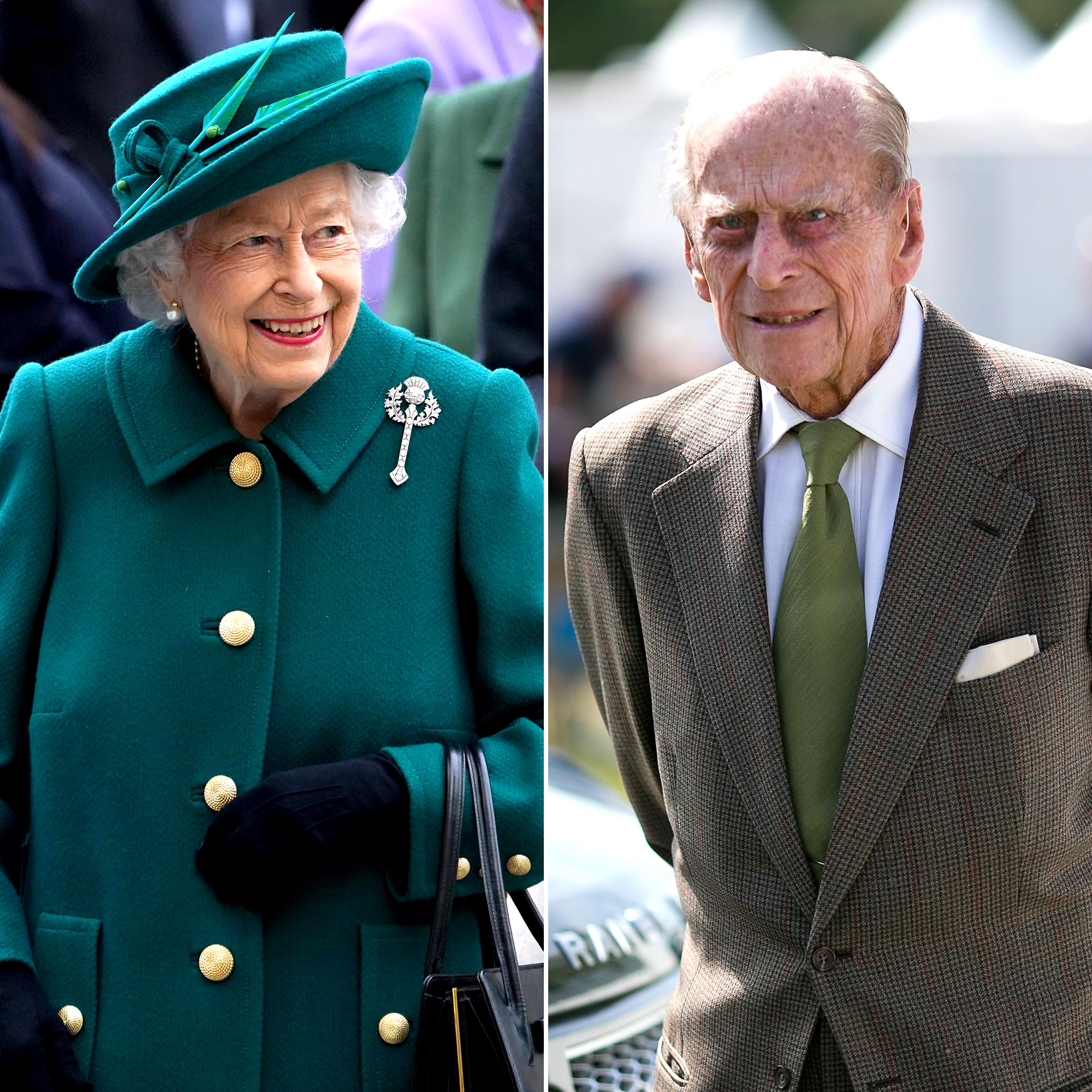 Remembering her late spouse. As Queen Elizabeth II attended the opening of the Scottish Parliament, she shared sweet memories of her late husband, Prince Philip, who died earlier this year.

The long-reigning monarch, 95, attended the parliament’s opening ceremony in Edinburgh, Scotland on Saturday, October 2, alongside Prince Charles and Duchess Camilla. The queen wore a matching emerald coat and hat as she discussed her affinity for the country.

“I have spoken before of my deep and abiding affection for this wonderful country, and of the many happy memories Prince Philip and I always held of our time here,” the England native told lawmakers in her speech, which was reshared onto the official Royal Family Instagram account. “It is often said that it is the people that make a place, and there are few places where this is truer than in Scotland, as we have seen in recent times.”

She also gave a sweet shoutout via her speech to her grandson Prince William, who attended college at Scotland’s University of St. Andrews where he met his now-wife, Duchess Kate.

“Following my grandson’s time as Lord High Commissioner, Prince William has told me many heartening stories that he heard first hand of people and communities across Scotland uniting to protect and care for those who are isolated or vulnerable,” Queen Elizabeth added in her remarks. “Presiding Officer, First Minister, Members of the Scottish Parliament, The Duke and Duchess of Rothesay and I will continue to follow your progress with the closest of interest, and we extend to you all our warmest good wishes as you embark on this sixth session of Parliament.” 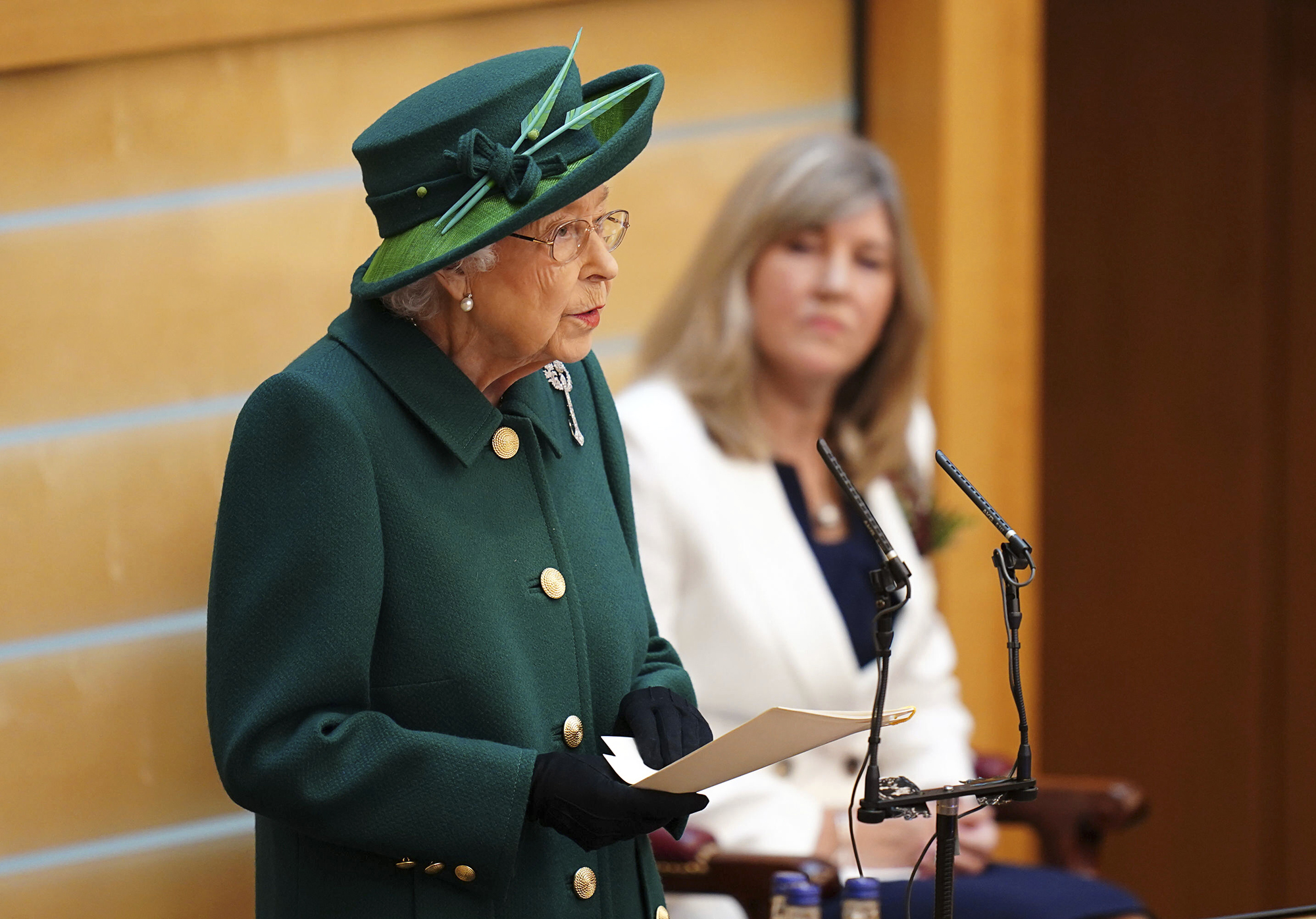 The queen closed out her speech by thanking the “remarkable” locals who made “such a positive difference” to their community amid the coronavirus pandemic.

Buckingham Palace confirmed in April that the Duke of Edinburgh had died just before his 100th birthday.

“It is with deep sorrow that Her Majesty The Queen has announced the death of her beloved husband, His Royal Highness The Prince Philip, Duke of Edinburgh. His Royal Highness passed away peacefully this morning at Windsor Castle,” a statement read at the time. “The Royal Family join with people around the world in mourning his loss. Further announcements will be made in due course.”

Shortly after the consort’s death, a source exclusively told Us Weekly that the queen was “overwhelmed” by the “outpouring of love and support” she had received.

“Elizabeth has found it cathartic to soak up all the well-wishes and tributes to the man she loved unconditionally for countless decades,” the insider explained. “Seeing how many lives he touched has been nothing short of extraordinary.”

One day before the parliamentary opening, the monarch and the Prince of Wales, 72, teamed up for a joint appearance on the grounds of Balmoral Estate to kick off her upcoming Platinum Jubilee celebration.

“🌳 Today The Queen and The Duke of Rothesay welcomed local schoolchildren onto the Balmoral Estate to mark the start of the @QueensGreenCanopy tree planting season in the UK,” a Friday, October 1, post on the Royal Family’s official Instagram account read. “🍂 Her Majesty and His Royal Highness planted a copper beech as part of the Platinum Jubilee initiative.”

The mother-son duo planted a sapling on behalf of the Queen’s Green Canopy’s “Plant a Tree for the Jubilee” initiative before meeting students from the Crathie Primary School in Crathie, Scotland.