ONE of the Queen’s most trusted trainers believes her legacy in horse racing will last for years to come.

Clive Cox was still holding telephone calls with Her Majesty in the week of her death. 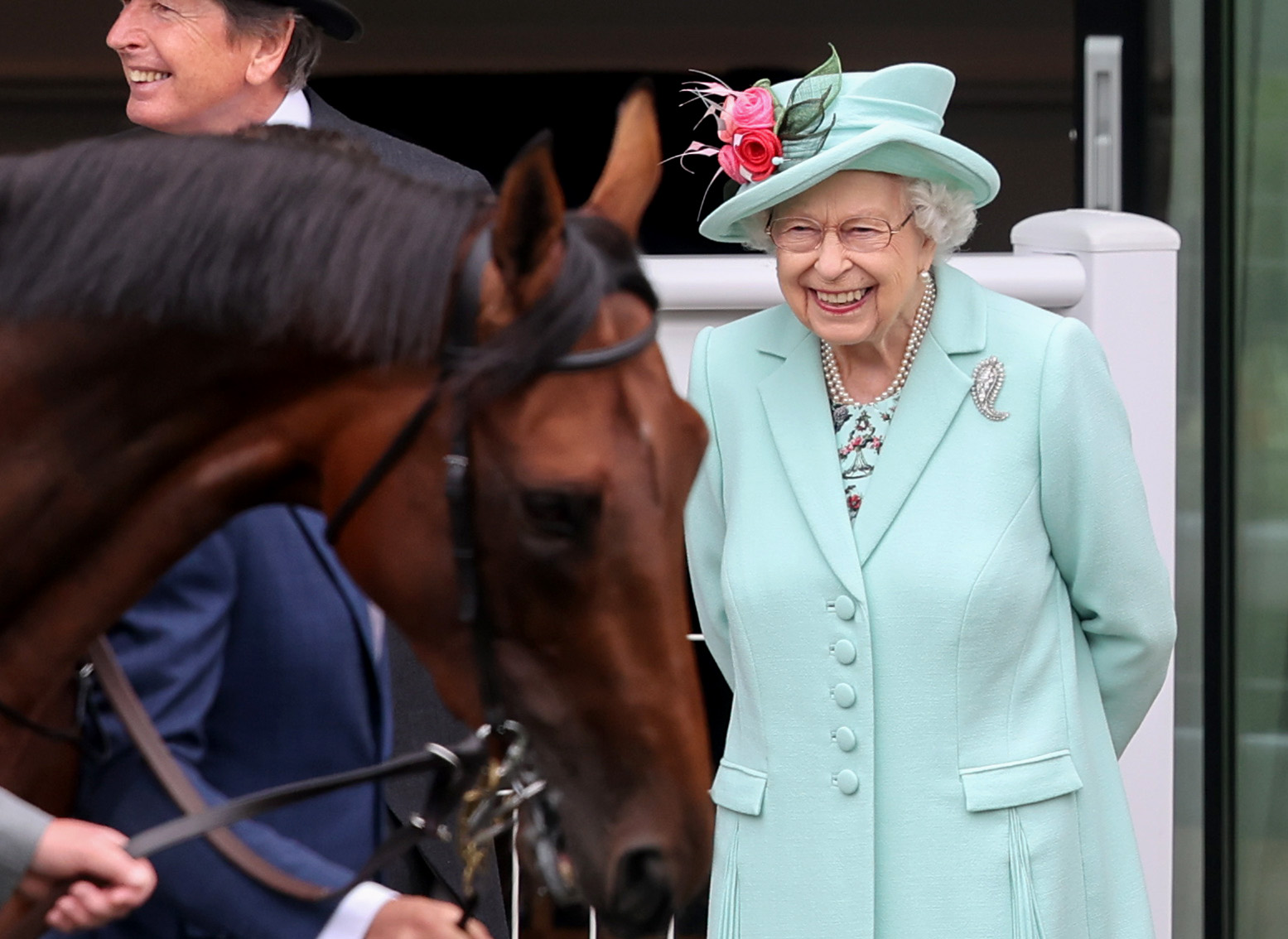 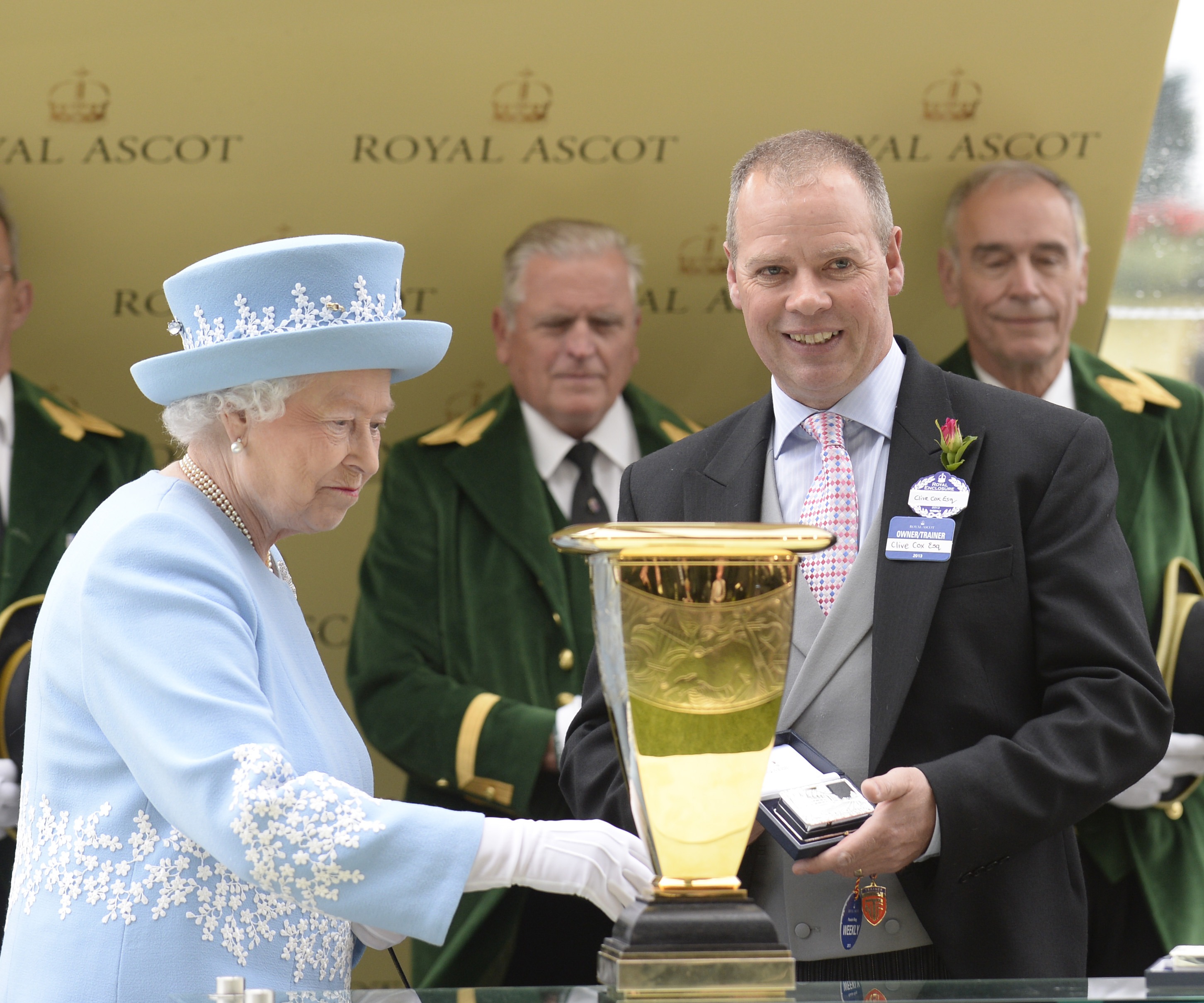 He revealed the Queen’s love for the sport never failed to shine and she should have home-bred horses running — and hopefully winning — long into the future.

The jumps horses will not have their first race until 2027 but they could run for a further five or six years after that.

And in her last calls to Cox, the monarch even checked in on horses in his care who were yet to run. 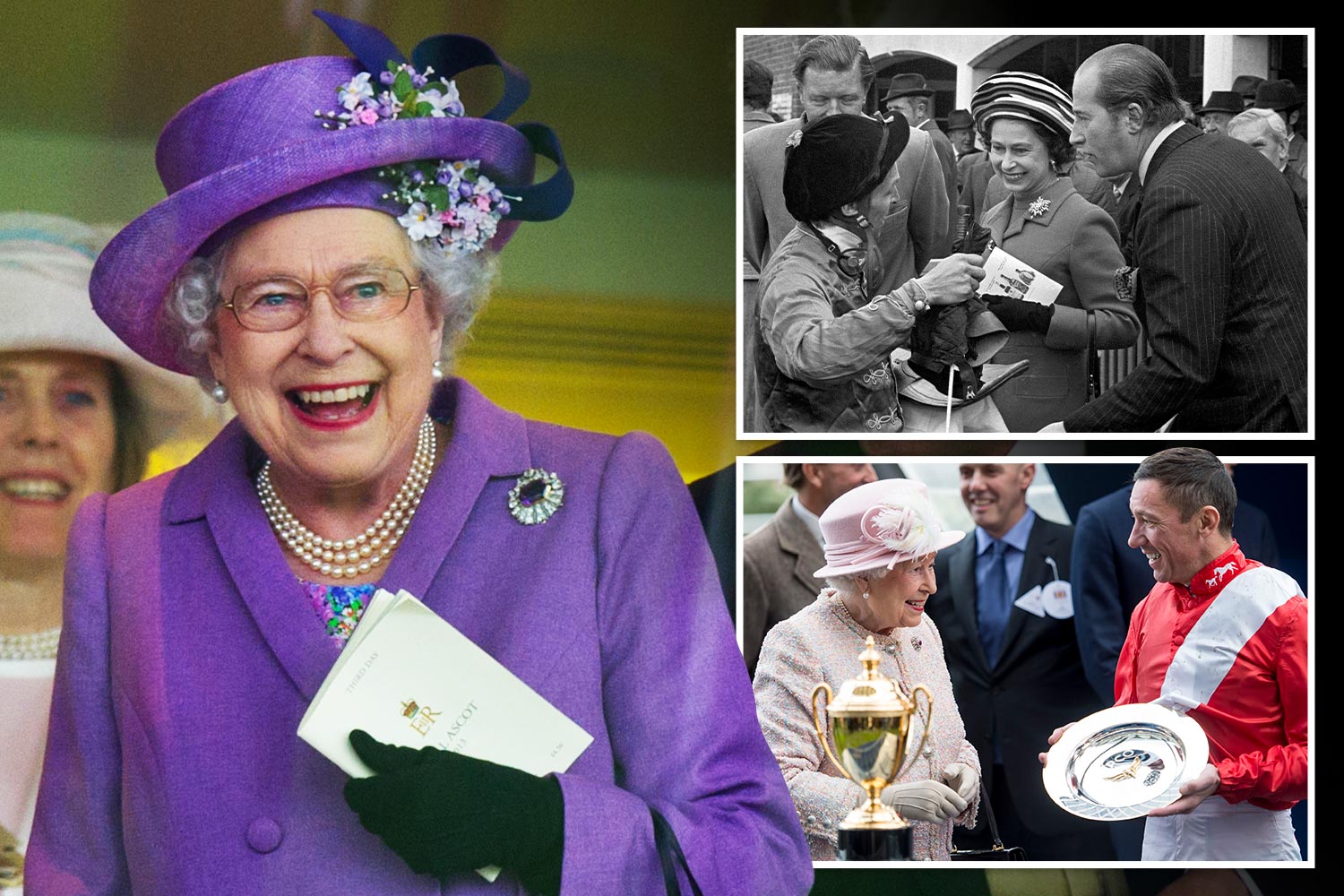 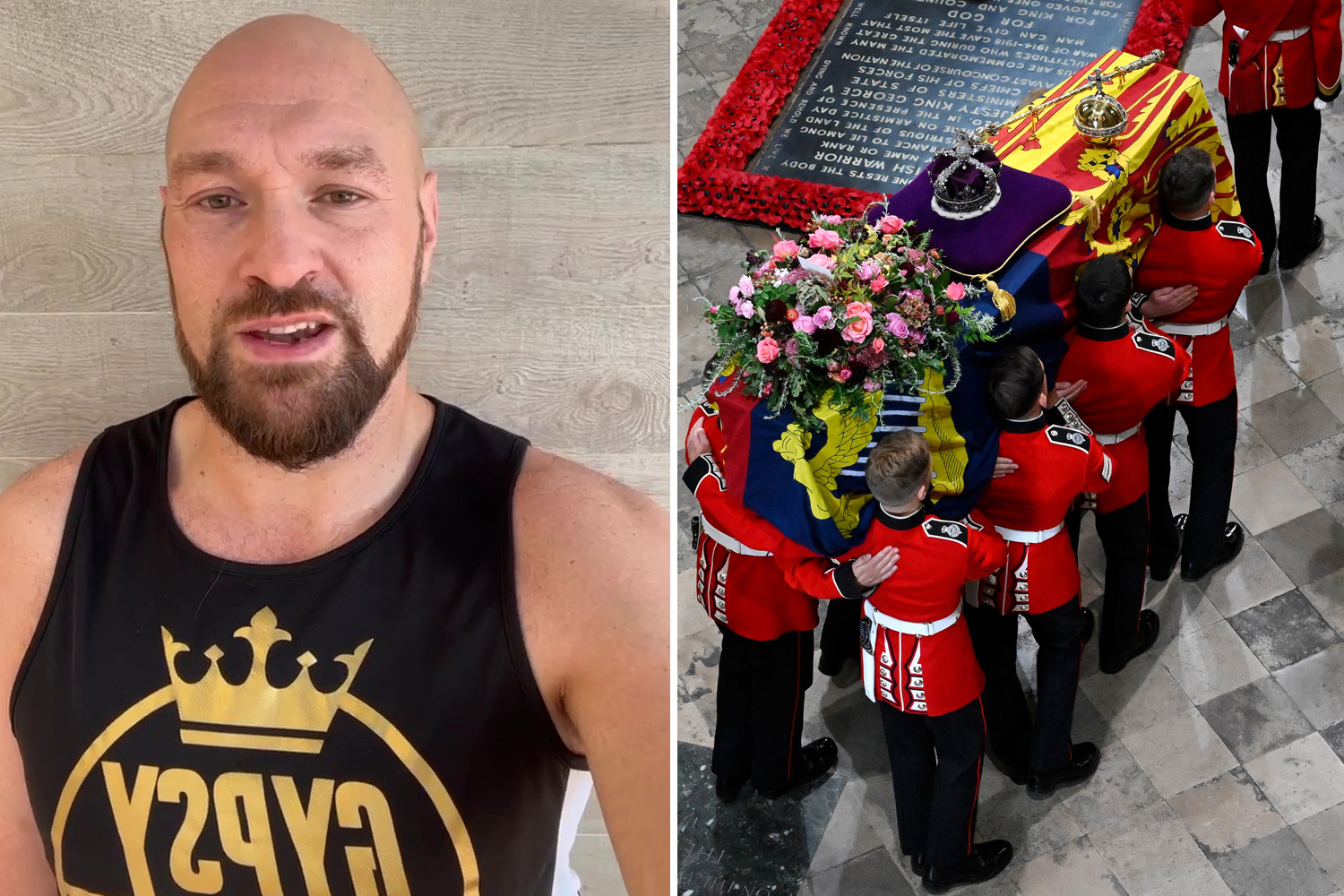 The Queen found time to speak to Cox before and after her last-ever runner, Love Affairs, won at Goodwood on the Tuesday before her death two days later.

Cox said: “She was brilliant for the sport of racing and we’ll all for ever be thankful.

“She knew everything there was to know, from the breeding to the form.”

From Balmoral, Her Majesty called Cox the day before her filly ran at the Sussex track. 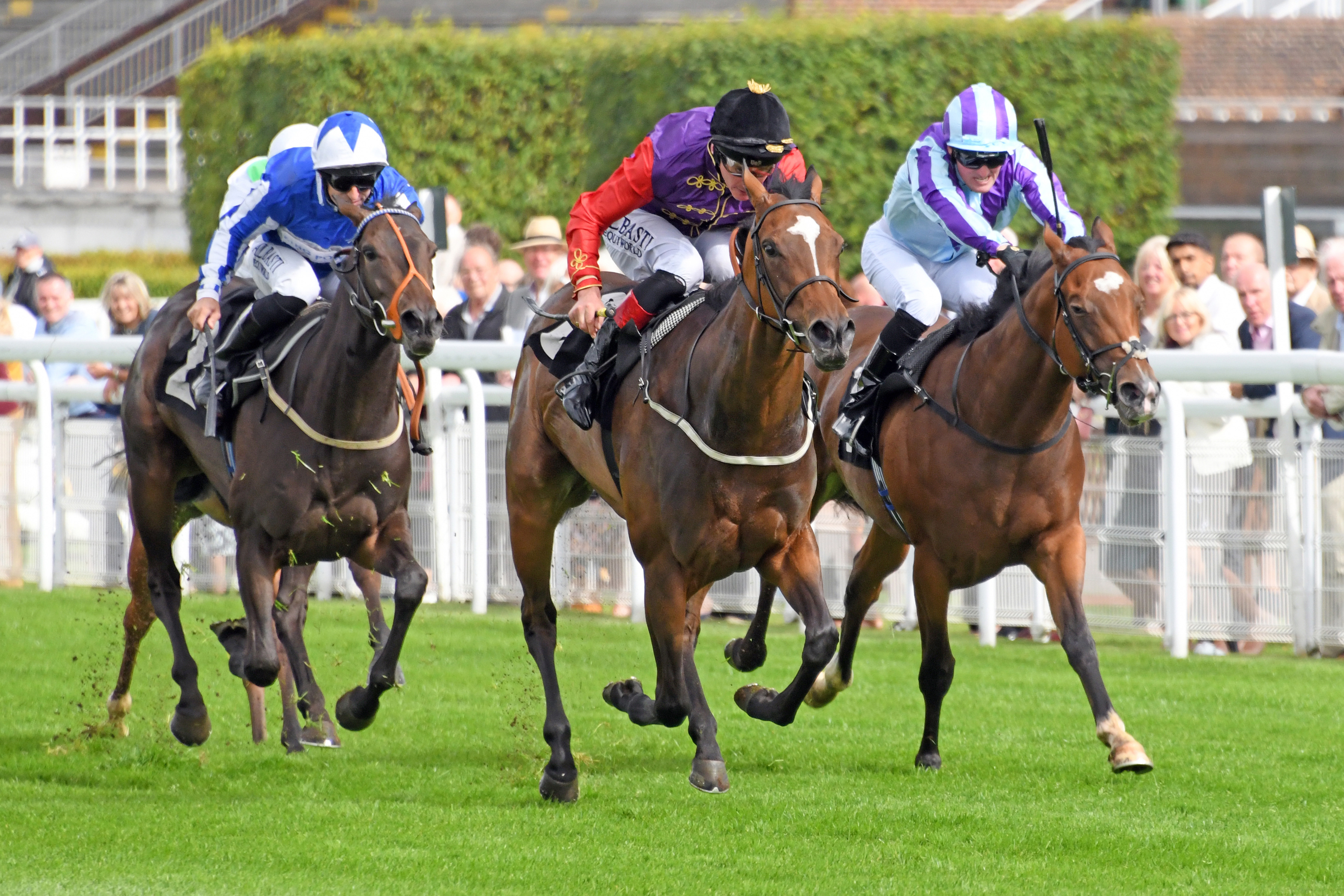 Most read in Horse Racing

Bash the bookies with these three longshots at Lingfield on Tuesday 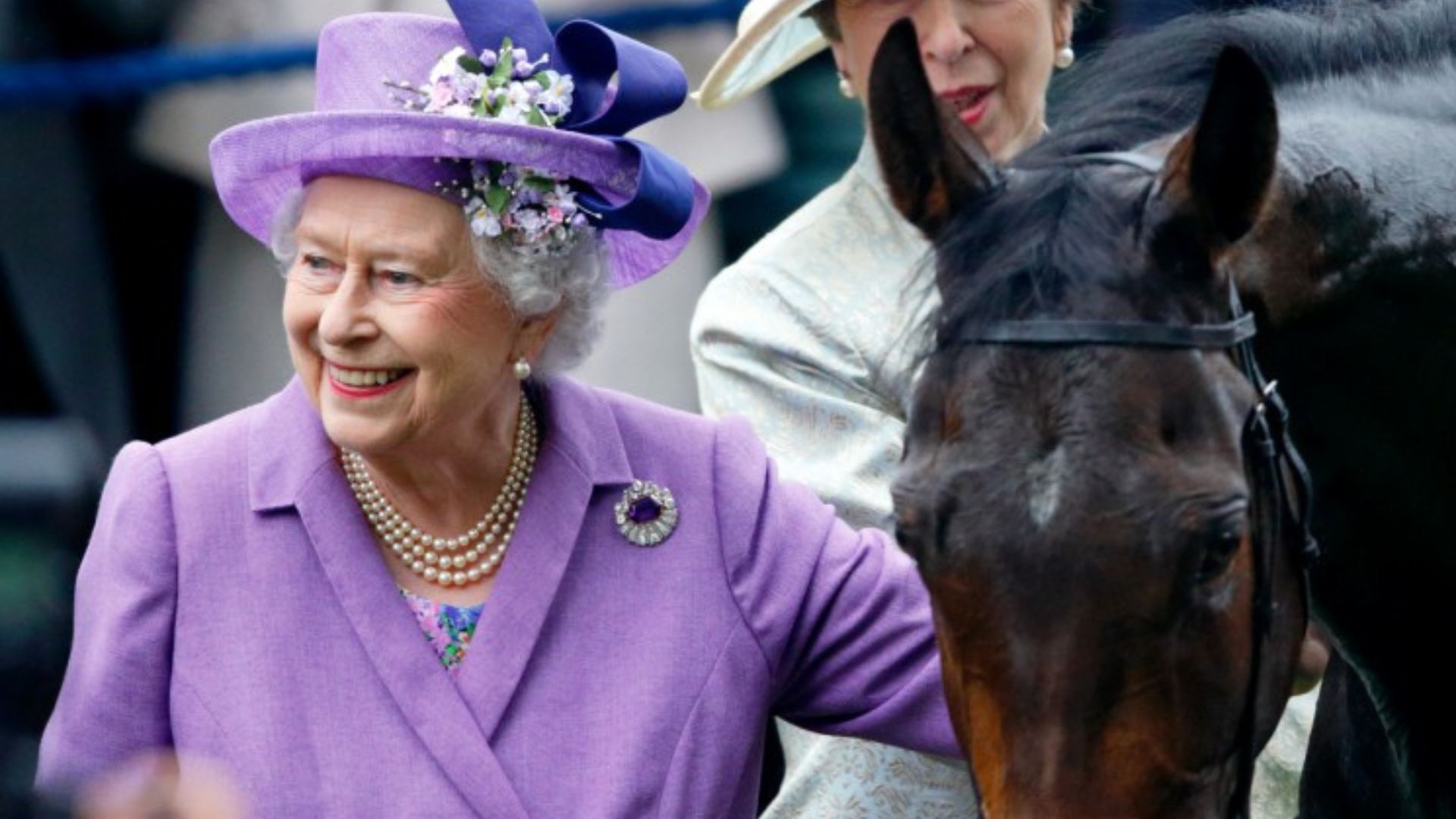 Who is the Queen's black horse Emma and how many racehorses did she own?

These calls were never that beneficial to the Queen as she would usually know more than the trainer about her horses.

This was one owner you could not fob off.

But the calls were often said to be the highlight of her day and she would always find time in her hectic schedule to make them.

The one before Goodwood lasted around half an hour. Cox added: “I spoke with her on the phone for quite a while before Love Affairs ran.

“She also asked about another couple of horses I train for her who haven’t even raced yet. Not many owners do that!

“She was always very sharp and last week was no different. You wouldn’t have known she wasn’t well.” 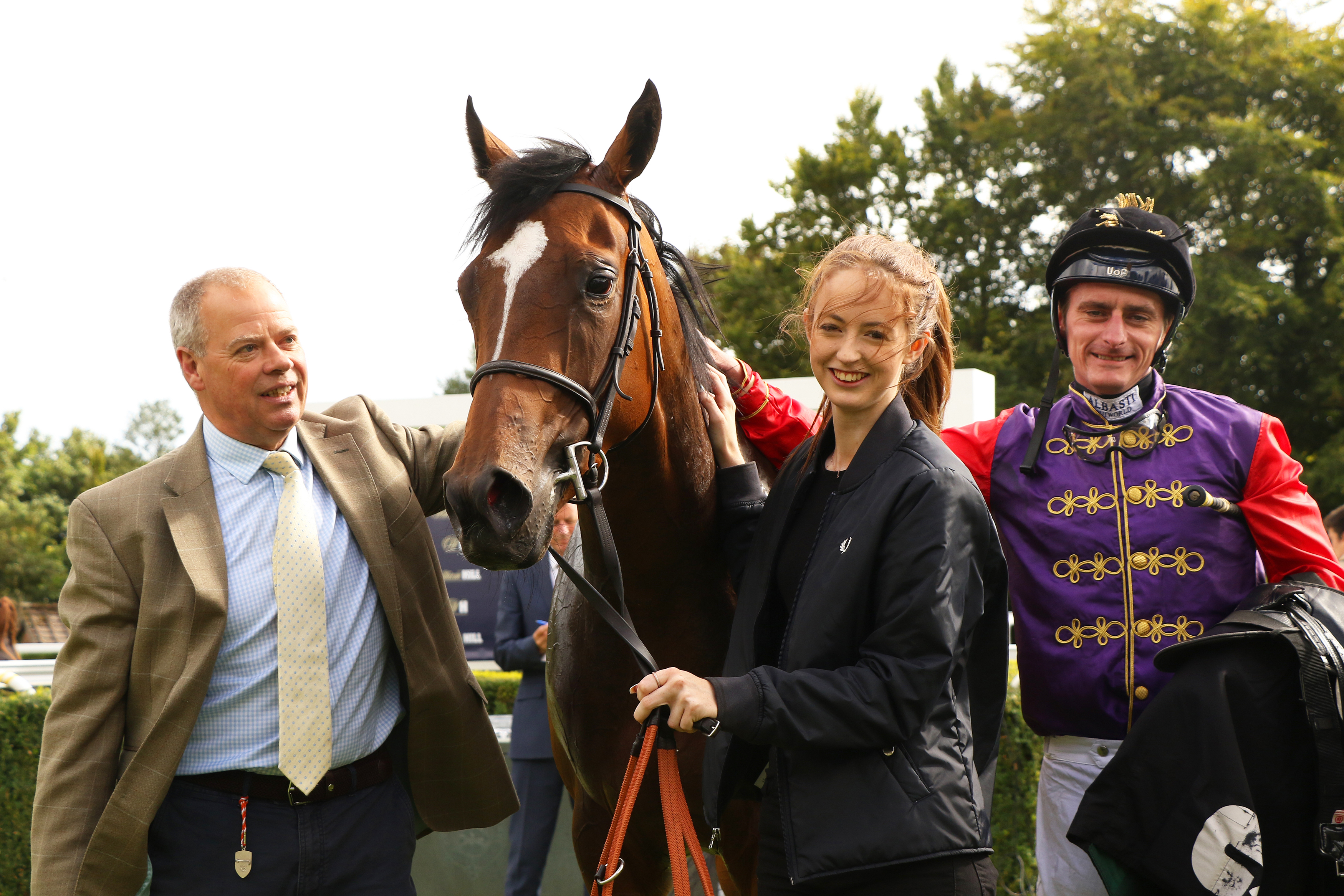 Jockey Adam Kirby, in her famous purple and red colours, rode Love Affairs to victory in the Fillies’ Nursery Handicap as the Queen watched on television.

After the triumph, Cox first tried to make contact with Her Majesty but was told she was busy with the Prime Minister.

But even the historic occasion of seeing off one Prime Minister in Boris Johnson and welcoming another in Liz Truss would not stop her.

The Queen soon returned the call. Cox said: “It’s very surreal when you talk to Her Majesty.

“It was a great honour when we were asked to train horses for her. John Warren approached me and asked what I thought.

“The call later after the horse won wasn’t as long but I’ll cherish it. Personally and professionally, you can only admire her.

“She presented us with a trophy at Royal Ascot but I never imagined I would go on to train horses for Her Majesty.” 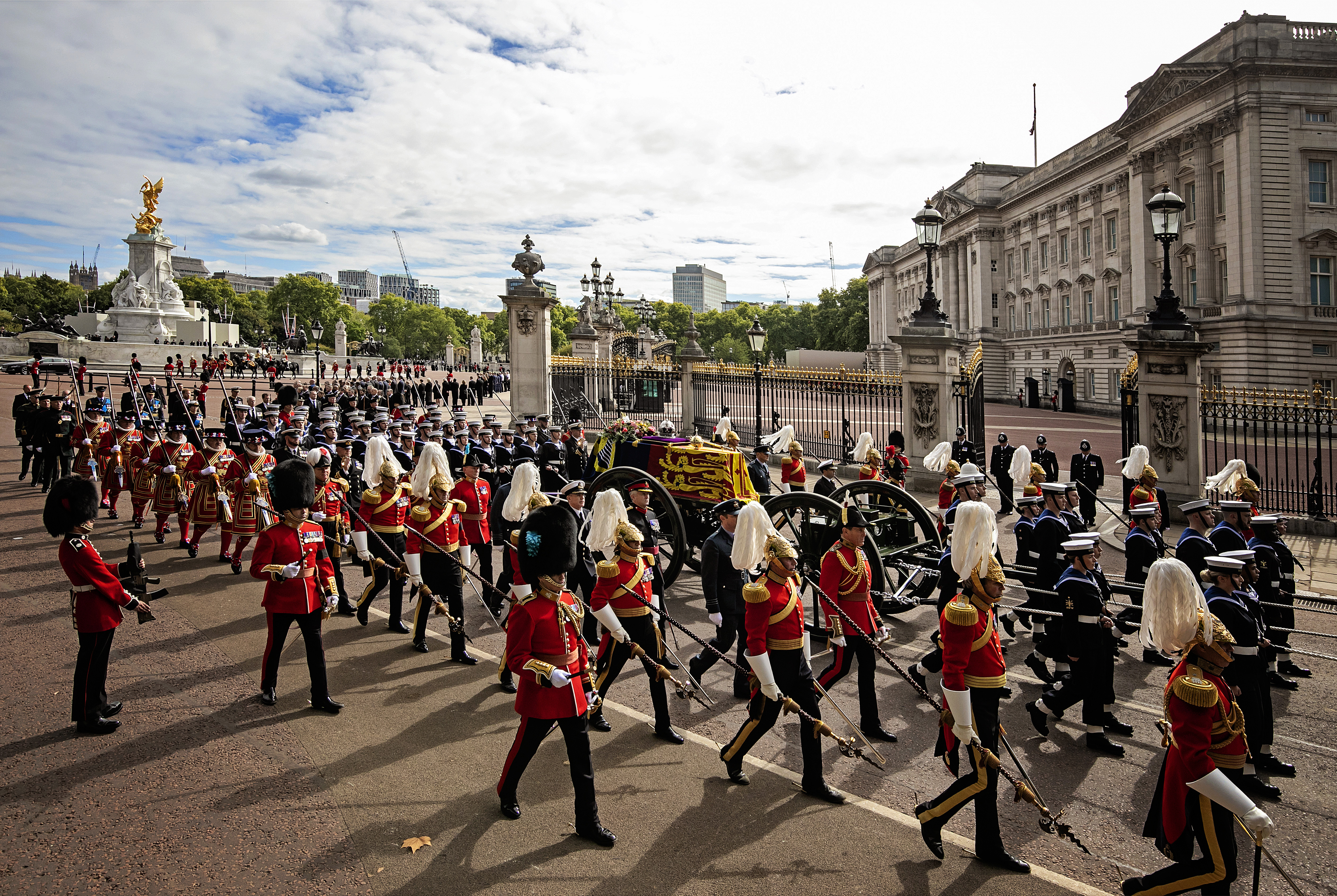 The Queen had well over 40 horses in training at the time of her death and it is thought that is the most she ever had.

They are spread across trainers all over the country, over jumps and on the Flat. Arguably, no one outside the Royal Family or her trusted team of staff had a greater friendship with Her Majesty than her racing adviser John Warren.

He took over from his father-in-law, Lord Carnarvon, following his death in 2001.

Warren was famously pictured sat next to the Queen when Estimate stormed to an historic Gold Cup win at Royal Ascot in 2013.

He was a trusted and close friend of Her Majesty and spent his last day with her on the Monday before she died at Balmoral. 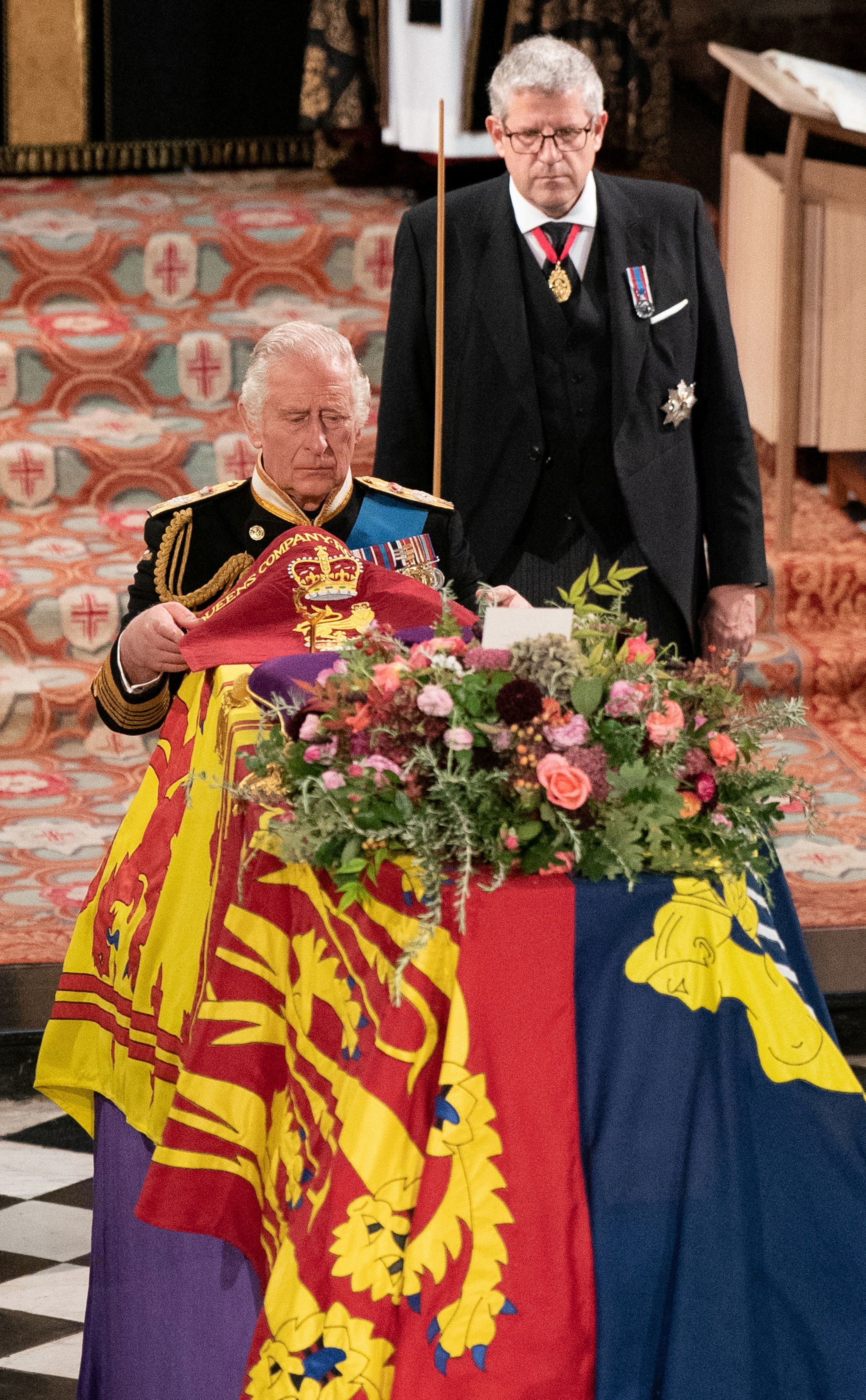 Warren, made a Commander of the Royal Victorian Order this year, said: “We sat there for hours over the weekend strategising and making plans going forward.

“And the nicest thing for me is to know she was surrounded by her family members. She was in such a healthy state of mind and in tremendous form. It’s very important to know that she was absolutely, wonderfully switched on.

“On the Tuesday evening she was in really good form, delighted she had had a winner and talked about the Prime Ministers coming in and out.

“I can hardly believe it possible that within less than 48 hours the Queen had died.”

Estimate’s Ascot triumph was a clear highlight of the Queen’s winners, of which she had more than 1,000 over the years.

But Warren also revealed the 1974 win in the Prix de Diane was also up there as one of Her Majesty’s most celebrated victories. 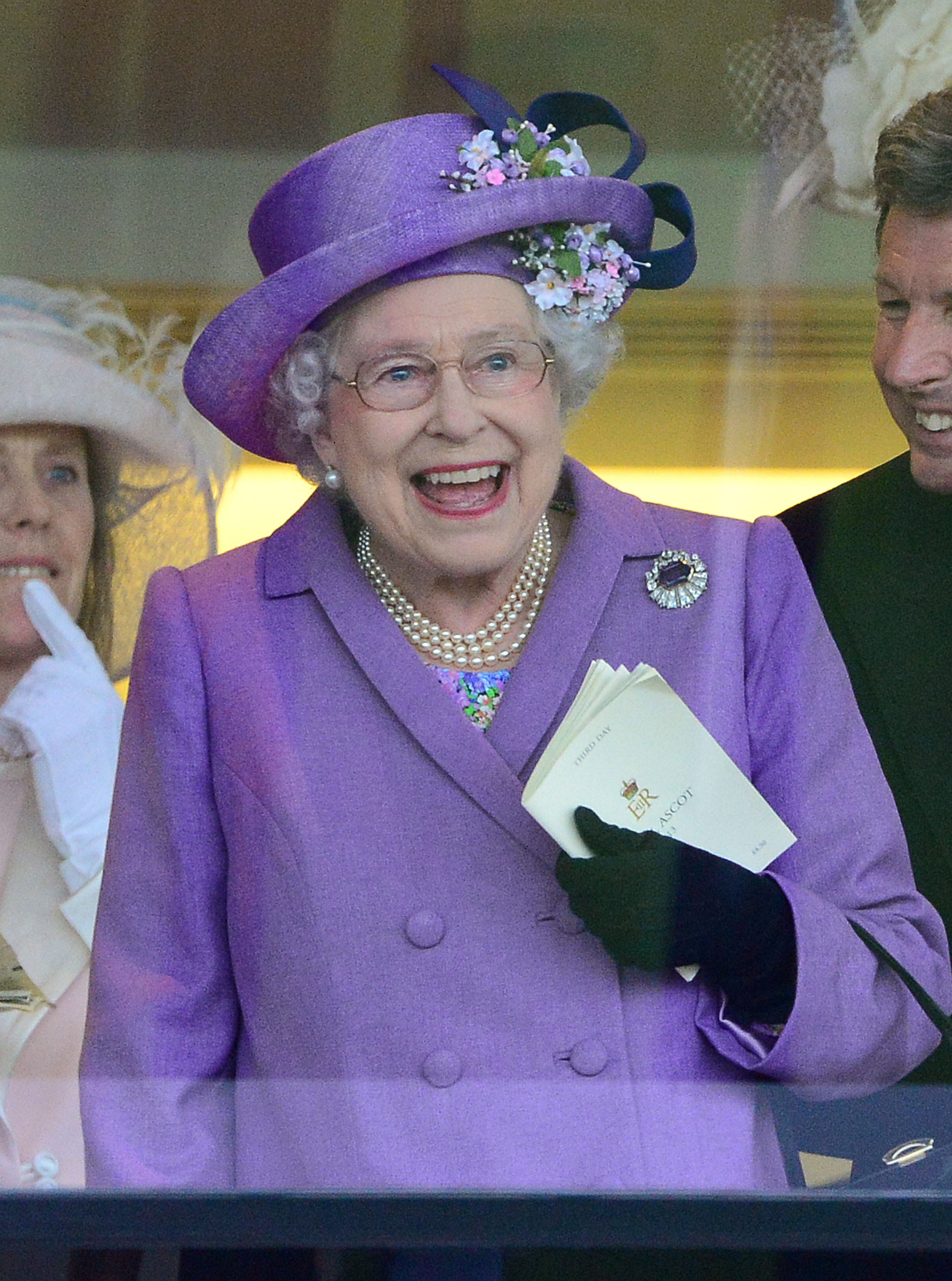 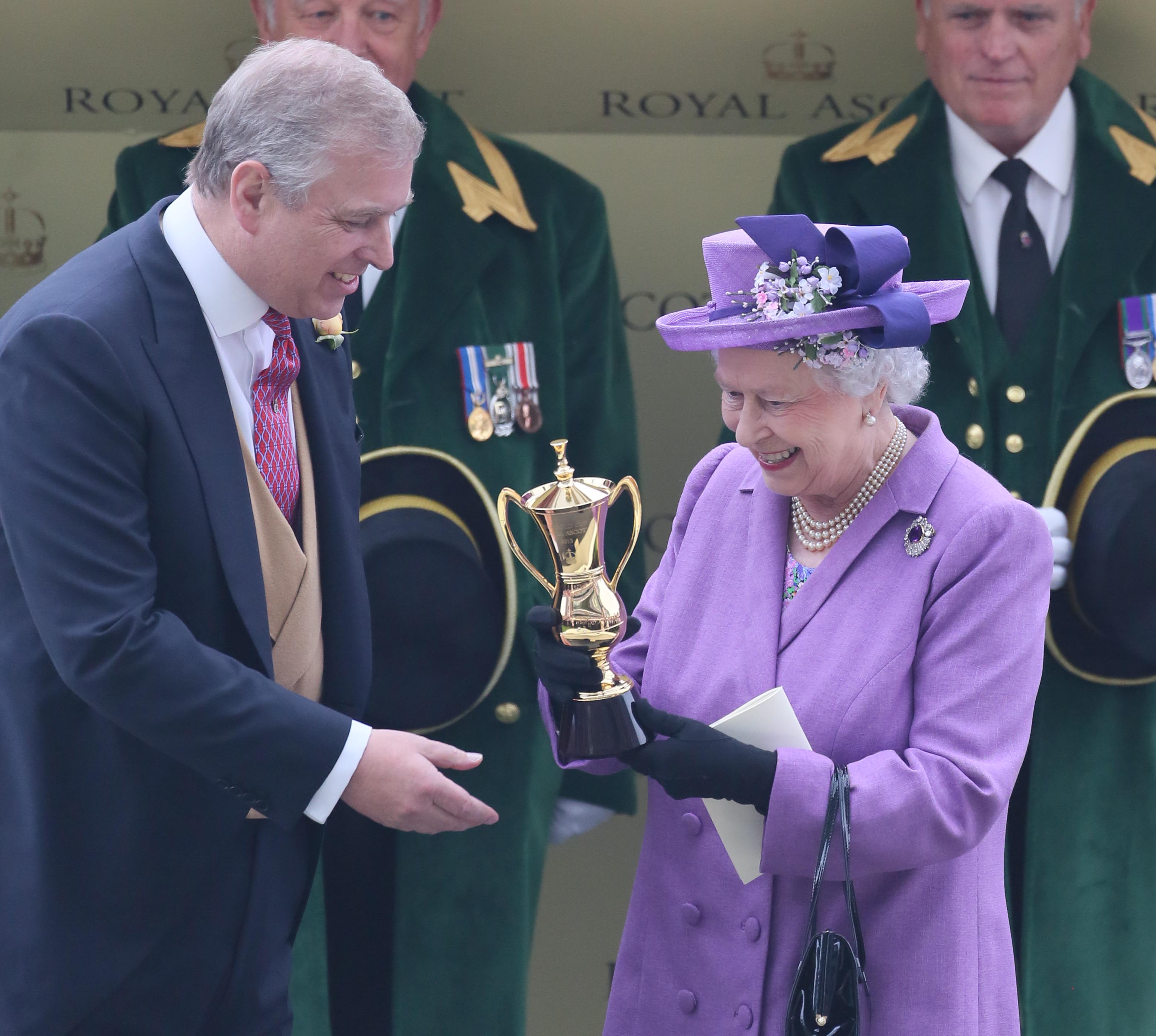 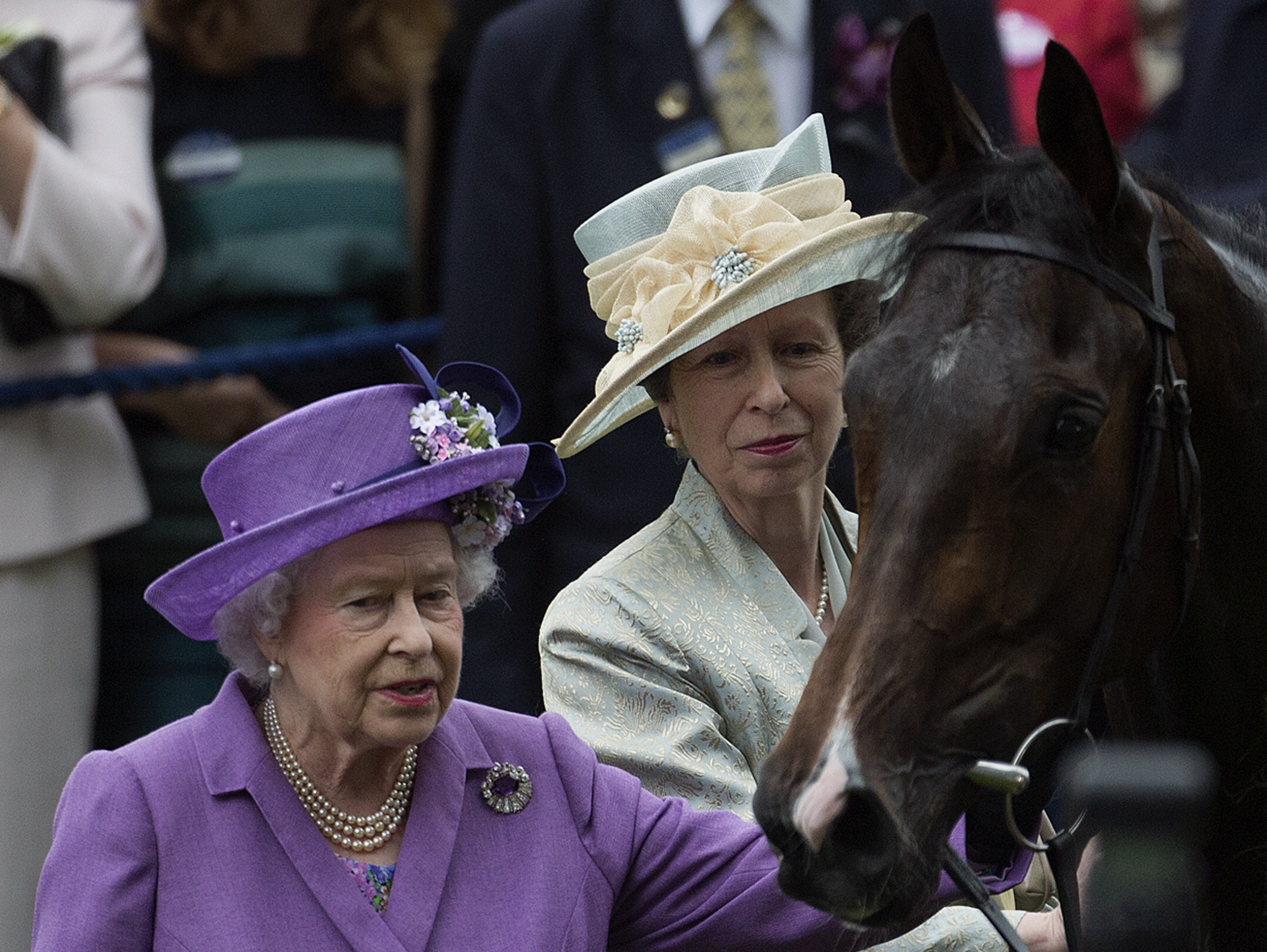 He added: “The Queen has definitely been excited and emotionally charged about having some other winners, particularly at Ascot.

"But this one was so satisfying because it is such an iconic race. Yet, Estimate’s win will always be remembered by most people.

“She practically galloped from the Royal Box to the winners’ enclosure!

“And in typical style of a horsewoman, although everyone was giving the Queen their congratulations, the Queen was absolutely steadfast to get to Estimate herself and give her a wonderful and well-deserved pat.

“That was a hugely touching thing to witness, the Queen just focusing purely on this creature that had delivered for her.

“She had a really huge tear in both her eyes, which was a wonderful thing.

Harry and Meghan appear to hold hands after Queen’s funeral

Princess Charlotte pays sweet tribute to the Queen with jewellery

“It is wonderful to know she led a long and full life. Perhaps the racing community contributed to giving her some pleasure along the way.”

The Sport of Kings will not be the same without Her Majesty The Queen.