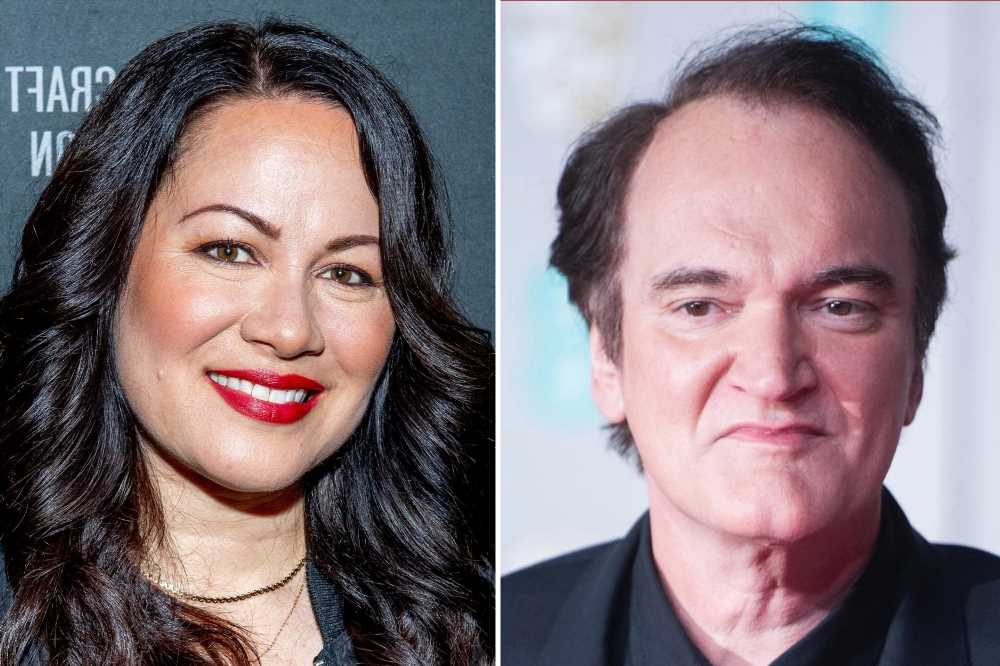 He’s not pulling any punches.

After months of backlash, Quentin Tarantino is finally addressing his controversial depiction of the late Bruce Lee in “Once Upon A Time … in Hollywood” — by telling critics to “suck” it. The “Pulp Fiction” director dropped the bombshell during an appearance on the “Joe Rogan Experience” Tuesday.

“Where I’m coming from is … I can understand his daughter having a problem with it, it’s her
f–king father!” the 58-year-old auteur told Rogan. “I get that. But anybody else? Go suck a d–k.”

He was responding to blowback over the film’s divisive scene, in which stuntman Cliff Booth (Brad Pitt) beats up a braggadocious Bruce Lee (Mike Moh) on the set of the “Green Hornet.” Detractors had deemed the doppelganger a racist caricature while the martial arts icon’s daughter, Shannon Lee, accused “OUATIH” of making her father out to be an “arrogant a–hole who was full of hot air.”

When Tarantino defended Lee’s cocky portrayal as somewhat realistic, his progeny told the Oscar-winning director to “shut up.”

Nonetheless, it appears that the “Reservoir Dogs” director is sticking by his scene.

“If you look at it [the scene], it’s obvious Cliff tricked him, that’s how he was able to [beat him,],” explained the former video store employee, adding that the sequence is more fleshed out in the novelized version of the book, which came out this week. Tarantino described that in their best-two-out-of-three Kumite, Booth let Lee win the first round to gauge his technique so that when the Jeet Kune Do founder used the same move the second time, he was able to counter it.

The aging stunt performer’s victory over the grandfather of Mixed Martial Arts was especially believable as he possessed real-world combat skills from his time in the military, according to Tarantino.

“He fought in World War II,” explained the “Kill Bill” creator. “If Cliff fought Bruce Lee in a Madison Square Garden martial arts competition, Cliff wouldn’t stand a chance. But as a killer who killed men in a jungle, he’d kill him.”

Some might even argue that Lee’s on-screen beatdown by Booth was comeuppance, as he “had nothing but disrespect for American stuntmen,” according to Tarantino.

“Stuntmen hated Bruce on ‘The Green Hornet,’ it’s in Matthew Polly’s book,” the screenwriter insisted, adding that the actor “was always tagging them with his feet and his fists and it got to the point where they refused to work with him.”

Contrary to Tarantino’s claims, Lee biographer Matthew Polly described the late legend as “very considerate of the people below him on film sets, particularly the stuntmen.” He had also said that “Once Upon A Time’s” portrayal was just “not who Bruce Lee was as a person.”

In 2019, China famously yanked the flick’s release after the stubborn director refused to recut it for local regulators.