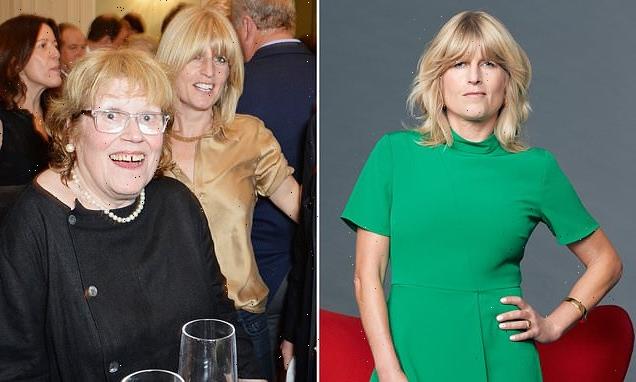 Rachel Johnson: I hope I’d be as brave as Paxo and my mum with Parkinson’s

In 1982 I went along to St Mary’s, Paddington. My stepmother was in the London hospital, having just given birth to my sister, Julia.

I had no idea that my mother was also an in-patient at the same hospital at the same time.

‘I looked out of the window, and saw you with a bunch of flowers, and thought, how lovely, Rachel’s coming to see me,’ my mother told me afterwards, in an exchange that still haunts me nearly 40 years later. ‘But you never came.’

I didn’t go to see her because I didn’t know she was there, having the brain scans and tests that would result in a diagnosis of Parkinson’s disease, aged just 40. 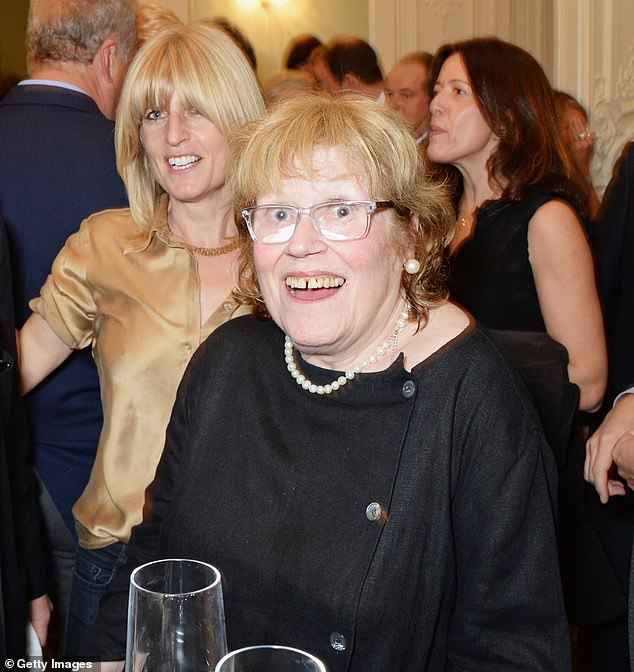 Rachel Johnson explains her hope that she will be brave if she has Parkinson’s disease, as it’s revealed 145,000 people in the UK are affected by the condition. Pictured: Rachel with her mother

My mother, a painter and mother of four, had been driving and realised she couldn’t work the pedals. She found herself on the hard shoulder on the M4 with cars screaming past, honking. As she told the family doctor later, ‘my foot felt like a flipper’.

In those days, you saw a GP in person. He or she could tell a lot simply by looking and listening, and therefore Dr Calman sent her that same day to St Mary’s.

My mother continues to have the absolute best of expert care and cutting-edge treatment across the NHS, especially from the National Hospital of Neurology and Neurosurgery, where she had electrodes implanted in her brain a few years ago.

But there is still no cure for the disease that affects 145,000 people in the UK, and is the fastest-growing neurological condition in the world. Last week, one of those people ‘came out’ and it was TV presenter Jeremy Paxman, to whom we all owe a huge debt.

No, not for being a curmudgeonly old codger who barked at his interviewees on Newsnight and who sandpapers contestants on University Challenge, but for helping to normalise a cruel disease that two people are diagnosed with every hour, but still nobody ever talks about. 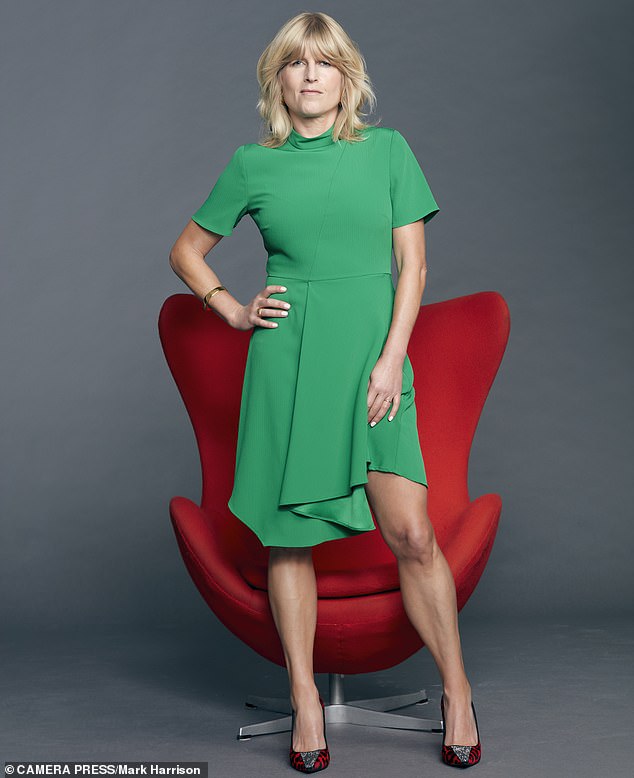 Rachel (pictured) said Parkinson’s is unpredictable and hard to spot, revealing her mother freezes and has bradykinesia

It’s only considered newsworthy or significant — let alone ‘sexy’ in media terms — if a celebrity has it (Billy Connolly, Michael J Fox, Alan Alda, Paxo) and not just someone’s mum.

Until it’s your mum.

When someone in your family is diagnosed with it, you learn very quickly how impatient and ignorant the world is of Parkinson’s.

Paxo decided to come out with his ‘horrid ailment’ before everyone called him a drunk after he fell over, face first, while dog-walking in the park earlier this year.

Parkinson’s is horrid. It is also unpredictable and hard to spot. As those posters say, ‘Not all disabilities are visible’, unless you are actually shaking. People often mistake sufferers for drunks or incompetents.

But my mother doesn’t shake. Neither do my aunts — two of my mother’s sisters, one older, one younger, also have the disease — although they can get tremors in their hands. No, my mother freezes. She has bradykinesia, a symptom of Parkinson’s when everything is much slower.

Now 78, she finds it difficult to speak, chew and swallow, and needs the constant assistance of her wonderful carer, Yamuna. But she continues to beat all comers at Scrabble.

Parkinson’s is a fact of life. One in 500 of us will get it. It offers up a grim smorgasbord of symptoms from tiny handwriting to incontinence.

Yet people still stare and tut rudely at someone who staggers, freezes, drools in a restaurant, takes ages to do something, unaware that the other person has an incurable and progressive neurological condition. It makes me incandescent with rage.

In spite of my mother and aunts all having it, only ten to 15 per cent of cases are thought to be hereditary. I’ve chosen not to participate in any genetic trials. (I may change my mind. I’ve already donated my brain, or whatever’s left of it, to a brain bank.) Que sera, sera.

I’m already 15 years older than my mother when she received her diagnosis, so I feel lucky.

I have never once heard my mother complain. If I do also have it, I can only hope I can be as brave a soldier as my mother and Paxo — but I very much doubt it.

A little advice for my sister-in-law to-be 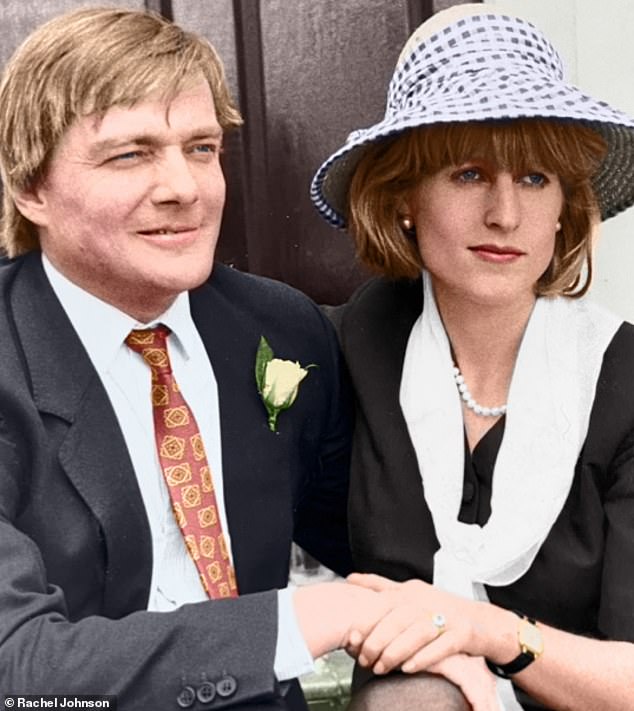 As the nation celebrates the pending nuptials of Boris ’n’ Carrie it occurs to me that I was an early adopter of the lockdown-style wedding way back in 1992. Ours was totally painless, for me anyway, which is the important thing.

We gave our 30 guests a week’s notice. (Yes, it was a shotgun wedding.) We went to Chelsea Register Office and then had lunch in a nearby restaurant that has since closed. The future prime minister and the father of the bride made excellent speeches. I wore an old navy suit from Next, and my husband paid for everything.

Start as you mean to go on, I say to all my spectacular sisters-in-law!

Tears will be Harry’s trump card 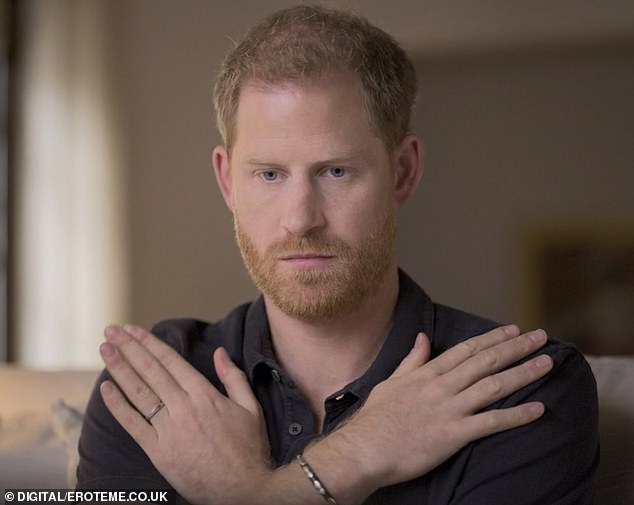 Rachel said Prince Harry hasn’t shed a tear in his podcast or documentary, and must be waiting to open the floodgates

The advance publicity for Keir’s Tears for Piers (next week’s Life Stories’ interview with the Labour Leader on ITV) is in full swing, with much focus on Starmer weeping over the deaths of his mother, his mother-in-law and family dog.

For broadcasters, tears are liquid gold and this makes me fear for the Royal Family. Thus far, Prince Harry has not shed one tear. Not in his podcast, his documentary, nor interview with Oprah (even though everyone else including Glenn Close, Lady Gaga and Oprah herself blubs in The Me You Don’t See trailer).

This is concerning. The Prince must be waiting to open the floodgates for a yet more private and emotive emission entirely…

The hairdresser was welcoming. The clothes chain Cos was delightful. But black mark to Uniqlo. I wasn’t even allowed to tie Ziggy up outside! But she is my most precious possession.

If I can’t bring her into a shop, she could be nicked, and upsold by robber Cruellas. If retailers want our custom, I suggest they welcome dog owners with the enthusiasm of a Greek waiter greeting his first, thirsty, British tourist of the summe