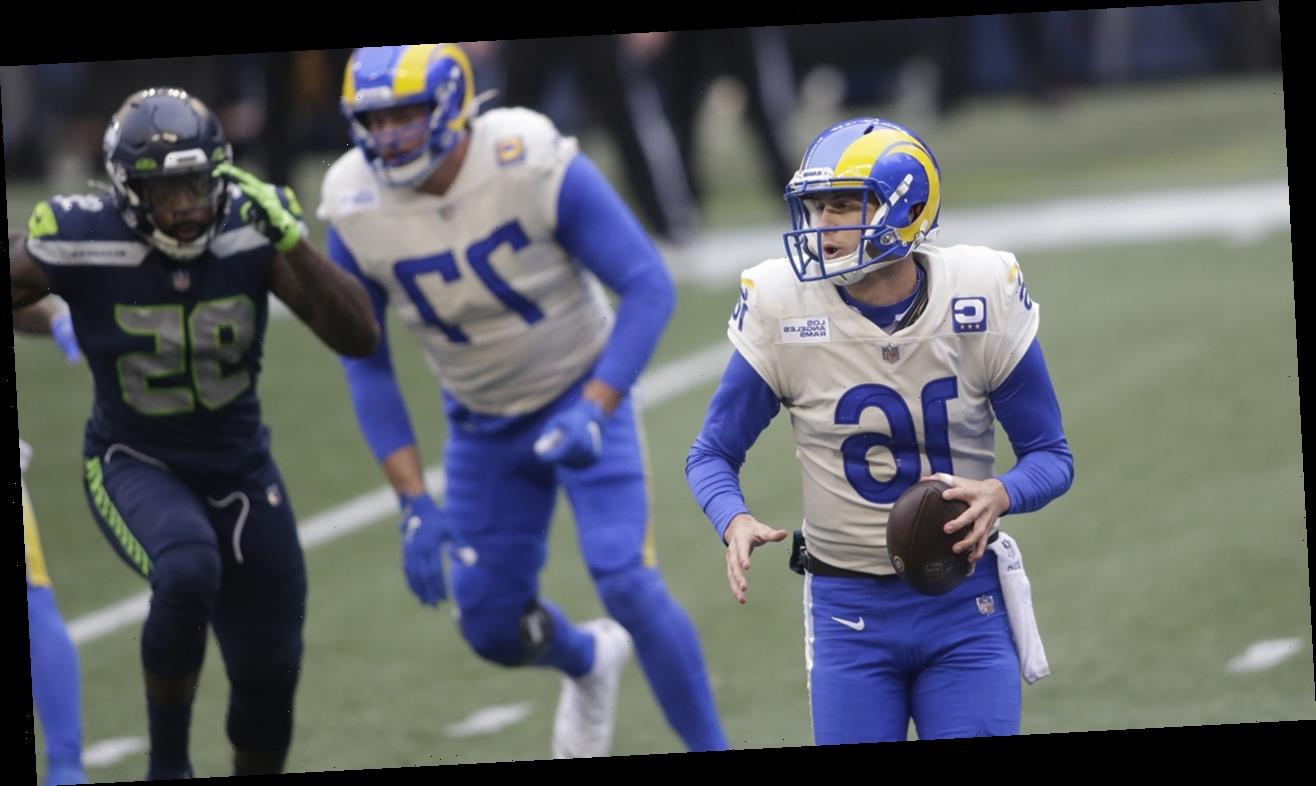 The Los Angeles Rams delivered the first upset of the playoffs on Saturday with a victory over the Seattle Seahawks on the road, 30-20. It’s their first playoff win since their Super Bowl run a couple of seasons ago.

It was all about the defense for the Rams. Los Angeles sacked Seahawks quarterback Russell Wilson five times and recorded one interception in the win. Aaron Donald and Leonard Floyd each had two sacks, and Morgan Fox had the other.

Jared Goff came into the game for starting quarterback John Wolford in the first quarter. Wolford exited the game with a neck injury and was later taken to the hospital for precautionary measures. He was 3-for-6 with 29 yards before he left.

Goff came in and was only 9-for-19 with 155 yards. He had the dagger touchdown pass to Robert Woods in the fourth quarter. Woods had four catches for 48 yards.

Cam Akers carried the offense with 131 rushing yards on 28 carries and he had a touchdown. Akers also had two catches for 45 yards in the win.

BILLS WIN FIRST PLAYOFF GAME SINCE 1995, MOVE ON TO AFC DIVISIONAL ROUND

One of Wilson’s biggest mistakes came on a screen pass attempt to Metcalf in the second quarter. Rams defensive back Darious Williams was able to read the play beautifully and return the ball 42 yards for a touchdown. Los Angeles was up 10 points at the half.

Wilson only managed 11 completions on 27 attempts. Metcalf led all receivers with five catches for 96 yards. Chris Carson had 77 yards on the ground.

The Rams were the No. 6 seed coming into the playoffs and will face either the Green Bay Packers or the New Orleans Saints in the next round.

Seattle’s season ends with a disappointing playoff run. The team won the NFC West and looked like it would have an unstoppable team with the emergence of Metcalf and the trade for Jamal Adams. Seattle will have to go back to the drawing board and prepare for the 2021 season.