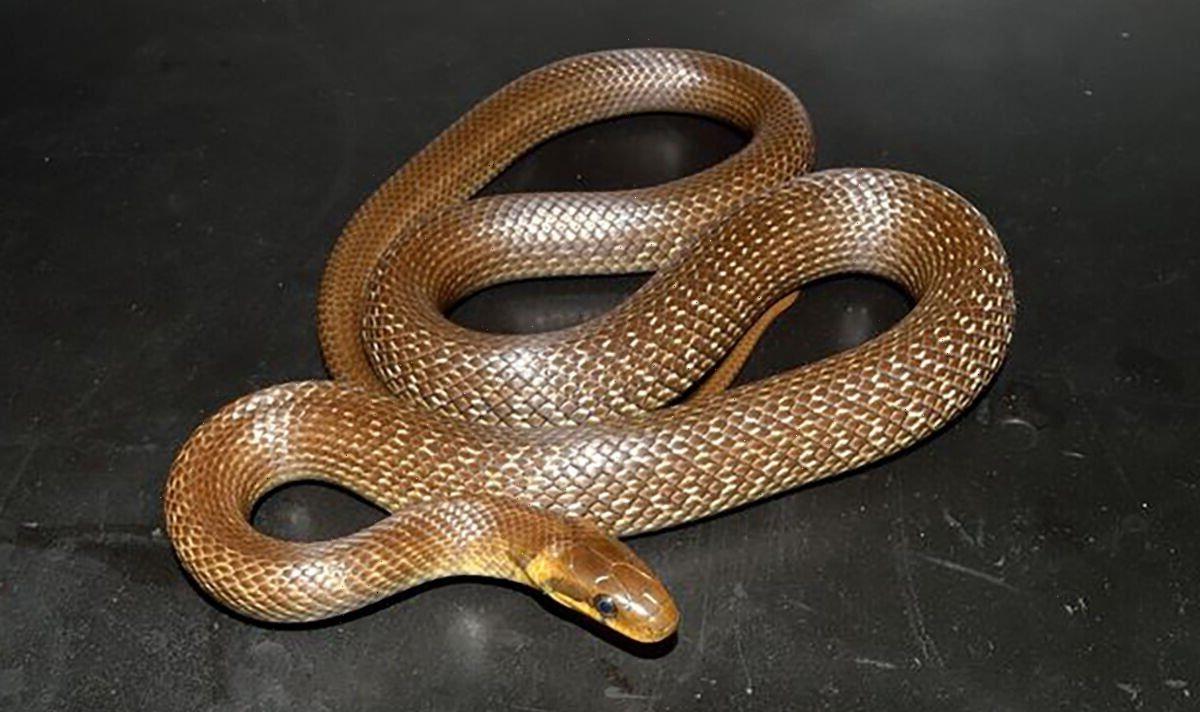 Aesculapian snakes have been clinging on since one escaped from a zoo almost half a century ago. The non-venomous snakes were imported from Italy by Robert Jackson, founder of the Welsh Mountain Zoo in Conway, in the mid-1960s.

In the early 1970s, baby snakes were found in the zoo grounds – being mistaken for grass snakes at the time – but were later identified as Aesculapian snakes.

By this point they had already started breeding and spreading beyond the zoo.

Some conservationists have welcomed the return of the species, having been native to Britain prior to the last Ice Age, reports North Wales Live.

Experts believe there is a stable population in Colwyn Bay on the north coast of Wales.

However, life if tough for a snake more commonly found in southern Mediterranean and Balkan countries, according to a Bangor University PhD student.

Tom Major, who has been studying the non-venomous snake for five years, said they are reluctant to cross over roads which limits their range.

The reptiles also struggle to find prey – typically rodents up to the size of rats.

“We found a snake yesterday that was born around September 2018 and that weighed eight grams in 2019,” he said. “Three years later, it weighed 15 grams – about the same as an HP pencil.

“Even allowing for six months of hibernation each year, and the cooler climate, it’s an extraordinarily slow growth rate. It suggests it might have eaten just once or twice in the past three years.”

In 2010, a smaller population was found living on rats along Regent’s Canal near London Zoo and just two years ago a third population was reported in Bridgend, Wales. though confirmation has proved elusive.

The Colwyn Bay colony is thought to be the UK’s largest: Tom estimates around 70 adults and 120 juveniles. In contrast, London’s snakes are thought to number a few dozen.

In southern Europe, Aesculapians can reach two metres in length, making them one of the Continent’s largest snakes.

In colder, rainier North Wales, Tom suspects they are unlikely to grow beyond 1.5 metres. Even so, they are Britain’s longest snakes.

Still, the potential discovery of large rat-eating snakes in back gardens might worry some people, though Tom said there is little cause for alarm.

“On the Continent the snake co-exists with all other species, including animals you find here such as badgers, stoats and domestic cats,” he said.

“For a naturally balanced ecosystem, diversity is usually a good thing. It is used to living alongside humans and there is little or no evidence of it causing any harm.”

Despite this, the snake is a Management Priority Species for Wales.

The Colwyn Bay population has been monitored since 2004 so that “rapid response can be taken if necessary”, said the North Wales Wildlife Trust.

Tom, whose research is sponsored by the Welsh Mountain Zoo, began with field surveys.

Last year he started radio tracking nine snakes and will be repeating the exercise this summer.

“We learnt they have a limited range, moving up to 500m per day, and are often constrained by things like roads,” he said. “They spend long periods hidden in hay bales and in the walls of buildings.”

Generally they do not avoid humans. On the Continent they can found in gardens and sheds, though they prefer old stone walls, derelict buildings and ruins.

Often, they lay their eggs in garden compost heaps and revisit the same safe places to seek refuge.

And as they feed on small rodents such as rats, the snakes tend to stay close to areas where populations are high – typically where people live.

If you find an Aesculapian snake in the Colwyn Bay area, report it to Tom Major at tom.major@bangor.ac.uk.