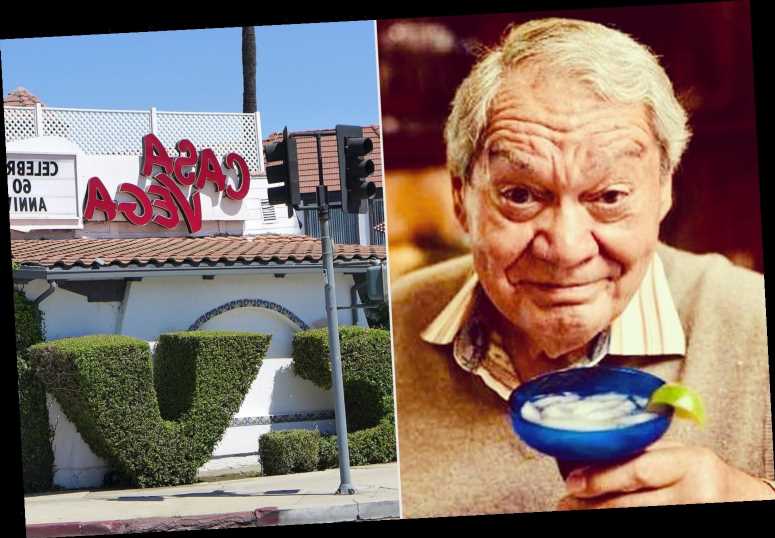 Ray Vega, the founder of the iconic restaurant Casa Vega in Sherman Oaks, has died.

The restaurant announced his death on the eatery's Instagram, writing a tribute to the restauranteur who put everything he had into his business.

"It breaks our heart to announce the passing of our founder, Rafael 'Ray' Vega," the Instagram post reads.

Vega's parents immigrated to Los Angeles from Tijuana when he was a child, and he grew up going with his parents to the restaurant they owned on Olvera Street in downtown L.A., according to the post.

Vega opened Casa Vega 65 years ago, when he was 22 years old, and "a young Mexican kid with an amazing magnetic zest for life," the caption continues.

Vega also owned many other successful businesses throughout his career.

"But his heart was always at Casa Vega," the restaurant's post says.

The post continues, "He greeted everyone with a smile, a hug and maybe a chili pepper pen, if you were lucky 😉 Ray graced the tables to make sure everyone was happy. He bought you that drink on your birthday and was always the first to get up to dance at party. He loved making sure everyone was comfortable and having a good time. Ray loved his employees. He felt we are all family."

Casa Vega has become a fixture in L.A., and is a favorite of many celebrities, including the Kardashians — who have been spotted at the restaurant countless times and have even filmed scenes from Keeping Up With The Kardashians there.