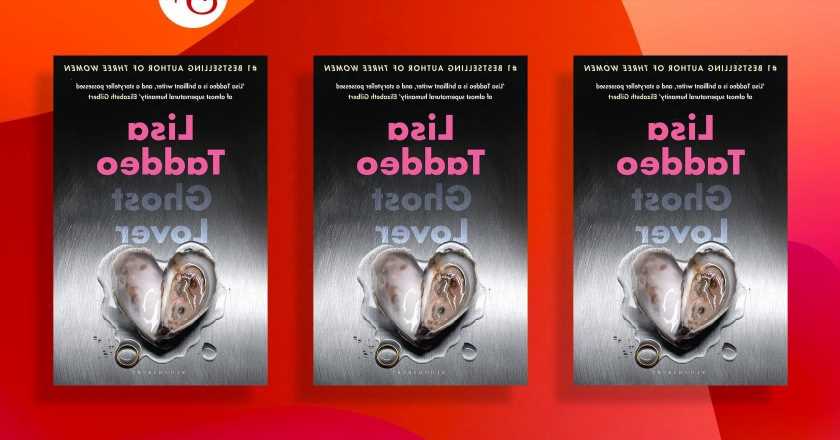 Writer Lisa Taddeo is best known for exploring the complicated inner lives and desires of modern women and her debut collection of short stories, Ghost Lover, is no exception. Read an extract from the titular story below.

You’re in line at the hipster sandwich place on a funereal block in the hills, and you don’t want to build your own. You could choose from one of the featured selections, but each is fattening. Pastrami is the polar opposite of Los Angeles.

You had wanted to make something yourself, avocado toast for example, in your gleaming kitchen overlooking the Pacific. But you were out of avocadoes and there was only a quarter stick of butter left, which meant you couldn’t yield anything toothsome. You could have had someone bring butter by, but that would have made you feel spoiled and flabby. And even though you would have wanted Kerrygold, you would have probably said Organic Valley or whatever, just no Land O’ Lakes. And the gofer would have texted no less than twice. All they have is Breakstone’s or Horizon?

And you would have sat looking at the waves thawing on your rocky bandage of beach in abject misery, waiting no less than three minutes so that the light-brown-haired girl who was younger and smaller and poorer than you would have had to tarry there, in the refrigerated section, wearing a sleeveless shirt on a gorgeous beach day, for you to reply, Salted. Sometimes, the most you could do to make yourself happy was control another being. In the end, of course, it would never work out for you. You would always, for one, be fatter than you wanted to be. Controlling other people adds about five hundred calories. A delicious tropical drink at the bar next to Nobu on the PCH has one hundred more calories, if you’re trying to make your assistant pay for the fact that you are on a bad date, by texting her while she is on a good one.

In line you open a bag of Caesar Twice-Baked Croutons. If you only eat half the bag, it will be 170 calories. There is a fly, large and slowed by the greatness of late summer, coasting low. A couple in front of you is playful. Leaning in, the young man inhales the mid-section of the girl’s hair. She turns to meet his eyes, smiling. They don’t hear the fly, which is buzzing loud at ear height. When the love-making gaze breaks the boy turns and notices you. At first he barely registers you, because you are not hot and his girlfriend is. And then he recognizes you. He punches his girl in the arm.

You feel dizzy, a crouton in your mouth the size of a nightmare. You try to chew it quietly, but there is no quiet, fast way to get rid of a crouton. There is only slow disintegration.

The girlfriend widens her eyes, in apparent recognition. The fly whirs past. Behind you the sooty screen door opens and shuts, and you take the opportunity to turn your head in its direction and chomp the crouton.

You turn back to them. Flecks of dried parsley on your lips. She wears a sleeveless Cure shirt without a bra, and side boob slaloms around Robert Palmer’s ear. Her shoulders are smooth and round. She is twenty-five. You were never twenty-five.

—You’re the reason my best friend is getting married to, like, the guy of her dreams! says the girl.

The boy smirks. Luke is the guy of her dreams?

The girl punches him and rolls her eyes. They both turn to you. —No shit, we’re going to their wedding in like two months! It’s all because of you!

You smile, though you don’t mean to. You imagine the girl’s best friend is probably a Tier III customer. Although this could have just come from watching your show. It is the only self-help show that has ever been binge-watched, on Netflix. This is something Jennifer, your PR girl, says more often than she says her own name.

—Oh my god, Pandora is going to shit herself when we tell her we met you!

The boy, by now, has lost interest. He is scraping the meat of the girl’s waist with his fingernails. Her black jeans are low waisted. Her hip bone is a seatbelt. All he wants to do is fuck her. You are more adept at reading this, you know, than anybody in the whole world.

You nod. You resolved a week ago to stop saying thank you. To be icier in general. The decision was made on a day that your sliding door was open to your balcony and a strange bird whined in the distance. The noise of it made you want to pluck its eyes out, and your own. On that day you were the furthest from God you had ever been. You never believed in Him, but on that day you could feel the whole ocean freeze. You felt your toes go bloodless. That was the day the card arrived, sailing forth over the tender shoots.

—Can I —Can we, like, get your autograph, I don’t know, or something?

The boy doesn’t care, not at all. The fact that the girl cares more about meeting you than she cares about her boyfriend in this moment makes you hate her very much, for having that power. She is lucky. A blind providence afforded her at birth, by how big her eyes were and how tall her cheekbones. At home the screen door is off its track. There is no one you can ask to fix this. There is someone, but you can’t ask him to fix it yet. You know it is too soon. That it always will be.

—Next, can I help you! the sandwich guy yells.

It’s Sunday, which for you is a whale’s throat. Blue-black and forever. People always write and call you on Monday mornings, at 10:27, when you are the busiest. On Sunday, almost never. Not even the old high school friends whose husbands have a rare form of cancer and are looking for a handout. Even those people are too full in their lives to ping you on a Sunday.

The girl and the boy turn to the sandwich guy. Uh, one roast pork banh mi and one TOAO grilled cheese, says the boy.

You remember the first time you came here, and it was with him. He showed you LA like he was opening a sunlit door through his chest. His sandwich place. Scummy but redolent with the smell of half-cooked bread, on a hill over the highway, canopied by trees. The bottles of wine inside, for sale. You could go home with a bottle of wine, and sandwiches.

—No tomatoes on the grilled cheese, the girl whispers, tugging at the boy’s soft gray shirt.

—No tomatoes on The One And Only, he says to the sandwich guy, who nods.

—Twenty even, the sandwich guy says. The boy pulls a twenty out of his pocket. It looks like the last twenty on earth, and your heart breaks a little more, when into the boy’s shoulder blade the girl whispers, Thank you.