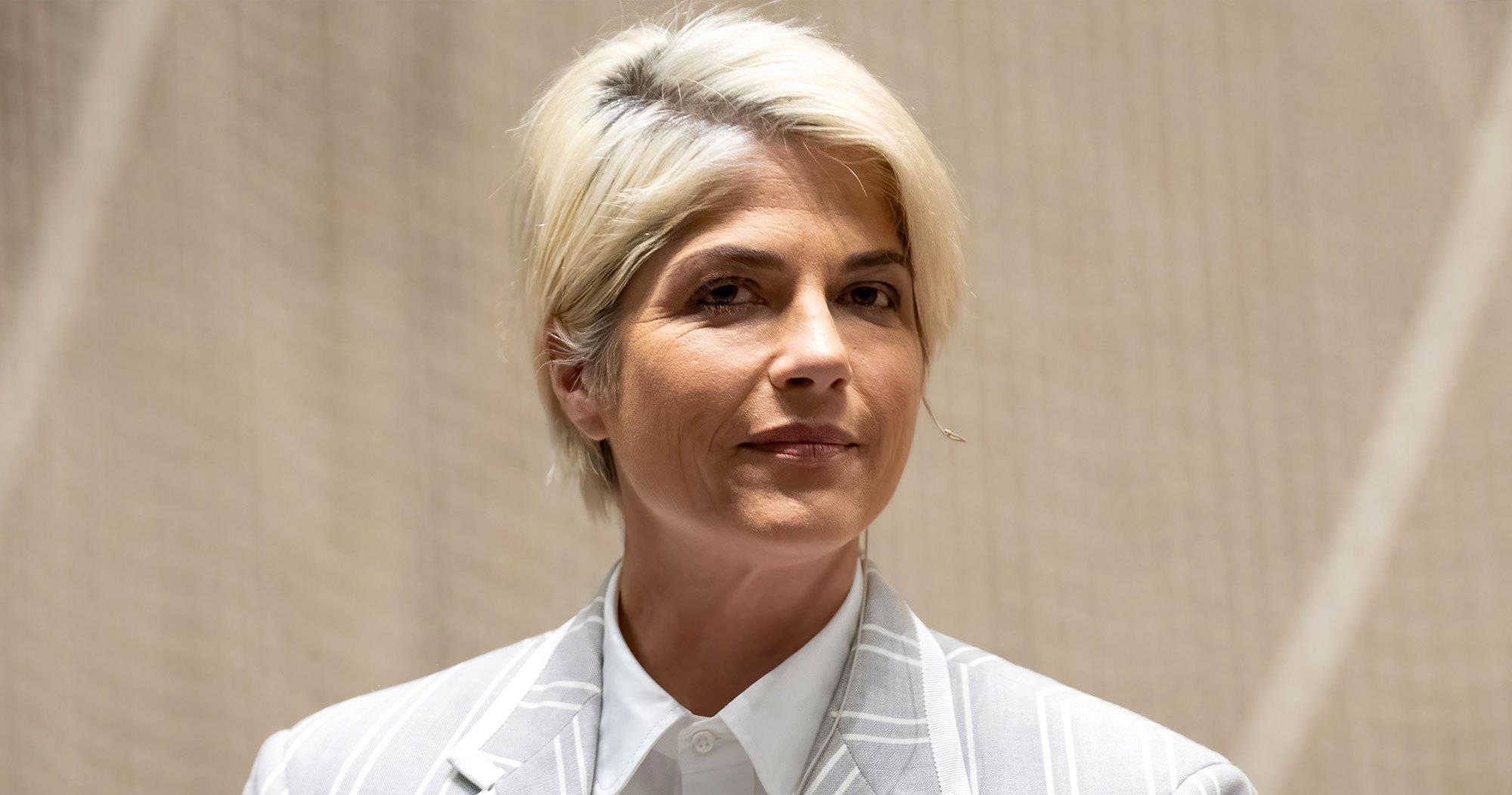 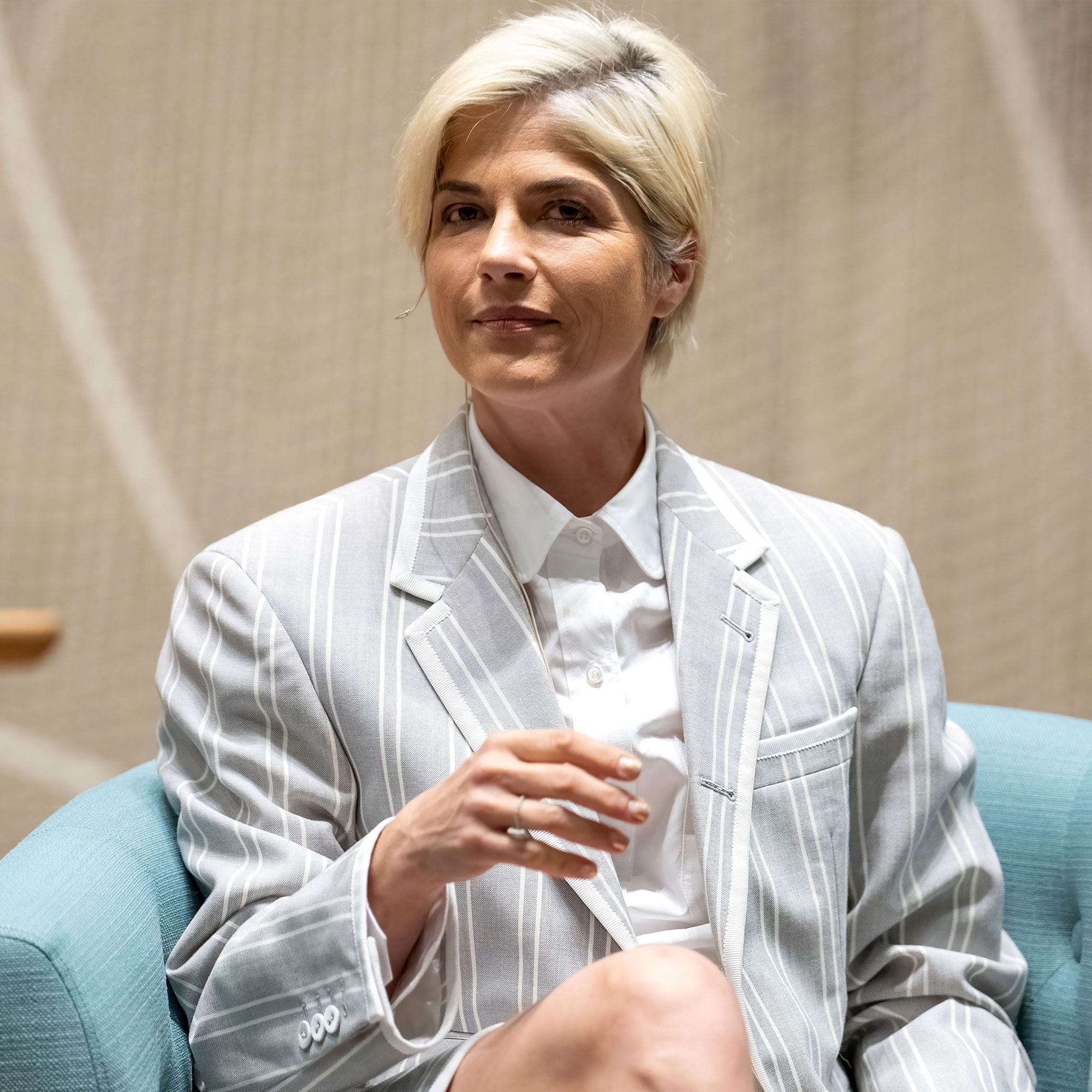 Nearly four years after Selma Blair was diagnosed with multiple sclerosis, the Legally Blonde actress is ready to dance up a storm on Dancing With the Stars.

‘Dancing With the Stars’ Season 31 on Disney+: Everything to Know

The 50-year-old After We Collided star’s casting was announced Thursday, September 8.

The Cruel Intentions star — who is set to dance alongside pro Sasha Farber — will compete alongside the likes of Bachelorette Gabby Windey, Wayne Brady, Jordin Sparks and TikTok personality Charli D’Amelio.

Witney! Artem! Cheryl! Which ‘DWTS’ Pros Are Officially Returning for Season 31 — So Far

Blair’s competitive stint on DWTS season 31 comes nearly four years after she first announced she had been diagnosed with multiple sclerosis.

“I was in this wardrobe fitting two days ago. And I am in the deepest gratitude. So profound, it is, I have decided to share,” the Michigan native wrote in an October 2018 Instagram post, in which she disclosed her diagnosis. “The brilliant costumer #Allisaswanson not only designs the pieces #harperglass will wear on this new #Netflix show, but she carefully gets my legs in my pants, pulls my tops over my head, buttons my coats and offers her shoulder to steady myself. I have #multiplesclerosis.”

She continued: “I am in an exacerbation. By the grace of the lord, and will power and the understanding producers at Netflix, I have a job. A wonderful job. I am disabled. I fall sometimes. I drop things. My memory is foggy. And my left side is asking for directions from a broken gps. But we are doing it. And I laugh and I don’t know exactly what I will do precisely but I will do my best.”

Blair — who shares 11-year-old son Arthur with ex Jason Bleick — has since been candid about navigating her health challenges through the years, even starring in her own documentary about her diagnosis, Introducing, Selma Blair, which premiered in March 2021. Despite her health setback, Blair has remained in good spirits — even feeling inspired by wearing makeup.

“I’ve been made up by some of the most famous makeup artists since I started acting, and I’ve felt so transformed by their makeup that I really did become a different person,” the Sweetest Thing actress told Town & Country in April 2021. “It was a superpower to me, and I mean this. Makeup is not trivial to me. If anything moves the needle for me in my life — even before my diagnosis or challenges — it is my gorgeous war paint.”

SMG! Reese! Ryan! ‘Cruel Intentions’ Cast: Where Are They Now?

Blair added: “I don’t mind if my muscles get caught at the intersection of a slow brain signal. I just want those words to come from lips covered in Chanel gloss.”

The Anger Management alum has even found solace in a close-knit circle of pals who’ve helped her navigate her new reality.

“I don’t think I could ever be what Selma has gone through, what she shared, the strength that she’s given people,” Sarah Michelle Gellar exclusively told Us Weekly in September 2019 of her close friend and Cruel Intentions costar. “I guess you don’t really know until you’re faced in those situations. But I think about her often.”

Dancing With the Stars premieres on Disney+ Monday, September 19, at 8 p.m. ET.