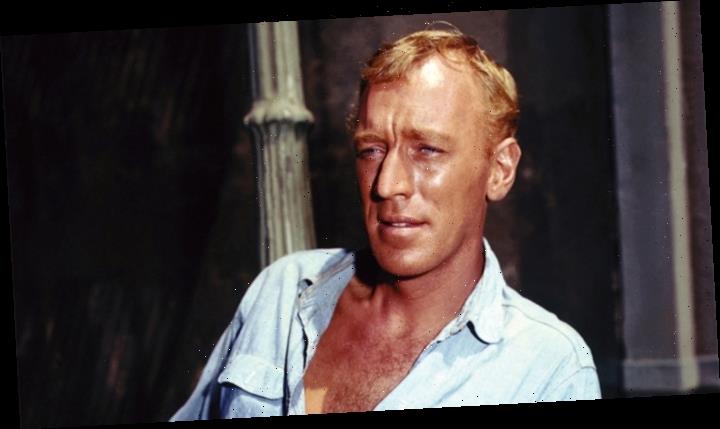 If you had to pluck one image from cinema to evoke the heady grandeur of the mid-20th-century art-film revolution, you couldn’t do better than Max von Sydow as the shimmering-coiffed, dourly ambivalent knight Antonius Block, playing chess with Death in “The Seventh Seal.”

Released in 1957, Ingmar Bergman’s film was a dark medieval mystery tour, fusing elemental drama with the thrill of “symbolism” to provide a new kind of charge for audiences. What remains remarkable about that fateful chess game is that though von Sydow was an unknown actor (he was just 27, in his first outing with Bergman), he seemed nearly as stylized as Death himself. Toweringly tall, with a tapered thin smile, eyes that twinkled even when they were in pain, and hair that fell somewhere between Nordic blond and premature white (it’s as if the character’s travails were already aging him), von Sydow cut such a striking presence in “The Seventh Seal” that he appeared captivatingly real and, at the same time, larger than life.

He exuded that same mesmerizing quality for more than half a century. Von Sydow, who died March 8 at 90, had a singsong voice and a handsome triangle face, and to those who grew up with him he’ll always be that yearning knight and the other grippingly tormented characters he played for Bergman. Yet thanks to his nimble aura of continental refinement, he was also one of the rare art-house figures to carve out an indelible place for himself in Hollywood, where he found a home playing debonair assassins, sinister bureaucrats, stately mad scientists and a variety of other sly cutthroats. His appeal stretched across generations, making him as iconic to fans of “Game of Thrones” or “Star Wars” as he was to art-house mavens.

In his 11 collaborations with Bergman, von Sydow became a haunted projection of the filmmaker’s rage, desire and despair, and the special dimension he brought to their partnership was the mystique of a supremely civilized man who had a tornado of emotion tucked inside him. The pious father in “The Virgin Spring” who takes vengeance on the brutes who raped and killed his daughter; the parishioner possessed by the specter of nuclear war in “Winter Light”; the painter in “Hour of the Wolf” ravaged by nightmares, one of which may be his own confessional memory of murder — these were outwardly refined men who harbored feelings as raw as those of any criminal.

It’s that quality, too, that informs von Sydow’s legendary performance as Father Lankester Merrin in “The Exorcist.”

Playing a man decades older than the 44 he was, von Sydow infused Merrin with the hoary compulsion to look right into the face of evil — because he knows and accepts what evil is. It’s that knowledge that grounds the film’s porno-religious fear factor, lending it a spooked credibility. Von Sydow’s performance said to the world: Believe your terror, because this demon is real. (It wasn’t, but that’s what great acting does.)

For a while, it looked like von Sydow, with his grizzled understatement, might be stuck in rural period pieces like the somberly compelling “The Emigrants” (or, later, “Pelle the Conquerer”). He’d kicked off his crossover career as the recessive Jesus of “The Greatest Story Ever Told.” But “The Exorcist” made him bankable, opening the door to his urbane CIA thug in “Three Days of the Condor” and the slew of marvelous performances that followed. Just watch him in “Hannah and Her Sisters,” giving a new kind of scabrous life to Woody Allen’s cranky-misanthrope side. Or as the ominous overseer of “Shutter Island.” And I’m not alone — and not joking — when I say that one of von Sydow’s finest hours is his devious turn as Ming the Merciless in “Flash Gordon.” The movie is a flip post-“Star Wars” lark, but von Sydow, with a head like a glowering egg, makes Ming a lascivious Darth Vader. It’s low camp turned into kitsch opera.

You might say that von Sydow’s entire career was a study in the Dark Side. Yet even in Bergman’s saturnine dream plays, he was a brooding but playful investigator, and you could almost always catch a glimpse of yourself in his characters. That’s because from “The Seventh Seal” on, he made acting into a deadly serious game.