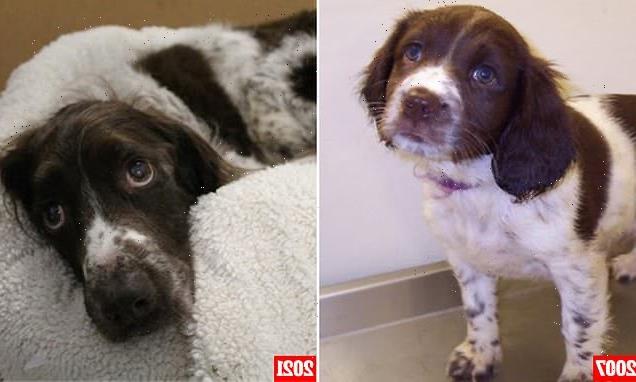 Could YOU give Britain’s unluckiest rescue dog a home? Partially blind and deaf stray spaniel adopted as a puppy 14 years ago returns to the SAME shelter after her owner dies

Britain’s unluckiest dog is back in the same rescue centre she was at 14 years after her adopted owner died.

The spaniel stray – called Tandie – was adopted as a puppy in 2007 from the St Columb RSPCA centre near Newquay, Cornwall, and had found a happy, stable life.

But 14 years on, Tandie, now an elderly pooch, has returned to the same centre after her owner died.

The RSPCA is still determined to find the deaf and partially blind dog a loving home where she can live out her last days. 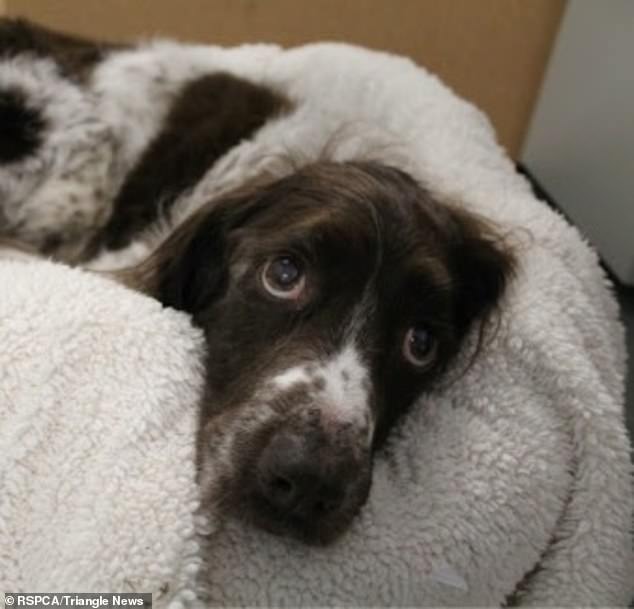 Tandie, a 14-year-old rescue Spaniel, pictured, was adopted as a puppy from the St Columb RSPCA centre near Newquay, Cornwall. Unfortunately, she has returned to the centre after her owner died

Tandie had arrived at the centre as a puppy with her mother, who had a broken jaw, and her seven siblings.

She was taken in by a loving family but has a few ailments – including being completely deaf and partially blind.

The poor pooch also has arthritis and a skin condition which she has daily treatment for.

But sadly her adoptive owner has died, and so she has been sent back to the centre in St Columb, near Newquay, Cornwall. 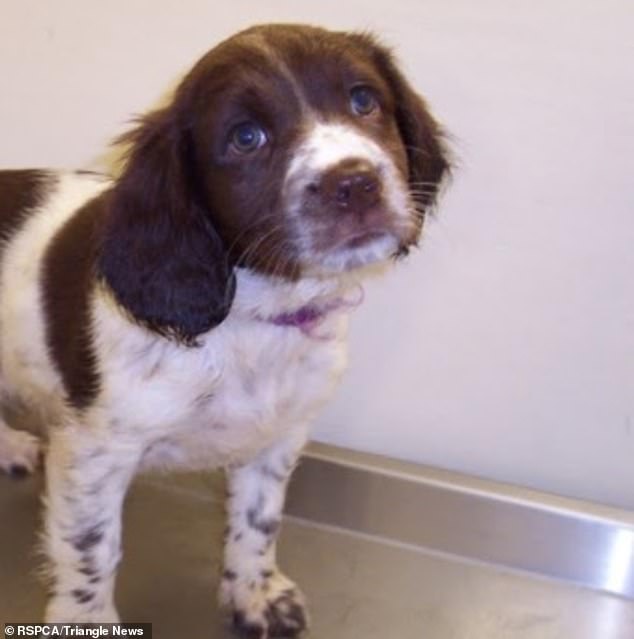 Tandie came to the centre as a puppy, pictured with her mother, who had a broken jaw, and her seven siblings

An RSPCA spokesperson said: ‘We cared for Tandie 14 years ago and we still will today.

‘She was adopted from us as a puppy and had a wonderful life with the most incredible family.

‘But, sadly, they had to make a heartbreaking decision to sign her over to us following a death in the family.

‘Her years have caught up with her since we last took care of her.

‘She has very limited vision and is completely deaf. She also has arthritis, various lumps and bumps, and a skin condition which she has daily treatment for. 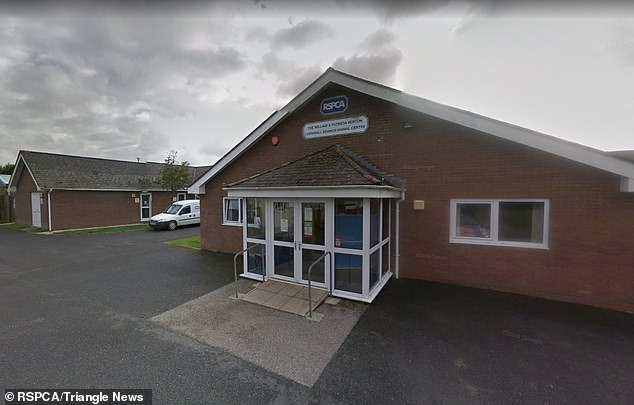 The RSPCA is hoping to find Tandie, who is deaf and partially blind, a loving family that will take her out of the centre

‘For these reasons, we’re looking for an end of life foster home locally to our centre so that we can continue to financially and medically support Tandie, and her fosterers, for the rest of her days.

‘Tandie started her life with us and we think it’s important that we’re here with her until the end.’

Staff are looking for a quiet home and tidy home where she can learn the layout easier and won’t bump into things, as well as a secure garden.