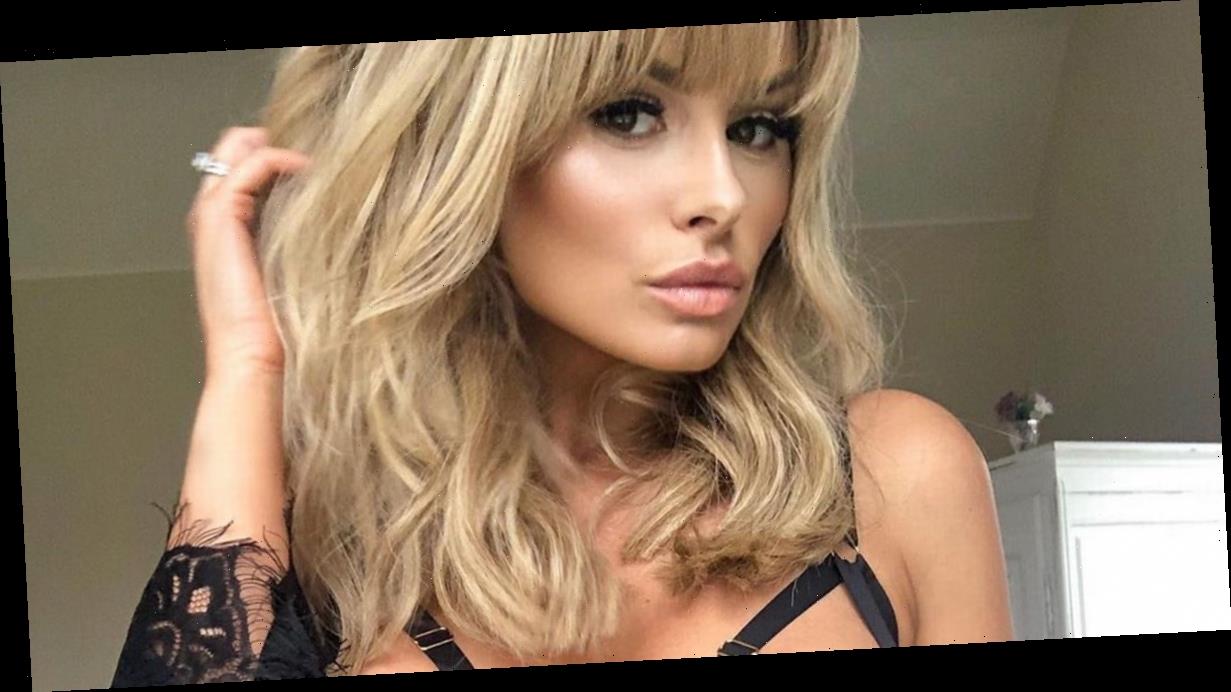 Rhian Sugden reigned over Page 3 for 13 years and hasn't shown any signs of slowing down with her racy snaps which frequently delight her loyal fans.

Last night, the blonde bombshell set the pulses of her 426,000 Instagram followers racing as she seductively posed wearing nothing but a see-through bra which barely contained her bosom.

The black bra, which fastened between her breasts made with mesh material highlighted her assets, which were on full display in the snap.

Rhian made sure to cover her nipples with the clever placing of her arm on one side and the lining of her bra on the other.

One fan exclaimed: "Best pic of you EVER!"

While a second went on to add: "Always, I repeat always a beautiful young lady!"

Meanwhile, a third follower went on to say: "Flawlessly beautiful."

Rhian also treats an exclusive amount of her followers to daily content on her OnlyFans account, which is priced at $14 per month.

Her bio reads: "A place you can see exclusive photo shoots, unseen selfies and BTS video of my life.

"My page is all about interaction as well as daily uploads!"

She also points out that there is no nudity on display.

Rhian recently opened up about her battle with IVF which is said to have left her "broken".

After being told in September that a round of treatment hadn't been successful, she and Oliver remained hopeful and vowed to try again.

Following a gruelling 10 days of hormone injections, the beauty remained hopeful that the treatment had been successful.

The pair were later informed that there was only 2% of being successful – she later found out that one egg had fertilised.

Their hopes were dashed just one week before Christmas when a test came back negative.