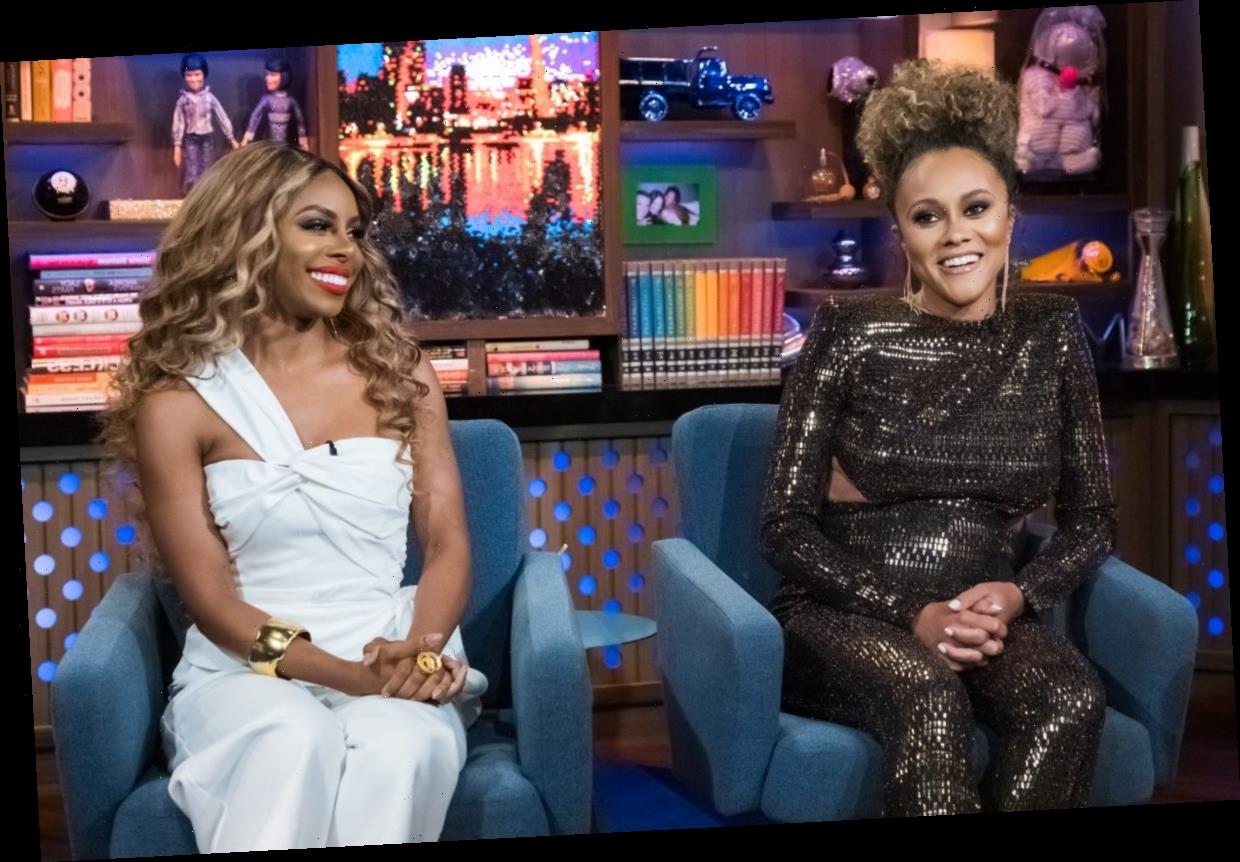 During the last season of The Real Housewives of Potomac, close friends Monique Samuels and Candiace Dillard fell out after Samuels befriended Dillard’s “rival,” Ashley Darby. Samuels and Dillard then got into a physical altercation during season 5. Darby sided with the podcast host and chose to make a statement detailing the infamous butter knife incident on Samuels’ behalf. While Darby cites loyalty as her reasoning, Dillard feels the new mother had a “selfish” motive.

Candiace Dillard at odds with Ashley Darby and Monique Samuels

When former Miss United States joined RHOP in season 3, she initially got along well with other younger co-stars, Ashley Darby and Monique Samuels.

However, she and Darby began butting heads in the following season when Dillard believed Darby’s husband inappropriately touched a camera operator.

Additionally, the former Miss United States refused to validate Darby’s pregnancy journey and spoke negatively about her while she gave birth. Samuels disagreed with Dillard’s treatment of the new mother, causing the two to fall out.

The podcast host later stood by the Darbys during the court case. Although Samuels and Dillard attempted to work through their problems, they failed to properly communicate, resulting in a physical altercation between the former friends.

Darby admitted she wrote a statement in support of Samuels

During a verbal disagreement, Dillard began waving her hands in Samuels’ face, an action the podcast host claims “triggered” her. She then grabbed her ex-friend by the hair and hit her on the back of the head several times before producers separated the ladies.

Samuels later met with the other housewives who witnessed the fight and insisted she “blacked out.” However, the podcast host admitted she didn’t feel any remorse for her actions at the time.

Even though Samuels realized where she went wrong in the fight, she failed to reach out to Dillard and apologize. Therefore, the former Miss United States decided to file a complaint with the court, resulting in second-degree assault charges.

Samuels, a mother of three, countered because she said she didn’t want to go to jail without the judge hearing her side of the story. For her defense, the podcast host asked Darby to make a statement recounting tense interactions with Dillard.

Dillard feels Darby made statement to the court for ‘selfish reasons’

Although Darby went to the bathroom during the physical altercation, she quickly took Samuels’ side, wanting to repay the loyalty.

Believing the podcast host had more at stake than Dillard, the 32-year-old wrote a statement about the “I See You” singer’s character, noting the memorable argument between the two that ended in Dillard hurling a butter knife in Darby’s direction.

The new mother also told the judge about the former Miss United States’ hurtful and harsh tweets about her. While viewers will see Dillard’s reaction to it during the Nov. 22 episode, she touched on it a week earlier on Watch What Happens Live with Andy Cohen.

The former Miss United States noted she was “disgusted” and “shocked” to hear about the statement. The singer also called Darby’s actions “selfish,” “foul,” and “low down” and believes Darby did it to “get back at me” instead of helping Samuels. The Real Housewives of Potomac airs Sundays at 9/8c on Bravo.