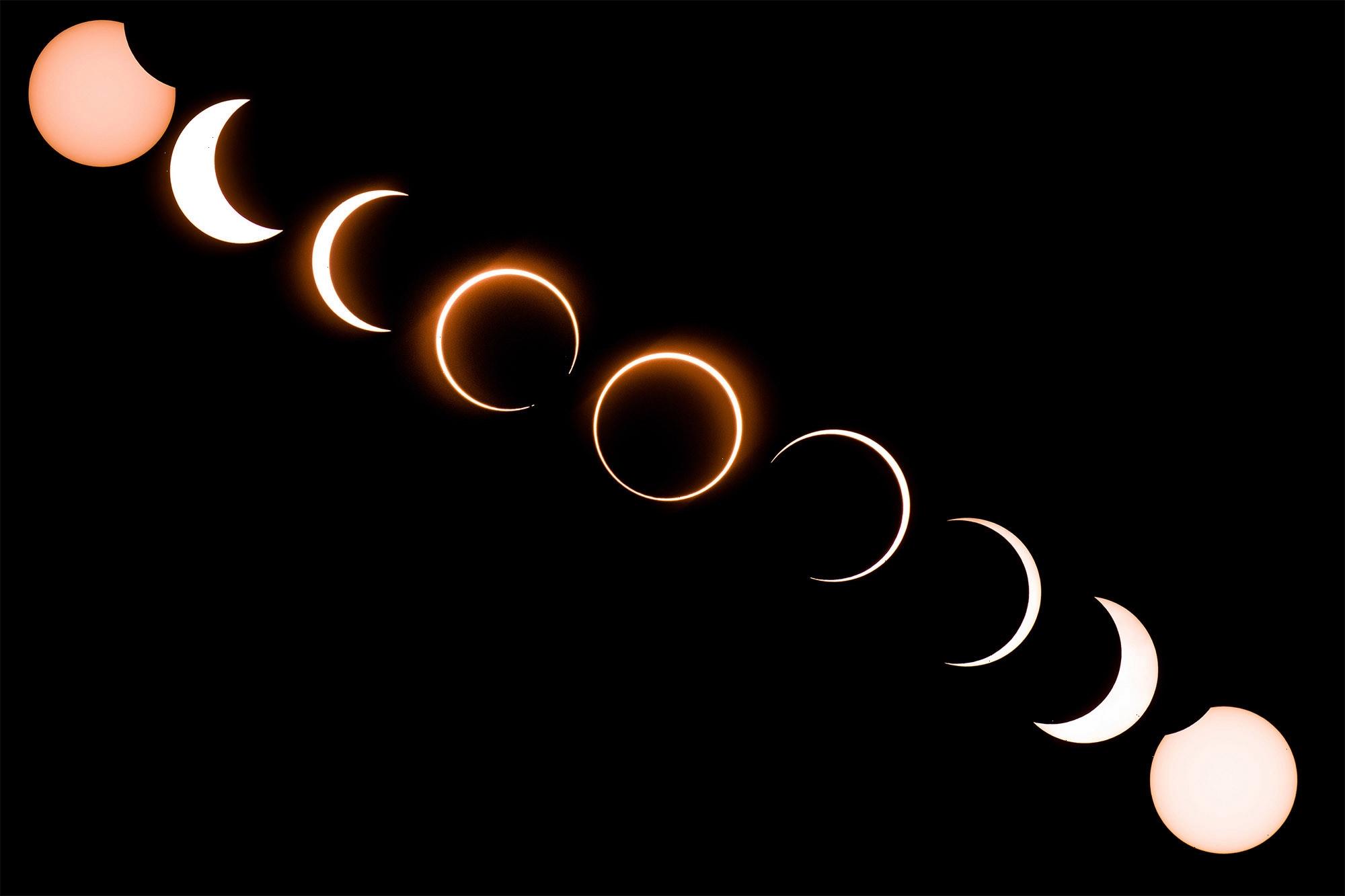 Eta Aquarid meteor shower peaks this week: Here’s how to see it

Lyrid meteor shower peaks April 22: When, where, how to see it

The early bird gets the worm — and on Thursday, June 10, the early riser will get quite the stellar sight.

A stunning “ring of fire” solar eclipse, otherwise known as an “annular” eclipse, is not only a rare occurrence but one that will also grace the sky over parts of the Northern Hemisphere that day. And depending on where you are on Earth, you’ll either see the fiery ring that its name suggests, or a cool-looking eclipse that resembles the sun with a bite taken out of it.

Most of all, it will give onlookers an overwhelming sense of how small we really are in the universe.

“It’s a moment that you can be participating in that’s something far bigger than yourself,” said Jackie Faherty, Ph.D., an astrophysicist at the American Museum of Natural History in New York City. “It’s a reminder of our cosmic neighborhood, and the sun and moon are major factors — they’re putting on a show, and it’s something we should notice.”

That said, here’s what you can expect — and how you can take part.

What is a ring-of-fire solar eclipse?

This is where the ring-of-fire eclipse gets its name, and it has to do with how much the moon covers the sun as it passes between the star and Earth. On Thursday, the moon will simply be too far from Earth in its orbit to block the sun completely.

“In this particular case, the maximum amount that’s going to be covered … for any given ring-of-fire location is 89%,” said Faherty. “So 11% of the sun for any of those locations in northern Canada, Siberia and Greenland, they will get 11% of the sun that will appear in a ring around the moon.”

Of course, this phenomenon is also called an annular eclipse, from the Latin root “anulus” meaning “ring.”

What matters most: It has a fantastic look to it. June 10 also marks the new moon — and it’s the moon’s black silhouette that helps give off a dramatic sight for certain onlookers that day. Just be sure to wear proper solar-viewing protection to prevent eye damage while looking; the American Astronomical Society has a list of trusted vendors where you can purchase some. Those near New York City can also book a timed reservation to the Museum of Natural History to pick up a pair at the gift shop for around $6.

But “certain onlookers” is the operative term here. The actual ring-of-fire effect will only be visible in those northern, and remote, areas of the globe. It begins at sunrise north of Lake Superior in Ontario, Canada, then goes to northern Greenland, where the most dramatic ring-of-fire effect will be seen, before going over the North Pole and ending at sunset in northeast Siberia.

People in the US — particularly those in the Northeast, and parts of the Midwest and South — won’t see the ring of fire happen. Those of us in those areas will only see a crescent. In New York City, the sun will have a particularly quirky shape.

“As it rises, [the sun is] about 70% blocked by the moon and it makes this shape that is commonly called the ‘Devil Horns’ shape because it looks like a devil’s horn as it’s coming up,” said Faherty. “It’s a really cool sunrise event, so that is the special thing for New Yorkers.”

When is the ring-of-fire solar eclipse?

In New York City, the eclipse begins before sunrise. On Thursday, the sun rises at 5:24 a.m. and onlookers will see the eclipse reach its maximum — “72.5% coverage of the sun,” said Faherty — just 8 minutes later. In New York, the total eclipse duration will last just over an hour. Overall, the entire eclipse lasts for an hour and 52 minutes.

How to view the ring-of-fire solar eclipse

No matter where you are in the eclipse’s range, you need to have a clear view to the east.

“It’s a low-horizon event, which is both a good thing and a tricky thing, because you want the horizon in the picture,” said Faherty.

In New York City, that means ideally getting yourself on a higher elevation, such as a tall building’s rooftop, that has eastern views.

But she has one caution for city dwellers. Looking east from Manhattan can be tricky because Queens, Brooklyn and the Bronx all have their own skylines.

“You want to make sure you’re not staring at some huge building in Brooklyn,” she said.

Again, remember those solar glasses. And if you’re using binoculars, or a camera for those perfect eclipse shots, you’ll need a filter to put over them to prevent eye damage.

When is the next solar eclipse?

The next solar eclipse won’t be visible to galaxy geeks in our part of the world. A total eclipse of the sun will happen on Dec. 4, 2021, but in the Southern Hemisphere. On that day, onlookers on Africa’s southern tip, Antarctica and southeastern Australia will get quite the sight.