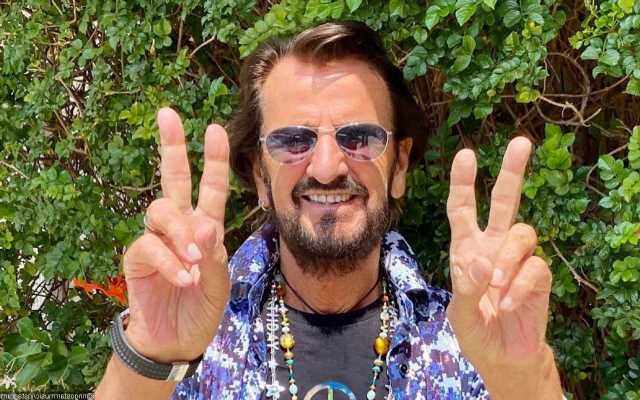 Forced to call off all his All-Starr Band commitments in 2020 and 2021 by the pandemic, the former Beatles legend admits that plans to hit the road again still makes him wary about risking his health.

AceShowbiz –Ringo Starr isn’t sure he’ll tour in 2022, because the COVID-19 situation is still “dodgy.”

The former The Beatles legend called off all his All-Starr Band commitments in 2020 and 2021 due to the pandemic, and although he has the opportunity to head out on the road next year, he is still wary about risking his health.

“They’ve sent me the itinerary over for next year but it’s impossible to say if it’s on,” he says. “I’m saying in my heart it’s on, but let’s see where we are. Getting through the pandemic has not been easy but what has made it easier for me is that I’ve had the chance to make music and hang out with other musicians.”

“Last year, we’d all be tested before we joined up together and this year we’ve all had our jabs, so we hang out. It’s been a very strange year but when the tour dates come up I think to myself, ‘I want to be on tour.’ But it’s not going to happen, that’s just the truth of the whole deal. It’s still dodgy.”

Just weeks earlier, Ringo released a brand new EP, “Change the World”. About the mini album, the 81-year-old previously expressed his gratitude to “some new friends” who helped him recorded the new tracks at his Roccabella West home studio in California.

“I’ve been saying I only want to release EPs at this point and this is the next one,” he spilled in an August interview. “What a blessing it’s been during this year to have a studio here at home and be able to collaborate with so many great musicians, some I’ve worked with before and some new friends.”