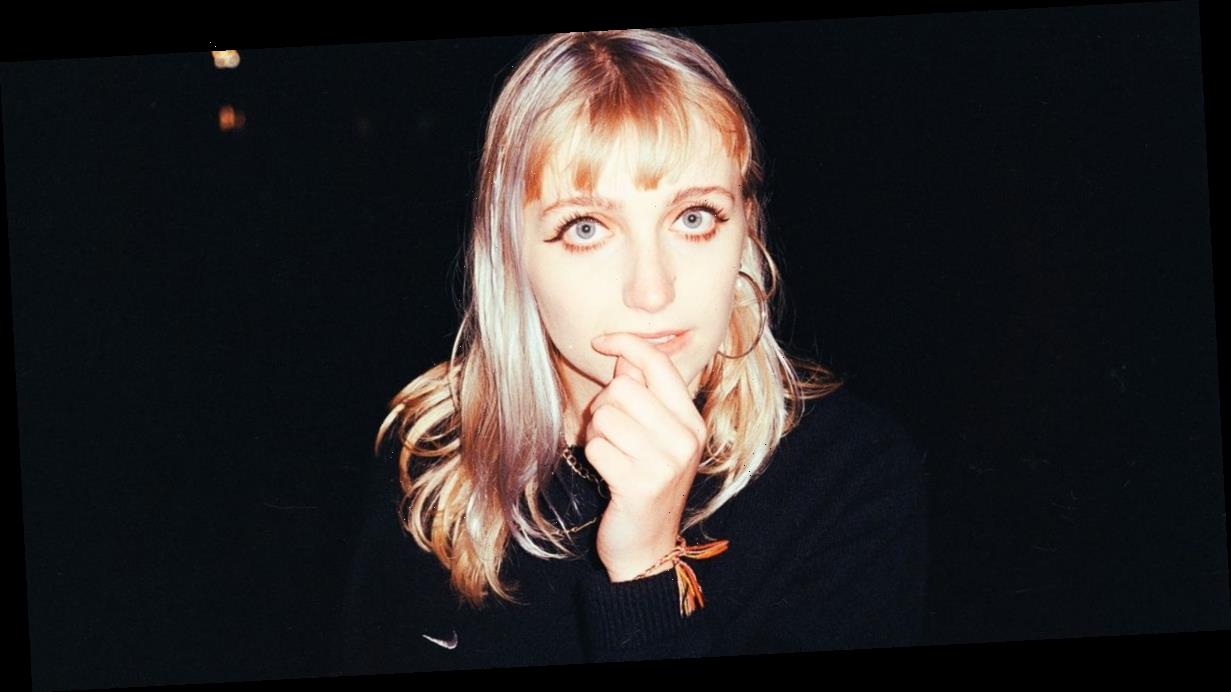 Meet Manchester’s Abbie Ozard – a DIY singer-songwriter ready to whisk us away from 2020’s gloom and into her sparkling, dream-like world.

The emerging talent has been a bright spark in a traumatic year thanks to the woozy technicolour single TV Kween and follow-up True Romance, which, inspired by the 90s film of the same name, sees Abbie imagining life as its lead character.

“I watched the film during our first lockdown, and when I was watching I just kept pausing it because every single still in the film was so beautiful and inspiring”, Abbie told Daily Star Online about True Romance.

The Rich Turvey-produced track is the latest statement of intent by Abbie, who’s already toured with the likes of Lauran Hibberd, Whenyoung and Phoebe Green.

Her luscious, guitar-driven sound takes inspiration from the likes of Mazzy Star and 80s powerhouses The Smiths and The Cure; influences she thanks her parents for.

She been backed by the likes of Huw Stephens and Jack Saunders on Radio 1, and Chris Hawkins on BBC 6 Music, and has 2 million streams already under her belt.

And with live slots at Liverpool Sound City and Live At Leeds pencilled in for next year, 2021 is set to be a breakthrough year for Abbie Ozard.

Daily Star Online’s Rory McKeown caught up with her to talk about her career so far, lockdown life, True Romance, working with Rich Turvey, and how Manchester's moulded her.

Hi Abbie. It’s been a strange year for us all. How has 2020 been for you? How have you navigated lockdown as an artist?

“Hey! Yeah it’s been a weird one for sure, don’t get me wrong it’s been a massive struggle not being able to play any gigs this year and I have my days where I feel super sad about it but I guess everyone’s in the same position, you know?

“I think this whole corona thing has made me think differently about everything creative. It’s flipped music on its head and it’s forced me to do everything differently, which has resulted in some really cool stuff actually.

"TV Kween was written on Zoom and all the videos I’ve been releasing this year have just been filmed/directed by me and my best mate; they're my favourite yet so it’s not all bad news!”

You’ve just released your new single True Romance, inspired by the Quentin Tarantino film of the same name. What was it about the film that set off a creative spark to write a song?

“I watched the film during our first lockdown, and when I was watching I just kept pausing it because every single still in the film was so beautiful and inspiring.

“It’s rare when a film has such a heavy impact on you but I couldn't stop thinking about it for days after, like how besotted Alabama and Clarence were with each other and how chaotic the story line is. It’s just such a sick film and I wanna be in it haha!”

The track was co-produced by Rich Turvey. What did he bring to the table?

“I think Rich has helped me mould my sound loads. I feel like for a couple of years I didn’t really feel like I’d achieved the sound I wanted but after writing and producing a bunch of tunes with Rich I feel like I’m starting to cement a vibe and it feels really cool.

“As well as being an unreal producer and a good mate he also knows all the best jacket potato and sandwich spots in Liverpool so he fully ticks all the boxes.”

You’re based in Manchester, a city with a rich, musical heritage. How has it moulded you into the artist you are today?

“When I was at uni in Manchester I experienced a few mad life changes and I think that’s what inspired me to write the most.

“Going from a small home town to this big city made keeping friendships and relationships at home way more difficult than I thought, and I had to break away from my first relationship.

“I didn’t know what to do with all these weird sad and sporadic feelings I had so just decided to turn them into songs, and that was a really good outlet at the time. I’m living here full time now and feel so settled which sometimes makes writing a lot harder – but being around so many different kinds of people and seeing my friends go through the motions feels really inspiring.”

When did you first get into music?

“I can't really pinpoint a certain moment in time when i first got into music, it’s just always kinda lingered there. I started playing piano and I was in a church choir when I was little, I got kinda bored of playing classical music and thought it was very uncool at the time (which it isn’t might I add!) and started learning guitar and writing really bad songs when I was about 14.”

Who are you inspired by – musically or personally?

“My parents and my sister have probably been my biggest influence. Me and my sister used to share a room and listen to bands like Panic! At the Disco and No Doubt – Gwen Stefani was our hero haha.

"My dad is also a huge Bowie fanatic, and he introduced me to artists like Mazzy Star who has always been a huge inspiration. My mum loves The Cure and The Smiths as well. All of these tastes have moulded my head into one big musical mess.”

You’ve been backed by the likes of Jack Saunders, Huw Stephens and Abbie McCarthy. What does it mean to you to have that support as an emerging artist?

“It means so so much! I never thought it would really come to much, as I planned on keeping my music to myself, mainly because I used to find the lyrics well embarrassing and cringey.

“My dad told me to release the music that I’d done, so for that he is a legend. I’m very grateful for all the support I’ve had from these people, it’s propelled me to keep releasing and it’s made me wanna see people sing along at gigs and use the songs to help them through the tricky bits of life that they’re going through.”

You’re been selected to perform at next year’s Liverpool Sound City and Live at Leeds. With the live music scene being shut down for the past few months, how much are you looking forward to getting out there and playing again?

“I’m literally so excited to play a gig again I can’t even tell you! I’m buzzing to get the band and my friends back together again, live shows are the best part about music so the sooner they come the better. I can’t wait to see people dance and sing a long to the songs I’ve been releasing, it’s gonna be cool.”

What are your hopes looking ahead? Do you have an ultimate goal?

“I don’t really have a goal as such I just want to continue writing and playing as much as possible, I want more and more people to listen and enjoy the songs that I’ve written and I want to create a space where people can fully express themselves and feel like they can be themselves when they listen to my music, like a big musical hug.”