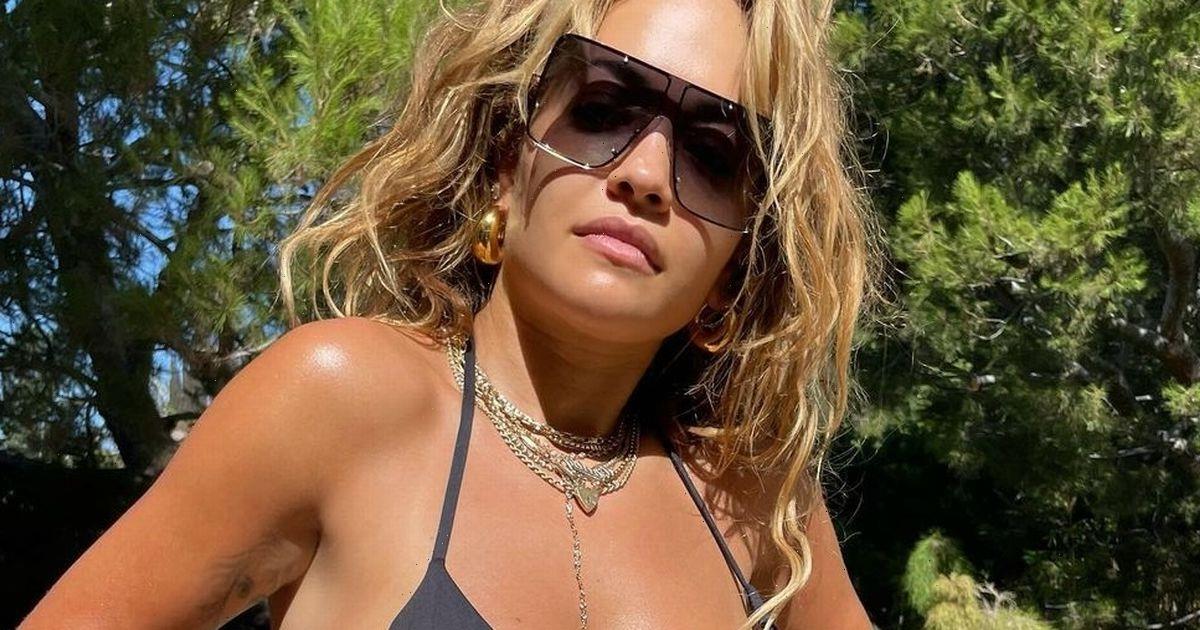 Singer Rita Ora looked sizzling-hot as she modelled a Barbie-sized black bikini in a number of eye-popping snaps during a sunny getaway.

The 30-year-old bombshell struck up a number of scorching poses as she wowed in the flimsy string item.

Turning up the heat, she teased fans in one image as she began to pull up the tiny garment – showing off even more flesh in the process.

The Anywhere hitmaker looked jaw-dropping while parading her killer curves and toned abs in just beachwear as she struck a series of poses to the camera.

Another pic saw Rita unveil her modelling skills while glancing off into the distance.

Accessorising her swimwear, she popped on masses of gold necklaces, bangles and a square oversized pair of shades to complete her sensation look.

After posting, Rita's social media was brimming with gushy praise as her friends and family rushed to compliment her on the sizzling display.

While her loyal and lovable sister Elena, who regularly pops up on Rita's Instagram page, penned: "Ripped."

Meanwhile Rita caused quite an online storm after she went Instagram official with her new romance with New Zealand film director Taika Waititi.

Marking his 46th birthday, she shared a montage of images and included a simple red heard heart emoji in the caption.

Taika was quick to follow up with a simplistic reply, including two heart emojis and a flame.

The pair looked incredibly happy together as they beamed smiles while posing with many friends and family.