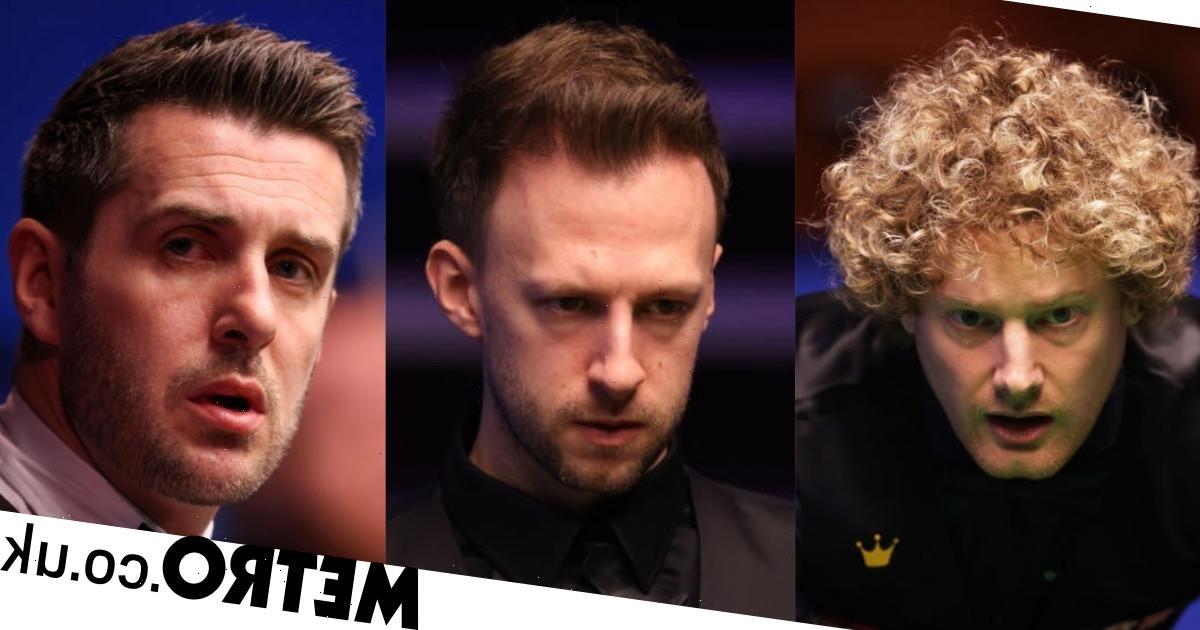 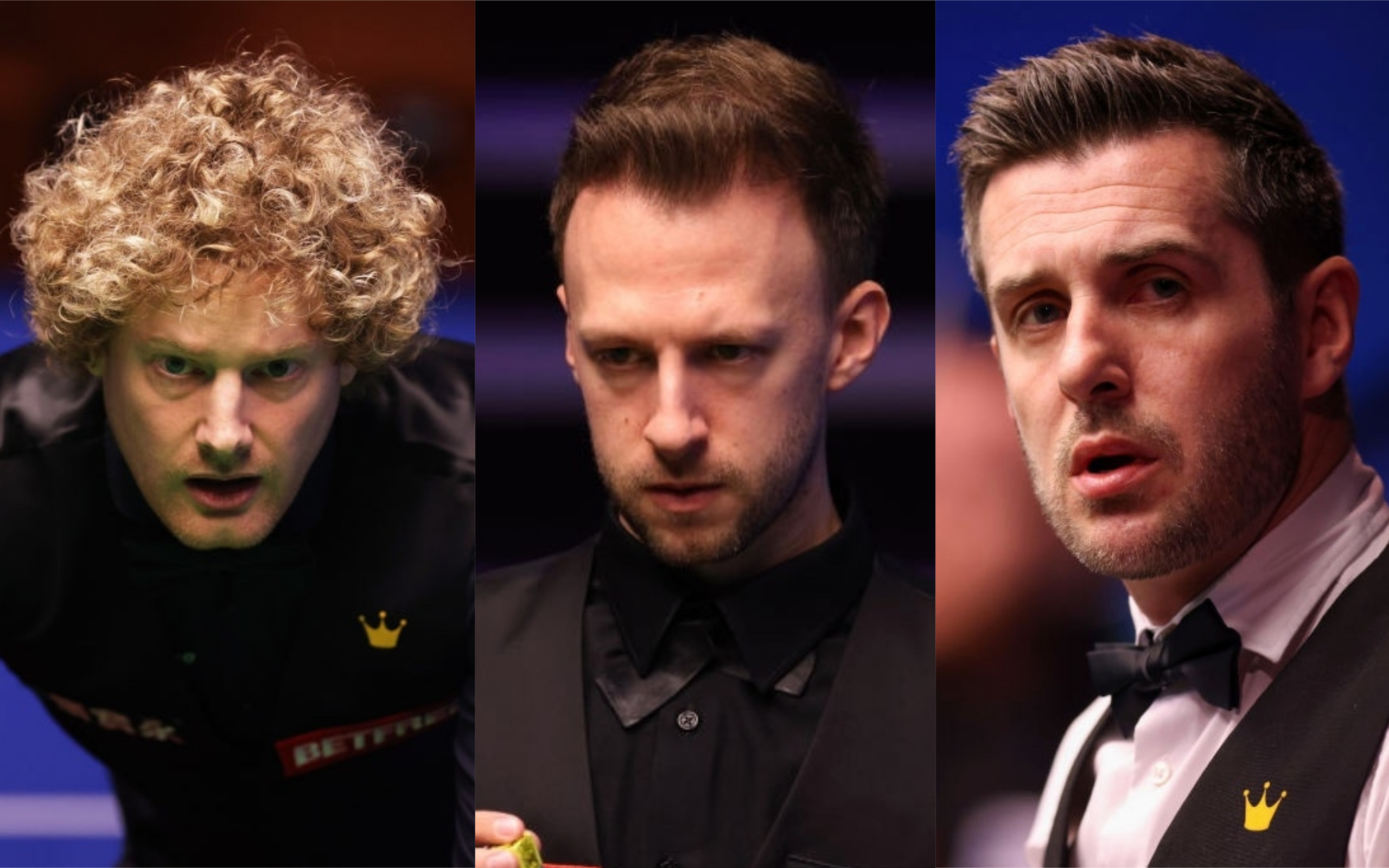 Mark Selby has become the ‘guy to beat’ at the World Snooker Championship this year, outshining his rivals so far at the Crucible and wrestling away the tournament favourite tag from Judd Trump, believes Alan McManus.

The quarter-final line-up in Sheffield has been labelled as the best ever, with six former world champions in the last eight for the first time in history.

There may be no Ronnie O’Sullivan or John Higgins left in the tournament, but the players still battling are of the highest quality, producing snooker of incredible standard and picking a winner takes a brave choice.

McManus feels Selby is the one who makes that choice a bit easier, though, after his superb performances so far to beat Kurt Maflin 10-1, Mark Allen 13-7 and lead Mark Williams 6-2 after one session of their quarter-final.

The former Masters champion has had his mind changed by the Jester from Leicester, but also by conditions at the Crucible that may have played into Selby’s hands and out of Trump’s.

‘I came here thinking Judd,’ McManus told Metro.co.uk. ‘Driving down I thought that now it’s back to normal conditions in April that the guys like – it’s not too warm or humid – and the ball will be spinning the way Judd likes to spin it.

‘That was my theory, you’ve got to try and find a reason with some kind of logic and Judd tries to grip the cue ball. But it seems that it’s been a bit heavy, Jack Lisowski was saying that, so that brings Judd back to the pack a little.

‘Then I was in the box for Mark Selby against Kurt Maflin and boy, I’ve never seen him play better. I think he missed maybe one ball in live play that mattered. He was playing a really dangerous opponent and he absolutely dismantled him.

‘I’ve not seen Mark Selby in that sort of nick since he won it here. Neil Robertson is obviously cock-a-hoop full of confidence, he is a serious guy for it, and he is playing incredible. That’s the match-up I want to see, Selby against Robertson. But Judd’s obviously a massive threat, and you can’t write off the rest of them!’

McManus was speaking midway through the quarter-final line-up, with Selby comfortably ahead of Williams, but the other clashes all very close, between Trump and Shaun Murphy, Anthony McGill and Stuart Bingham and with Robertson taking on Kyren Wilson.

While any of those players left in the event are capable of lifting the trophy, with McManus pinning McGill as a future world champion earlier in the event, it is Selby that he believes is producing the right stuff to lift the trophy this year.

‘Judd is not playing lights out snooker the way he can,’ said Alan. ‘He’ll always be on that plateau of being able to beat anyone, but he’s not been spinning the ball the way he can, which seems to be conditions.

‘I’ve played Mark Selby a lot, watched him a lot, but there were times Kurt was coming to the table and he was laughing, sniggering to himself. Mark would trap him in the corner and Kurt would be coming to the table thinking, “here we go again, can you believe this guy?” That’s, for me, just the coolest thing. What a standard!

‘He’s almost, and this is saying something, he’s upped his level of safety game and watertight stuff, even from what I’ve seen before, it’s like every single shot is PlayStation stuff. That’s why I think he’s the guy to beat.

‘Mark’s not a guy, I think, who when he’s in great nick and has an iffy half session, who thinks, “what am I doing wrong?” He can maintain a massive, high standard for such a long time, which is an art in itself. Judd can do it, but he can’t do it eight days on the spin because of the way he plays, there’s going to be some dips somewhere. So for me, Mark Selby is my thing.’

Trump has picked up two pretty comfortable wins so far, seeing off Liam Highfield in round one and Dave Gilbert in the last 16, but not quite hit the heights of his very best form as yet.

The world number one has said he is happy to ease into the tournament and peak when it matters, at the business end, but McManus is not totally convinced and feels Trump is searching for something.

‘The whole “you don’t want to play your best snooker early” malarkey, there’s something in it,’ said the Scot. ‘I think in some way it’s funny with Judd, going under the radar is not something he really likes, he wants to be the guy who everyone thinks is going to win.

‘For good reason, he’s the best player in the world and he’s proved it, but it feels to me a little like Judd’s concerned his game’s not quite where he wants it to be. He’s playing good, he always plays good, but maybe he’s concerned that he’s looking for something out there. The Crucible is not a place to find it, it’s a place to trust it.

‘Can Mark Selby put in a performance like he has in the three finals he’s won? Can he do that again? It’s not even a question of “can” he will. To me there’s not any doubt. Will Judd replicate how he played two years ago here? I don’t know, maybe.

‘I think Judd, the heart he’s got out there, he doesn’t quite get the credit for how hard, tough, heart like a lion, he’s got all that. He never has a horrible session, he can dig, he’s got a great chin so to speak, so he’s never out of it.’

Selby was not quite being tipped for the title as much as the likes of Trump and Robertson before a ball was struck in Sheffield, but his work with coach Chris Henry and countless hours of solo practice have clearly paid off for the three-time champion.

He has also re-established the aura he had when he was reigning supreme as world number one and showing the iron will he constantly displayed at his peak.

‘No one has the will that Mark’s got,’ said McManus. ‘The Kurt Maflin match, even at 7-1, 8-1, he was keeping the door closed and that takes some doing. Human nature at that point is to ease-off, but not him.

‘He makes people do things just by his presence, he makes them be wary. Against other players people think: “This could go wrong, but it’ll probably be alright.” But against Mark Selby you think: “I’ve got to do this here, otherwise…”

‘The other thing he’s got here that’s different from any other tournament, everyone knows even if they go 5-1 up it doesn’t mean all that much against this guy, in this format.

‘How can you beat Ronnie from 10-5 behind [in the 2014 Crucible final]? How can you do that? Bearing in mind Ronnie’s a multiple world champion, looks like a million dollars, ballet dancing out there, how can you do it? He did it and he won 18-14, he won easy in the end. Then did the same thing with John [in 2017]. Who could do that to Ronnie then John?

‘I’ve had a few chats with him and he’s on a quest to find the right way and I think he’s found it. 10-1, 13-7, 6-2 up and he doesn’t look like he’s impressing himself all that much. World class. He just seems to have everyone on toast.’