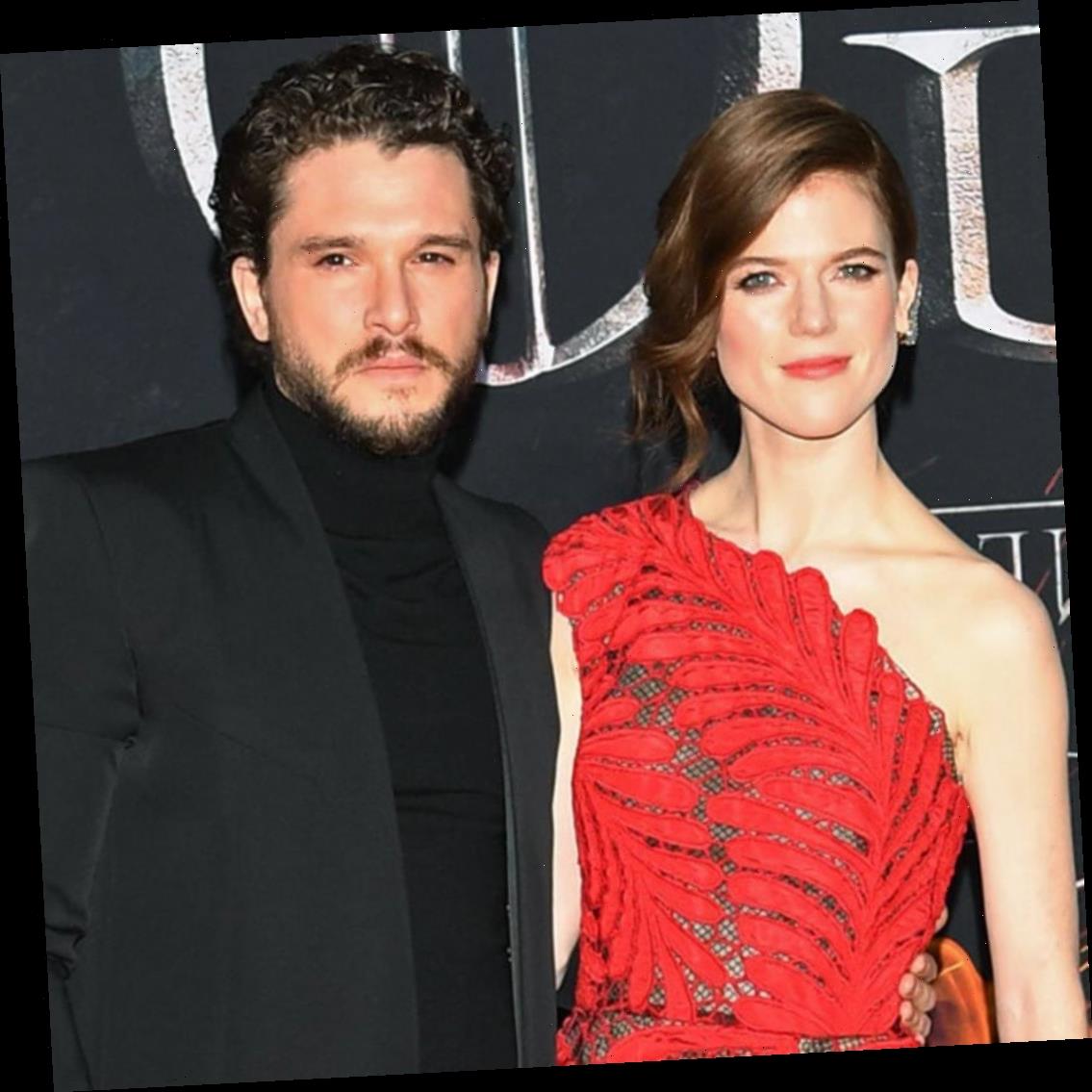 Rose Leslie announced she was pregnant and expecting her first child with Kit Harington. Get a glimpse of her baby bump below!

Rose Leslie and Kit Harington have a lot to celebrate these days.

The Game of Thrones alums will soon step into their biggest role yet: parents.

On Saturday, Sept. 26, the actress shared the exciting and special news that she's pregnant and expecting her first child with the actor. For the new issue of U.K's Make Magazine, the 33-year-old star debuted her baby bump.

While Rose kept details of her little one to herself, she did explain that she and Kit are enjoying spending time at home together.

"What a glorious thing to be able to run to the countryside and recoup," she told the publication. "It's a great privilege to be surrounded by greenery, birdsong and hedgerows, and our delightful neighbors. It's so peaceful."

Hours following the pregnancy news, the couple was spotted enjoying an afternoon stroll with their dog in London. They kept things casual and low-key for their outing with Kit donning a navy blue bomber jacket, black turtleneck and denim jeans.

At this time, Kit has yet to comment on the pregnancy news.

However, you can get a glimpse of Rose's baby bump and the actor's fashionable 'fit in our gallery below! Plus, take a walk down memory lane and relive the couple's love story.

Sparking romance rumors, the co-stars kept close as they make their way through the terminal at LAX together back in 2014.

The duo packed on the PDA during an lunch outing at Cafe Gratitude before they headed to The Grove shopping in January 2016.

Making their red carpet debut, Kit and Rose got snuggly on the red carpet at the 2016 Laurence Olivier Awards in London on April 3, 2016.

Kit and Rose got snuggly on the red carpet at the 2016 Laurence Olivier Awards in London on April 3, 2016.

The pair was spotted enjoying a day of sight seeing and shopping while on vacation in Greece in May 2017. The duo hit up a couple of shops and rode some 4-wheelers to a local winery before enjoying a sunset over looking the Aegean Sea.

The duo steps out for a day of fun at the Glastonbury Festival in June 2017.

Kit and Rose show PDA at the premiere of HBO's Game Of Thrones Season 7 party at Walt Disney Concert Hall on July 12, 2017.

The stars get dolled up for the Game of Thrones season eight premiere in April 2019.

The two lovebirds attend the MS Society's Carols by Candlelight event in December 2019.

The couple turns the 2020 Golden Globes into date night.

After making a rare public appearance on the red carpet for the 2020 Golden Globe Awards, the pair gets ready to travel back home.

The couple goes for an afternoon stroll in London with their dog. Rose wears a lively yellow sweater, which slightly shows off her growing baby bump. Kit, on the other hand, opts for a cozy bomber jacket and turtleneck.

It's only a matter of time before the couple shares more insight into their parenthood journey. Until then, we'll be reminiscing on their fairytale romance.