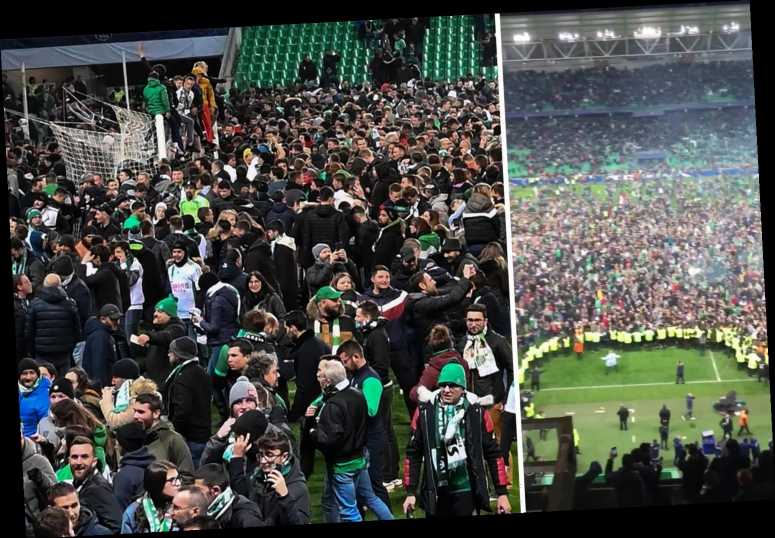 SAINT-ETIENNE fans swarmed the pitch after a dramatic 2-1 win over Rennes saw them reach their first French Cup final in 38 years.

Ryad Boudebouz emerged from the bench to score in injury time as Claude Puel's side came from behind to set a date with Paris Saint-Germain in what will be a repeat of the 1982 final. 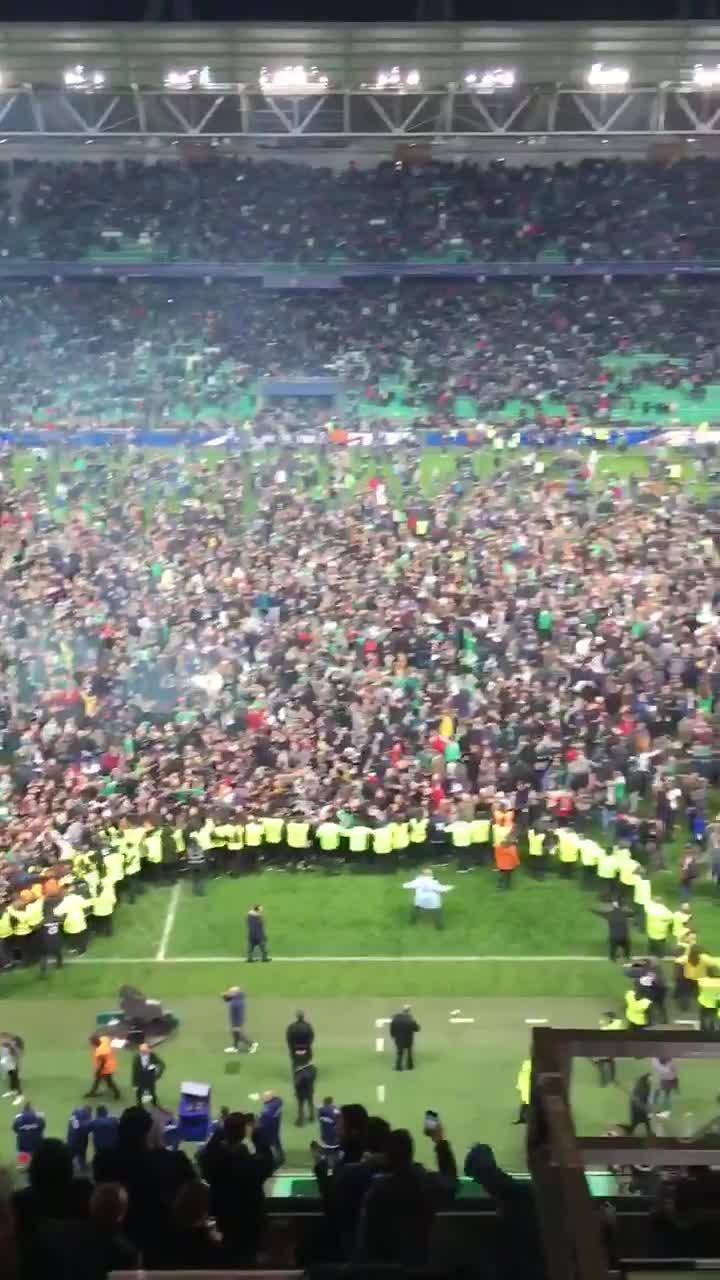 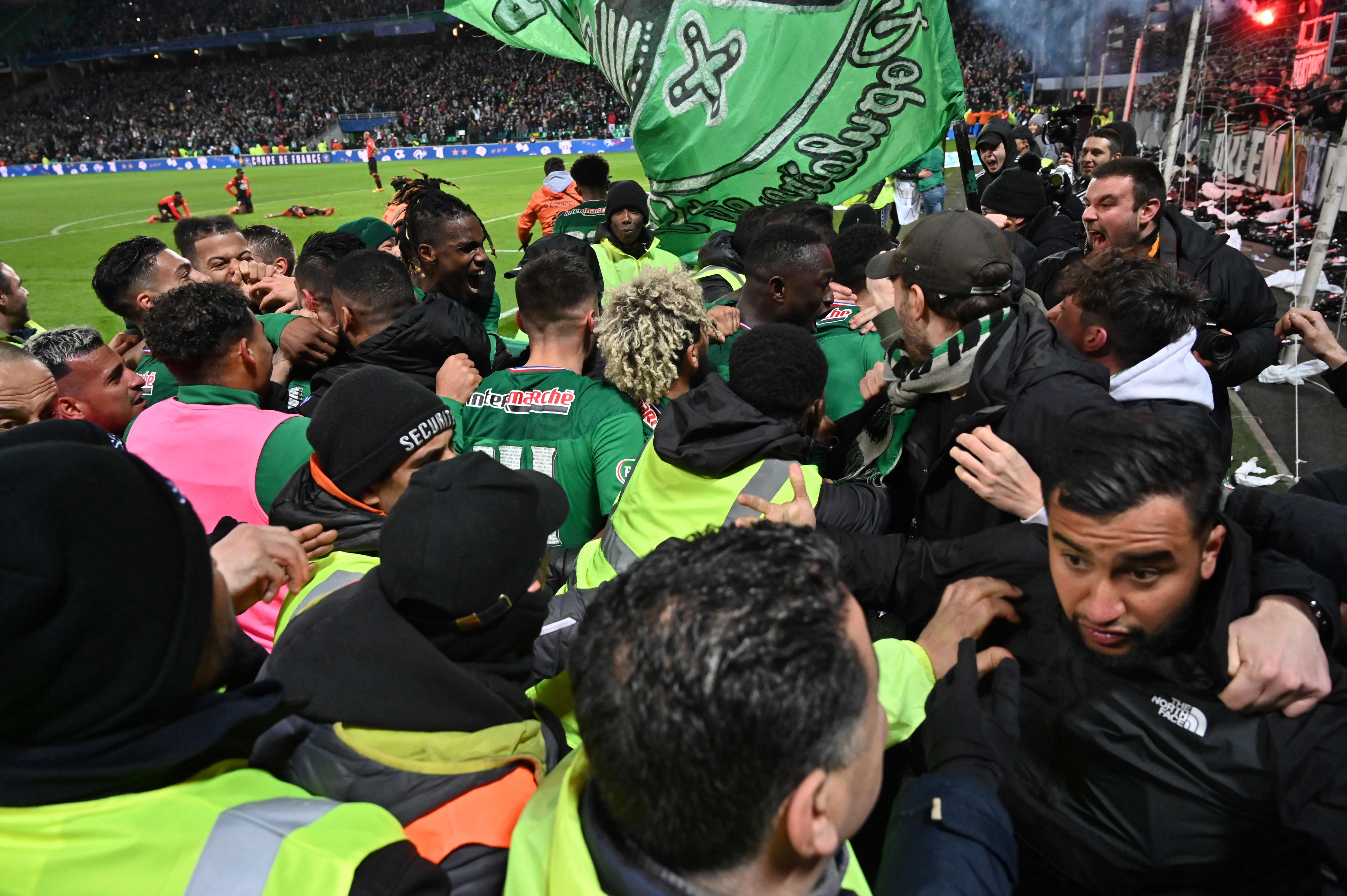 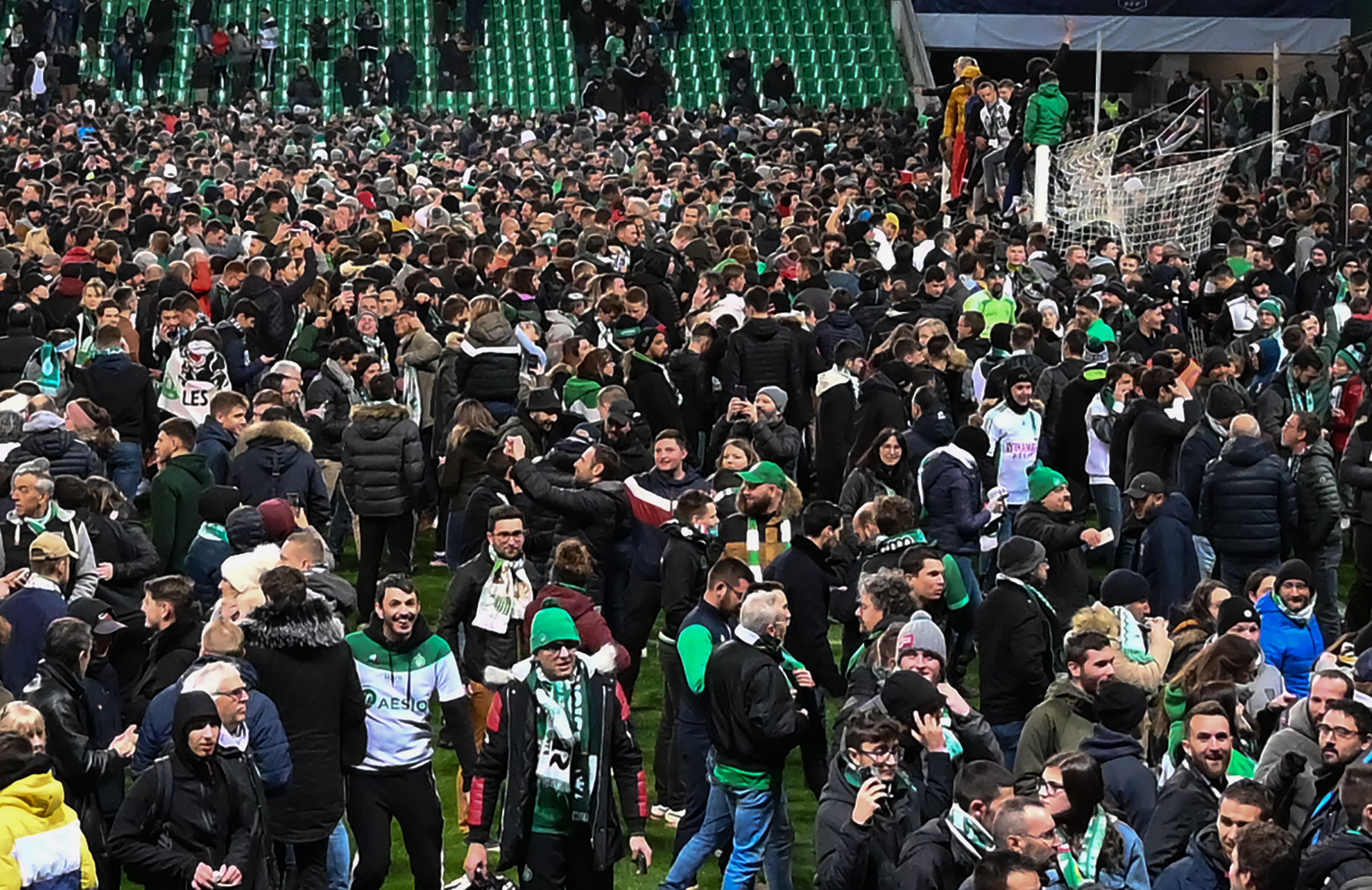 Les Verts, who lost on penalties against the Ligue 1 champions after extra-time ended 2-2, had ironically fallen behind from a spot-kick to current cup holders Rennes.

But with the match destined for extra time, Algerian midfielder Boudebouz sparked jubilant scenes among the home fans with a drilled effort from the edge of the area in the fourth minute of added time.

Following the full-time whistle, thousands of supporters stormed the pitch to form a wave of green as stewards tried desperately to keep order.

Thankfully, the scenes are a lot more savoury than those earlier this week, in which the club's rivalry with Lyon escalated to a street brawl.