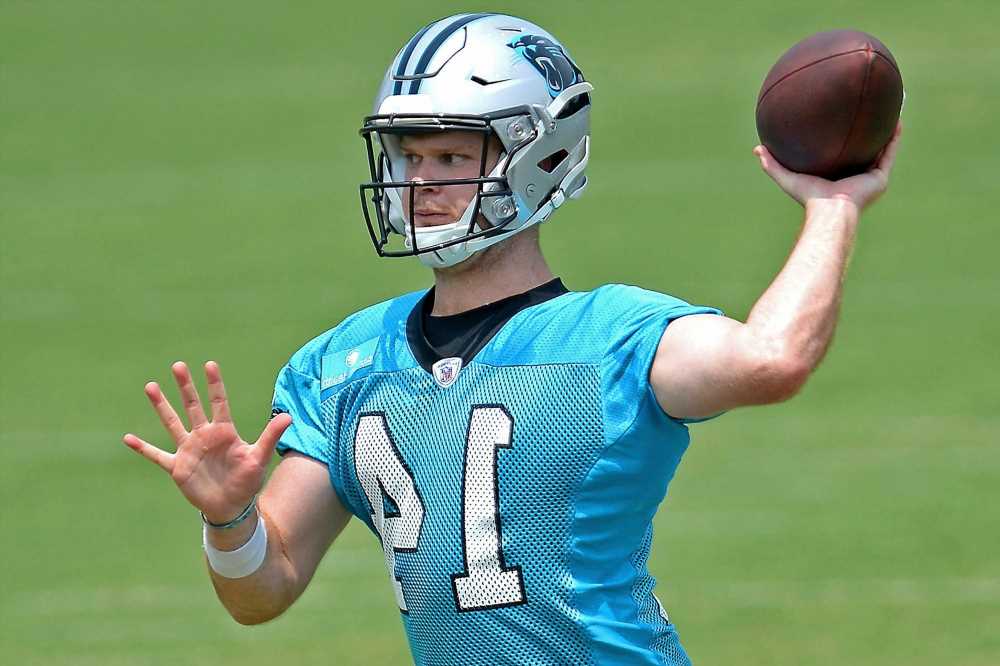 Panthers showing they are all in with Sam Darnold

The questions that could ultimately haunt Jets’ Zach Wilson obsession

The NFL schedule makers wasted no time in having Darnold face the Jets in Week 1 next season, his first game in a Panthers uniform since he was traded. But not surprisingly, the former No. 3 pick of the Jets is downplaying the personal aspect of the game.

“I think it’s a really good opportunity – a good opportunity for this team to go out and prove ourselves against a good opponent,” Darnold told reporters last week. “For me as a competitor, I’m going to go out there and compete no matter who the opponent is, so that’s kind of my mindset on it.”

The game will be in Carolina, so Darnold’s return to MetLife Stadium will have to wait.

Darnold, not long ago considered to be the Jets’ next franchise quarterback, spent three losing seasons in Florham Park before the organization traded him in April. It cleared the way for the Jets to draft BYU quarterback Zach Wilson with the No. 2 pick.

The 23-year-old Darnold also took the high road in his first press conference as a Panther when speaking about how things ended with the Jets.

“Anytime you go somewhere, and you set lofty goals and those goals are not met, that’s always tough for me,” Darnold said in April. “When I heard the news that they wanted to trade me, it was tough. Anytime you’re not wanted somewhere, that’s always a tough pill to swallow. But then it was the opposite feeling. You go from being unwanted and then all of a sudden, the people in Carolina wanted me and obviously traded for me. You go from being unwanted to wanted.”