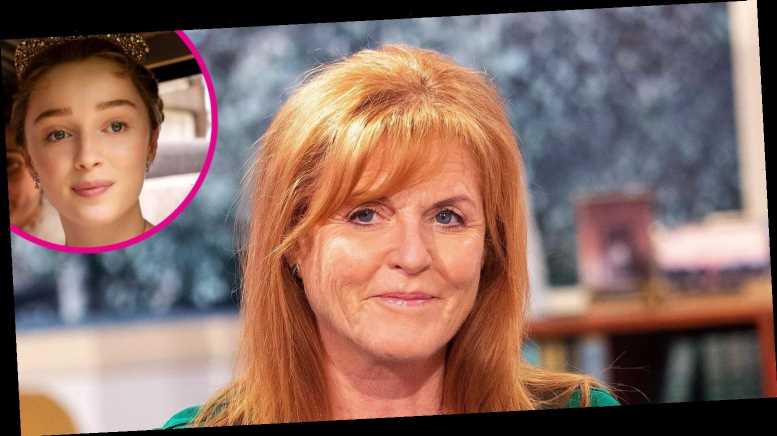 So nice she’s binged it twice! Sarah Ferguson is just as much of a Bridgerton fan as the rest of the world — and has a surprising personal connection to the Netflix hit.

‘Bridgerton’ Season 2: Everything We Know So Far

“I adored Bridgerton so much that I watched it twice, deliberately. I’m obsessed with it,” the Duchess of York, 61, told Us Weekly exclusively while discussing her new book, Her Heart for a Compass. “I think Daphne is a terrific character, as we see her learning about life. I love the way she learns to use her strong voice. It chimed with me because now is the time for women to speak up.”

The Regency-era romance debuted on Christmas Day and is the first of several projects Shonda Rhimes has lined up for Netflix as part of her major multiyear deal with the streaming giant. Newcomers Phoebe Dynevor and Regé-Jean Page steal the show as Daphne Bridgerton and Simon Basset, respectively, who display undeniable chemistry on-screen. While the swoon-worthy relationship certainly caught viewers’ attention, fans also fell in love with the show’s dreamy aesthetic and unique music.

“The costumes and set designs were incredible too,” Ferguson added. “The way [producer] Betsy Beers and Shonda Rhimes have created Bridgerton is fabulous and I was really impressed. … I definitely will be talking to Shondaland about making Her Heart for a Compass into a TV series.”

Like any binge-watcher, the Little Red author is already eager for the next season of Bridgerton to drop. “I hear they might be making future series at Sunninghill Park for the next five years, which is my old home,” she said of the southern England estate.

Shortly after the steamy series premiered, creator Chris Van Dusen hinted that there could be plenty more on the way once it’s safe to film again amid the coronavirus pandemic.

Stars Who Have Played Royals in Movies and TV Shows

Bridgerton isn’t the only royal drama that found a fan in Ferguson. The London native has also seen The Crown — and has rave reviews.

“I thought it was filmed beautifully. The cinematography was excellent,” she told Us. “I loved the way they put my wedding in as well.”

Her Heart for a Compass hits shelves in August.