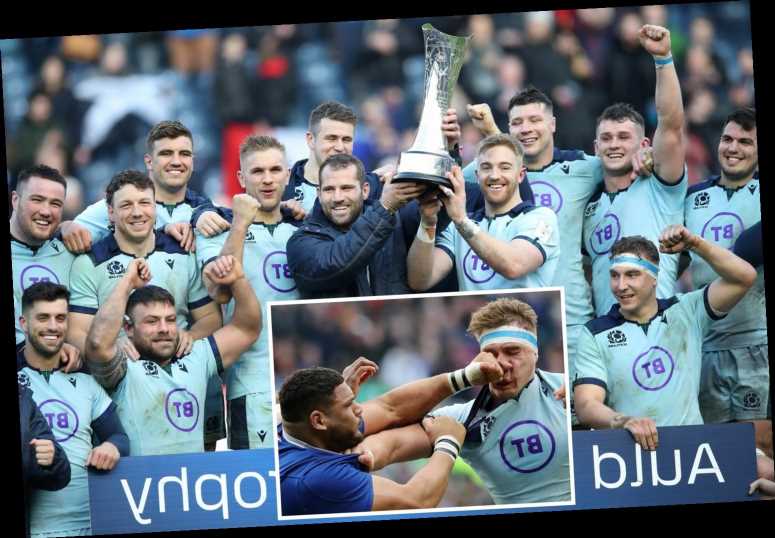 SCOTLAND ended France's chance of winning a first Grand Slam since 2010 as they reignited England's title bid with a brilliant win.

Les Bleus led midway through the first half but never recovered from having Mohamed Haouas sent off for a brutal punch on Jamie Ritchie – with Sean Maitland grabbing two tries. 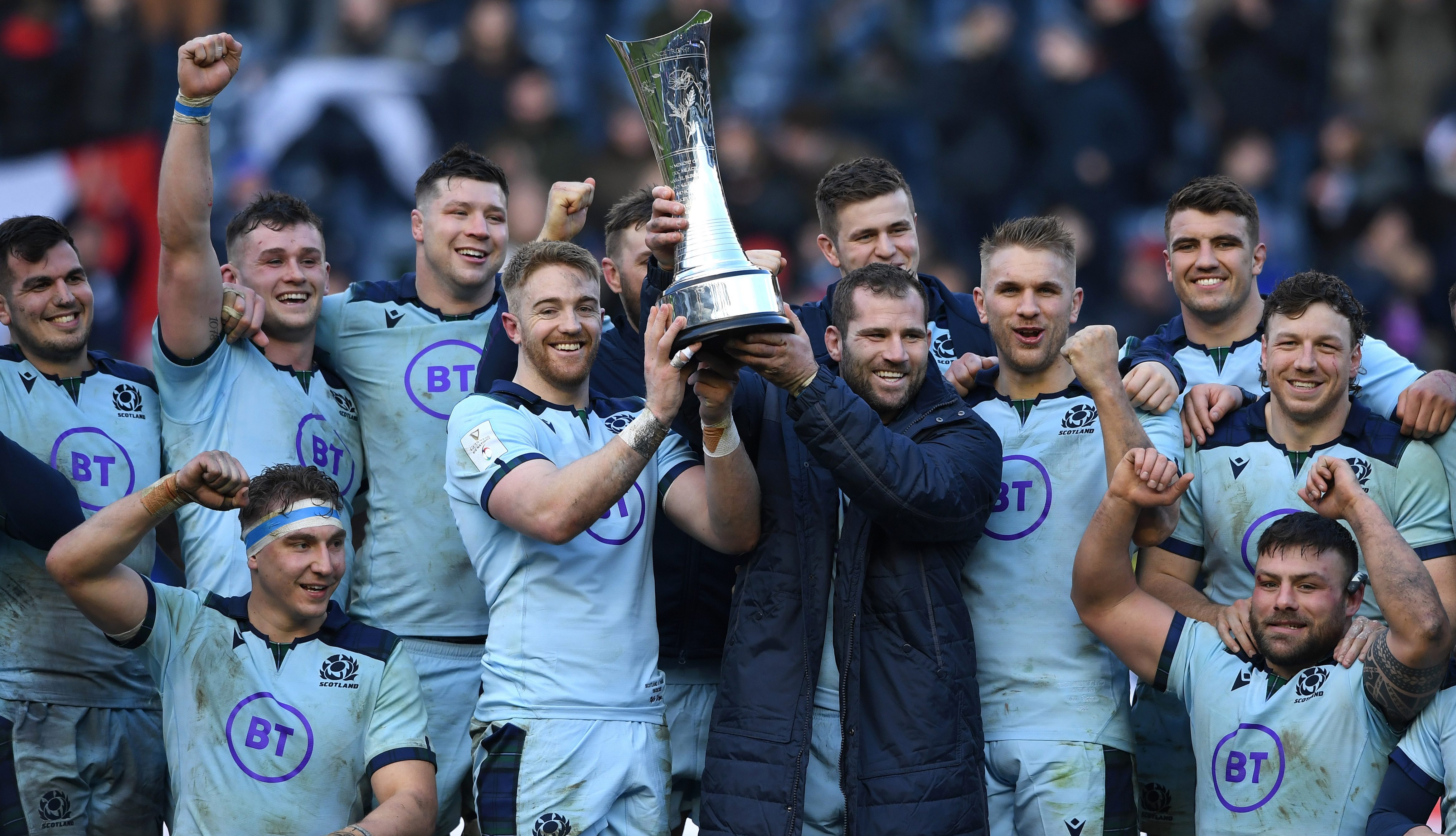 Damian Penaud touched down early on to boost France but a defence remodelled in Shaun Edwards' stingy image was terribly exposed after Haouas's act of sheer stupidity.

Scotland have struggled to make the most of their attacking opportunities this campaign but now against just 14 menthey finally found their verve.

Maitland crossed either side of half-time before Stuart McInally sealed a precious victory.

France had previously toppled England, Italy and Wales but looked out of sorts in the Scottish capital from the off.

The foundations of Les Bleus' success so far had been the twin talents of youngsters Romain Ntamack and Antoine Dupont.

But Ntamack's involvement was limited to 11 rather shambolic minutes. First he skewed wide with a simple penalty, then came a knock-on from a high ball before he finally copped a bang to the head from Sam Johnson which forced him to be replaced.

The visitors were already a man down by this point after flanker Paul Willemse was sent to the bin for dropping Grant Gilchrist on his head.

Kiwi referee Paul Williams decided the tip tackle was clumsy rather than reckless and opted to keep his red in his pocket – but not for long.

The early signs were good for the Scots, with a couple of big shunts from the pack teeing up Adam Hastings to slot over a penalty on 11 minutes. He added another seven minutes later as his forwards continued to pilfer and frustrate at the breakdown.

However, while Ntamack's departure was a blow to France, they had another exciting young pivot to call on in the shape of Matthieu Jalibert and it was his combination with Arthur Vincent that saw the visitors grab the lead against the run of play.

Scotland were cut apart down the left and the broken field was manna from heaven for Dupont, with his kick to the opposite flank drawing Blair Kinghorn into no-man's land as Penaud scored on 33 minutes.

France felt the tide had turned in their favour – but then came Haouas' moment of madness.

An off-the-ball squabble of pushes and shoves suddenly exploded into a furious row when the prop threw a punch at Ritchie's chin. Williams took his time reviewing the images on the big screen but was left with no choice but to flash red when the cameras caught Haouas' haymaker in HD quality.

Once the commotion was cleared, Hastings nudged Scotland back ahead with a penalty.

And it took Townsend's team just four minutes to make use of the extra room as Maitland struck on the stroke of half-time.

Hastings punctured Les Bleus' line with a daring break and Scotland did not hang about to let the visitors regroup as Stuart Hogg and Johnson snapped the ball out to the Saracens wing to score in the corner.

That put Scotland seven up at the break – and the lead was doubled just five minutes into the second period as Maitland grabbed another.

A kicking duel between the teams was going nowhere until Hogg sensed his moment to surge forward. Chris Harris took the drive on before Ali Price scampered to within five yards of the whitewash.

Again Scotland were quick to spot the space on the wing as Maitland stretched to dot down a try, converted by Hastings.

A Jalibert penalty trimmed the deficit by three but Scotland stuck another seven onto their tally on 65 minutes as Bernard Le Roux failed to gather a line-out. The big lock watched forlornly as McInally raced onto the loose ball and across the line for Scotland's third try, again converted by Hastings.

The French did have one last cheer five minutes from the end when skipper Charles Ollivon crossed over after a swift counter-attack but it was the Scots making all the noise at full-time.