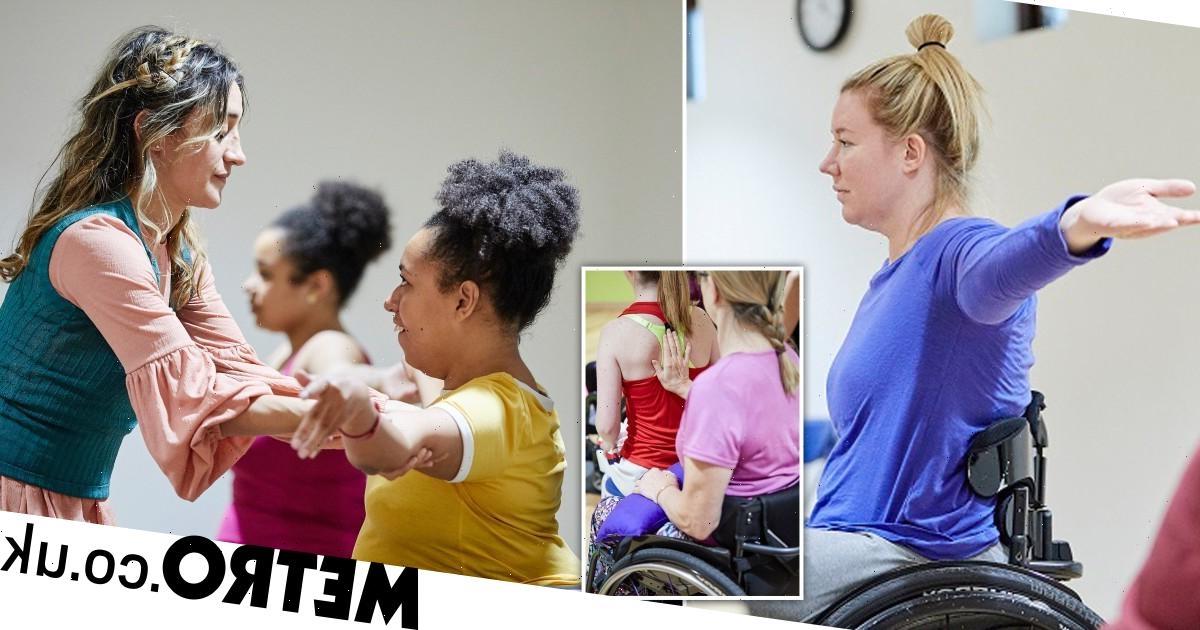 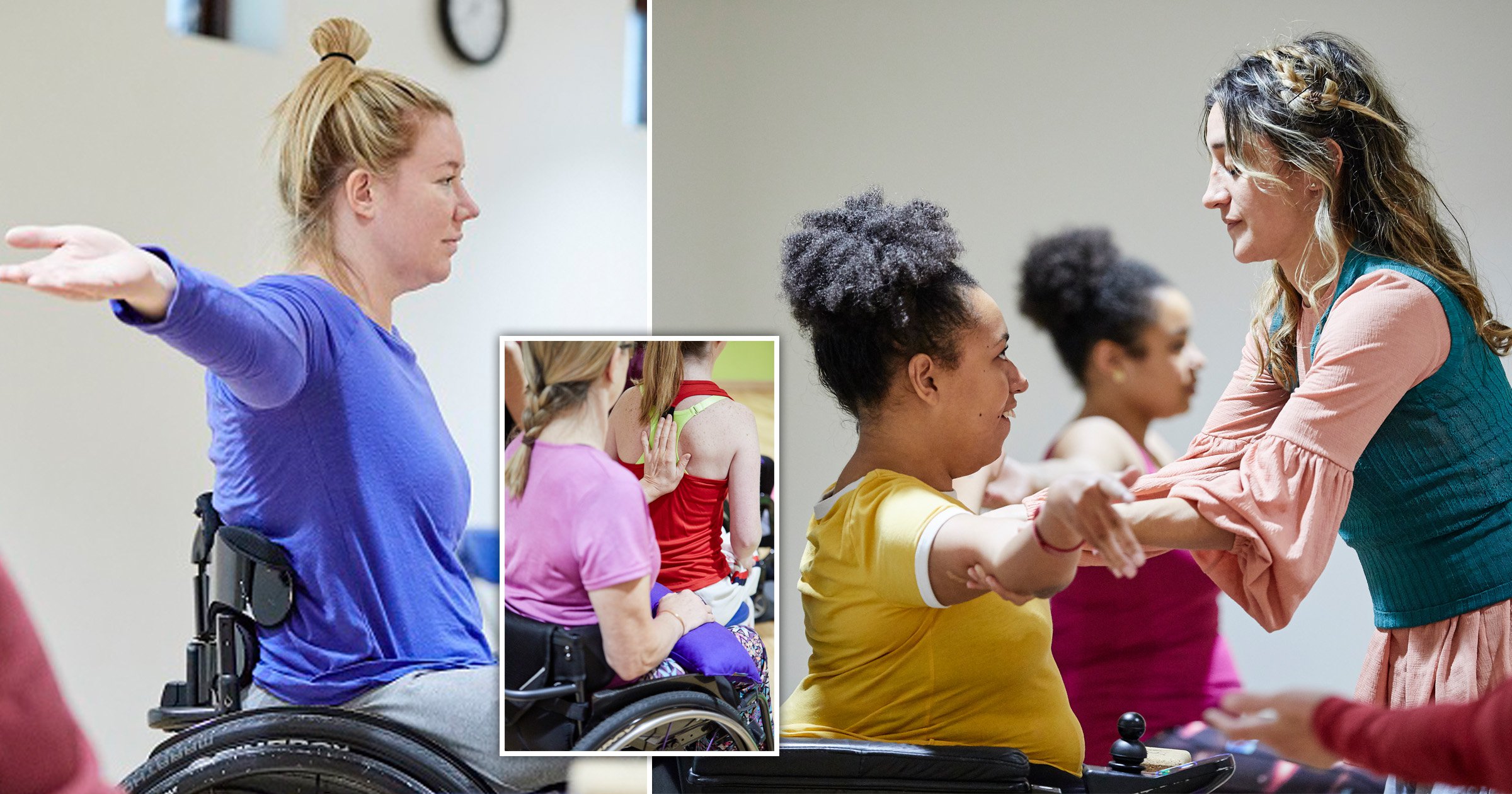 When Miranda McCarthy found adaptive – or seated – yoga, everything changed.

You might not think ‘seated’ and ‘yoga’ are terms that work together, but Miranda says it can very much exist as a practice for yogis with disabilities and bodily limitations.

Miranda, who was diagnosed with rheumatoid arthritis at age two, went on to create Adaptive Yoga LIVE – despite having undergone multiple joint replacement surgeries, and living with chronic pain from over 30 arthritic joints in her body.

Finding adaptive yoga gave her relief from her pain, improved her mental and physical health, and she gained a much-needed support network of other disabled yogis.

Speaking to Metro.co.uk, she says: ‘I had never been able to join a group exercise class before.

‘I had never met other disabled people before.

‘Suddenly gaining a support network of people who share the same lived experience was life changing.

‘Our limitations bonded us as a group and practicing yoga together helped me accept and embrace my identity as a disabled person.’

Going to a traditional gym was difficult for ‘so many reasons’, such as the high cost of membership, the feelings of social judgment from staff and other members, as well as a lack of accessible facilities and equipment.

The idea of going to a yoga studio filled her with dread too.

Miranda says: ‘At the moment 99% of the images you see representing yoga, are of hypermobile women contorting themselves into impossible shapes.

‘The people who could potentially benefit the most from a regular yoga practice don’t fit this very narrow idea of a yogi and, therefore, assume yoga is not for them.’

She believes almost any yoga pose can be made accessible for people with disabilities, as adaptive yoga poses can be done seated, lying down, or assisted – and the benefits are the same as in a traditional practice.

She adds: ‘There’s a famous saying: “If you can breathe, you can do yoga”.’

Studies show disabled people are almost twice as likely to be physically inactive compared to those without a disability, according to a report from Sport England this year.

Four in five people, however, want to be more active.

Miranda says: ‘When we invite people to try adaptive yoga for the first time, we often hear them make judgments about themselves.

‘This is when we must remind them yoga’s not a sport. Yoga doesn’t require you to be an athlete or even athletic.

‘You can practice yoga in your car, at the grocery store, and even in the middle of your business meeting.’

Adaptive yoga isn’t elitist or exclusionary – everyone can get something from it.

Many of these people hold the belief they can’t do anything physical, according to Miranda – and adaptive yoga serves to challenge that.

Siby Boyd, who is paraplegic and suffers with neuropathic pain, has been attending these classes.

‘My weekly yoga session allows my body stillness,’ Siby says. ‘Adaptive yoga is my salvation, and no one should be without it.’

Fran Pears, another attendee, agrees: ‘As someone with arthritis who cannot get on and off the floor easily, or go on my knees, the classes have been an absolute game changer for me.

‘I used to be told to sit out huge chunks of classes I tried – or do the foetus pose.

‘To be able to every movement is something I haven’t experienced since my diagnosis 10 years ago.’

There is clearly a strong sense of gratitude among attendees, who prior to adaptive yoga faced inequalities in sports and exercise contexts – and outside of this space, still do.

Miranda believes: ‘While there has been more conversation and action taken in recent years to address the overlap and interrelationship of race, gender, and sexual orientation as well as socioeconomic status and class, there has been far less focus on ableism and disability rights in wellness spaces (and beyond).

‘By challenging the way the yoga culture and yoga industry think and operate, we have the potential to re-create what currently exists and make yoga accessible to everybody.

Take part in an adaptive yoga class at London’s Summer by the River festival, for free, next month across multiple dates.