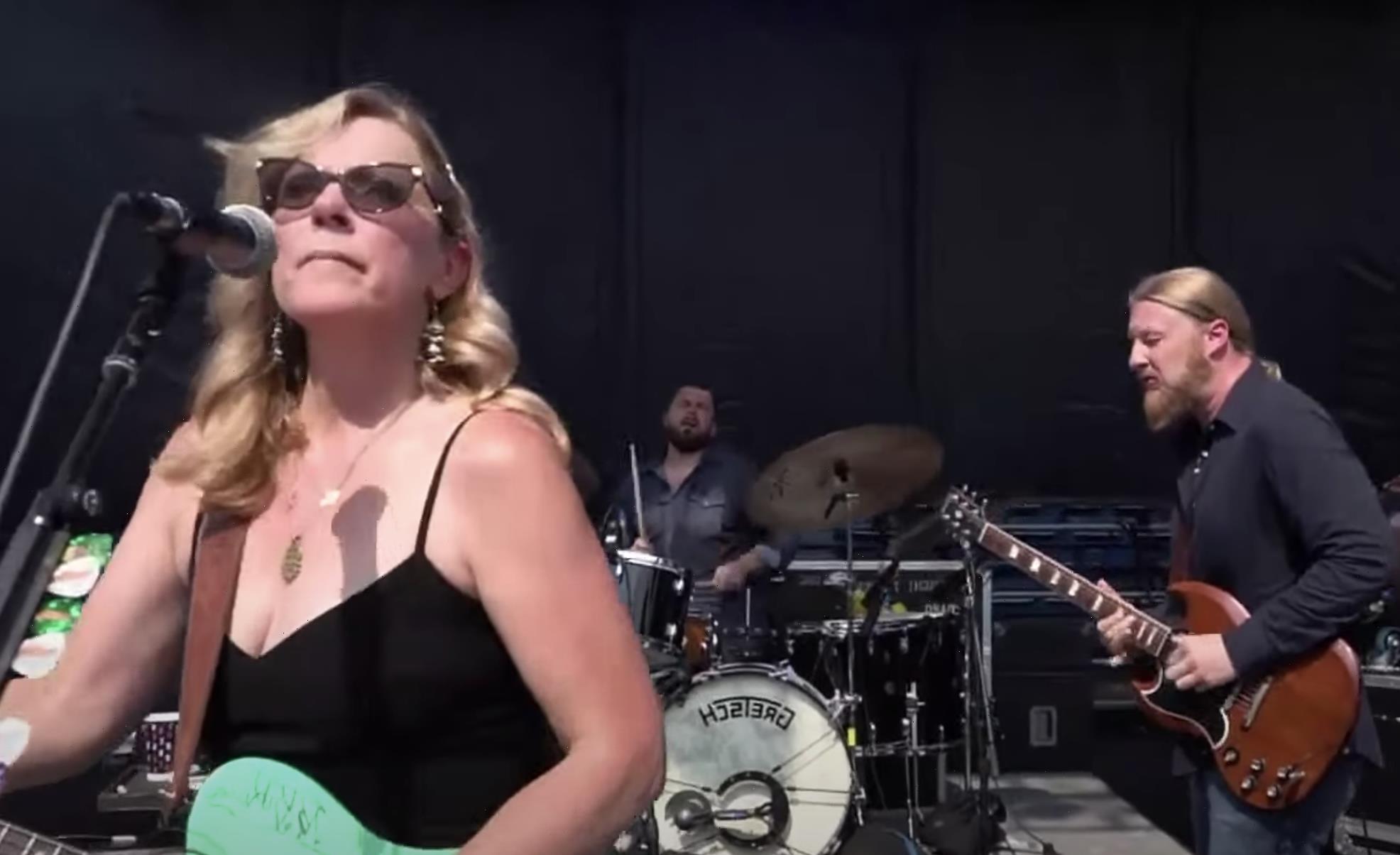 Tedeschi Trucks Band marked the release of their live album Layla Revisited (Live at Lockn’) by performing three Derek and the Dominos songs for CBS This Morning’s Saturday Sessions.

Performing from a New Haven, Connecticut’s Westville Music Bowl, Susan Tedeschi, Derek Trucks and company covered “Bell Bottom Blues,” “Why Does Love Got to Be So Sad?” and (in front of an audience) “Key to the Highway” from Layla and Other Assorted Love Songs; Tedeschi Trucks Band’s Layla Revisited is a full-album live performance of that classic LP — featuring Eric Clapton, Duane Allman, Bobby Whitlock and more — recorded live at the Lock’n Festival in August 2019, with guests like Trey Anastasio.

As Tedeschi and Trucks previously noted, the pair have several connections to Layla and Other Assorted Love Songs: The album was released on Susan Tedeschi’s birthday in November 1970, and Trucks was both named after Derek and the Dominos and is a former member of the Allman Brothers Band.

“By the time that I started playing guitar, the sound of Duane Allman’s slide was almost an obsession,” Trucks said in a statement. “His playing on Layla is still one of the high-water marks for me. The spirit, the joy, the recklessness, and the inevitability of it. My dad would play that record for me and my brother to fall asleep to and further sear it into my DNA.”