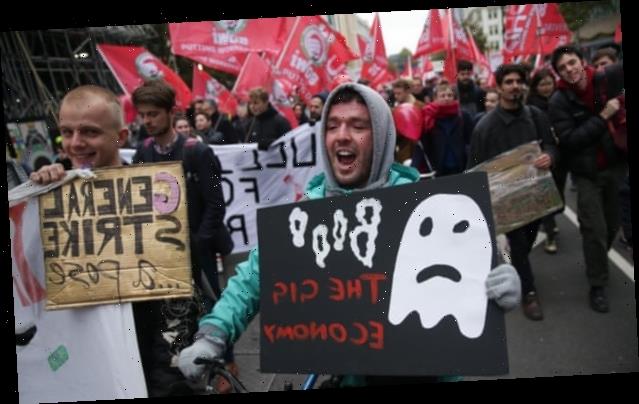 Coronavirus isn’t just a disease – it’s a test of the systems that are part of our everyday lives. In the recent guidance it released to the public, the government said it would encourage self-isolation as the primary way to contain the spread of the virus. Yet for many of the low-paid workers in Britain who look after your parents, deliver your food or drive your Uber, self-isolation means forgoing wages in order to protect others from disease.

Britain’s gig economy has more than doubled over the past three years and now accounts for some 4.7 million workers. As the nine-to-five job has been dismantled, so have workers’ rights: according to research from the New Economics Foundation, one in six UK workers are now in low-paid, insecure jobs where many lack protections afforded to permanent workers such as sick pay. When it comes to public health, these precarious working conditions are a major weakness in the government’s capacity to prevent the transmission of infection and disease.

A recent coronavirus briefing sent to workers by the pub chain JD Wetherspoon reflected this fact. The chain, which has been criticised in the past for paying “poverty wages”, said that workers who are quarantined under government orders will be treated the same as those who are off sick. This means they won’t be paid for the first three days of absence, and will only receive statutory sick pay (amounting to £94.25 a week for a maximum of 28 weeks) after this period. Employees can, it added, “request the option to take paid holiday”. Its implicit message seemed clear: if you catch the virus, you can expect no more support than usual. One would imagine that workers faced with this predicament would be more likely to turn up to work and end up spreading the disease than they would had they been paid for the first three days of quarantine.

The government’s advice to self-isolate seems tone-deaf to the reality of many British workers. Precarious work, where employees can’t afford to take sick days for fear of losing their wages, impedes what is needed most when containing a pandemic: acting with other people in mind. This is why public health policies must place the interests of the least well-off at their centre.

We’ve known this for over 150 years. After a series of deadly cholera outbreaks in the mid-19th century, the social reformer Edwin Chadwick identified that sanitation conditions in the poorest parts of the country represented a threat to public health. He waged a campaign that led to the implementation of the 1848 Public Health Act, which transformed the state’s laissez-faire approach towards the health of the poor and culminated in the creation of public sewers that helped reduce the prevalence of widespread diseases.

Chadwick’s ideas were premised on a key insight: the conditions of the worst-off in society affect the health of everyone – and even the wealthiest aren’t immune to the threat of disease.

• Aidan Harper is a researcher at the New Economics Foundation