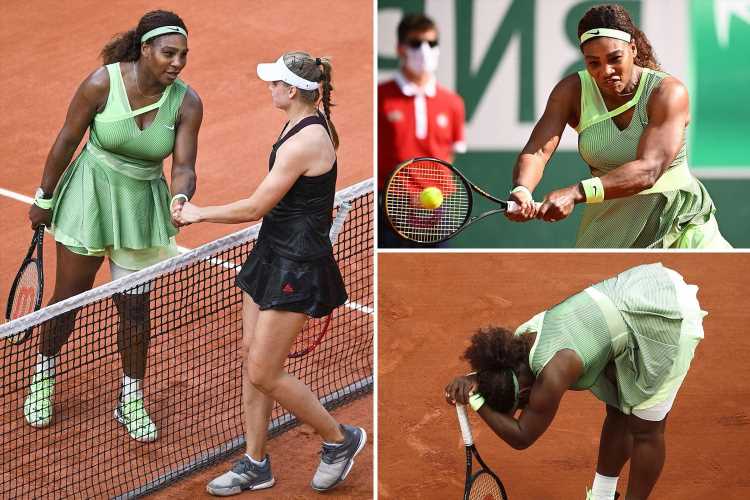 SERENA WILLIAMS' quest to win a 24th Grand Slam title goes on after she crashed out of the French Open to Elena Rybakina.

The legendary American, a three-time winner of the tournament, lost 6-3, 7-5 to the Kazakh. 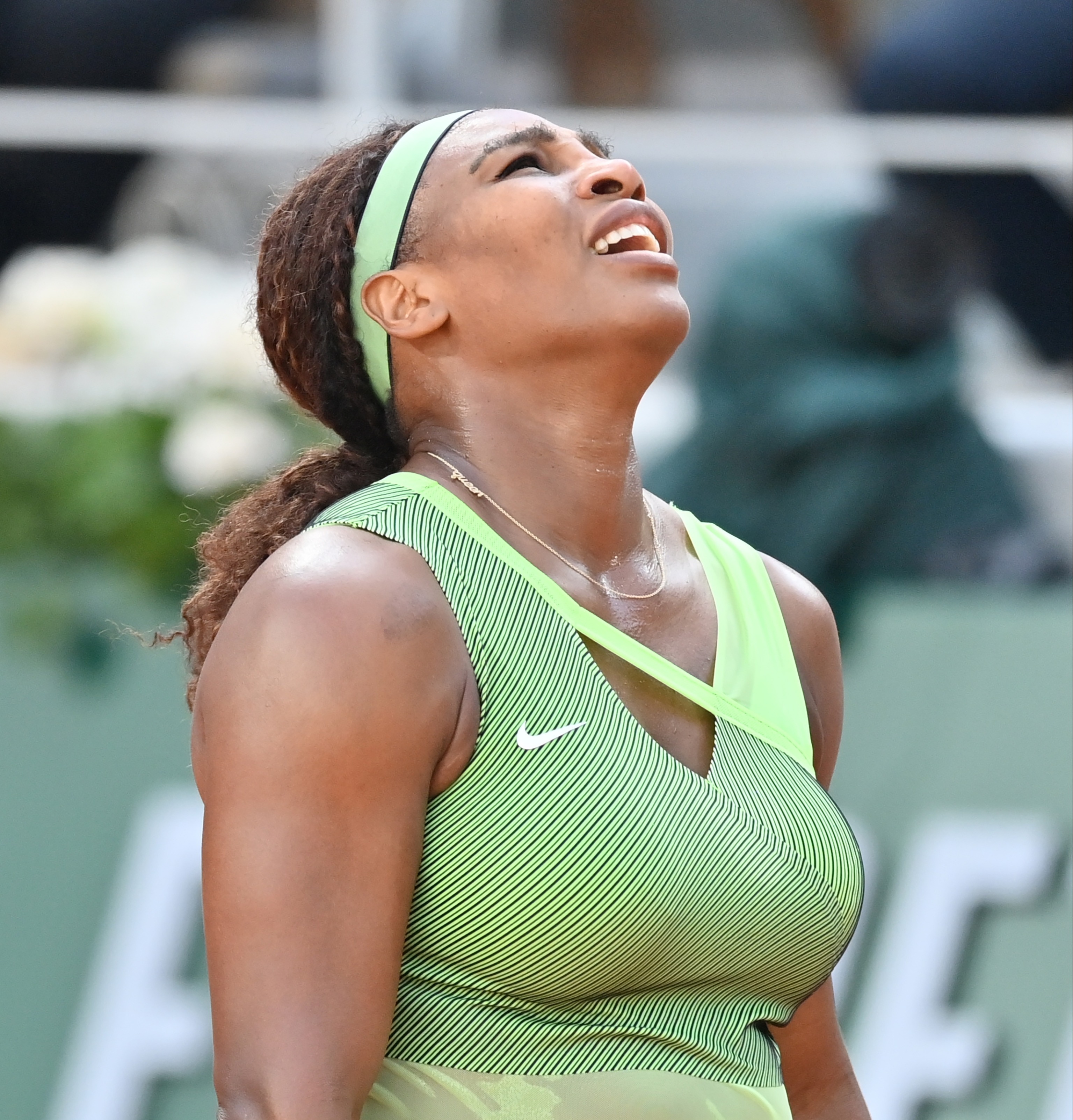 Williams cruised into the fourth round at Roland Garros with a straight sets victory over Danielle Collins on Friday.

But in-form Rybakina proved a tricky opponent for Williams and the 21-year-old was faultless in her two-set victory.

With so many big names having fallen, including Victoria Azarenka early in the day, a prospective quarter-final opponent for Williams, the path to the final looked enticing.

But Williams, whose last Grand Slam title came in 2017 at the Australian Open, was unable to find her A game.

The 39-year-old recovered from an early service break in the opening set but Rybakina responded superbly to break again and pocket the opener in confident fashion.

The calm-headed and clean-hitting Rybakina broke the Williams serve at 3-3 in the second set but immediately dropped her own delivery as she betrayed the first sign of nerves.

It was Williams, contesting the round of 16 at a Slam for the 64th time, who faltered though.

She looked hesitant and sluggish and she dropped her serve to love in the next game. 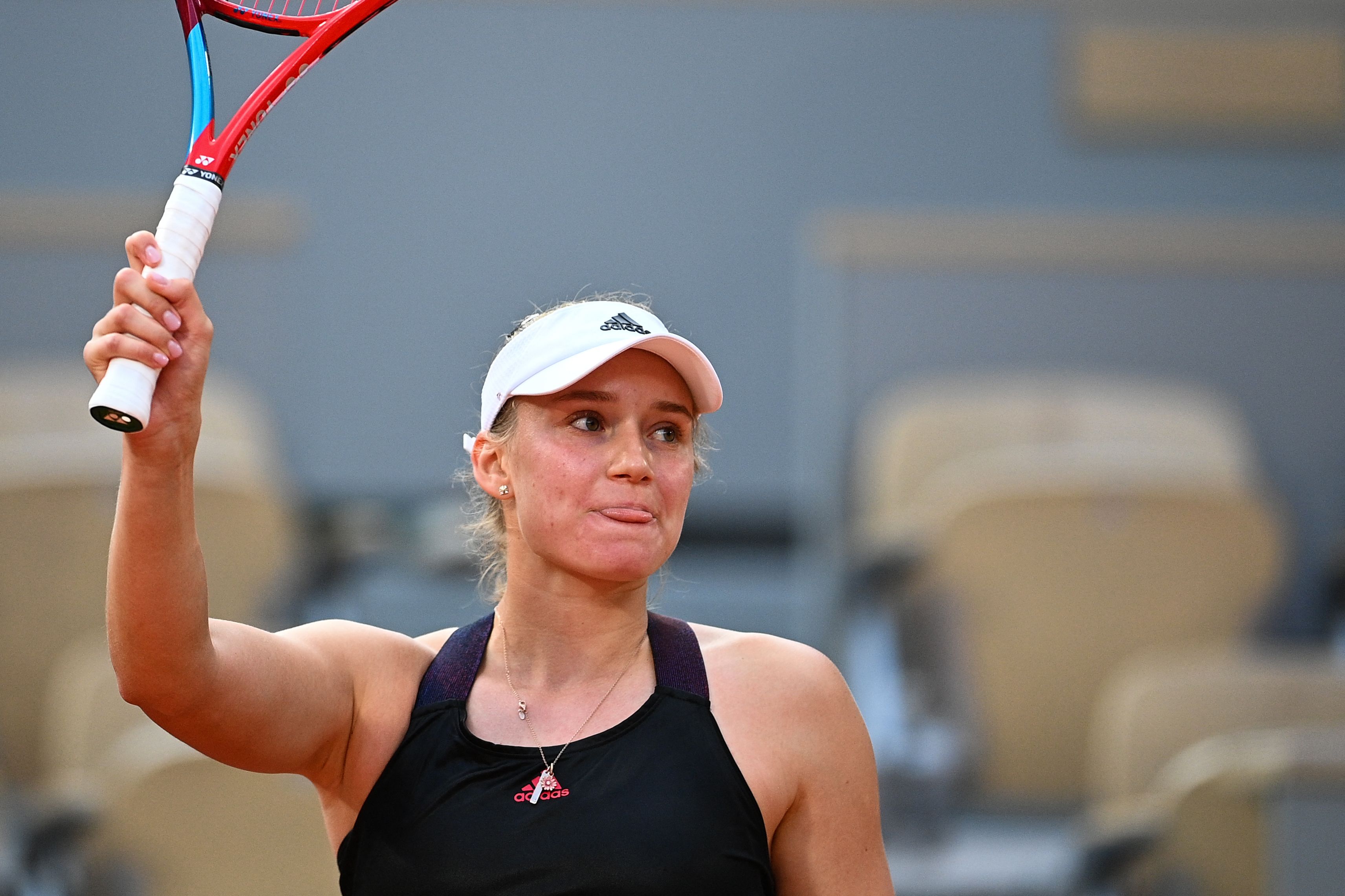 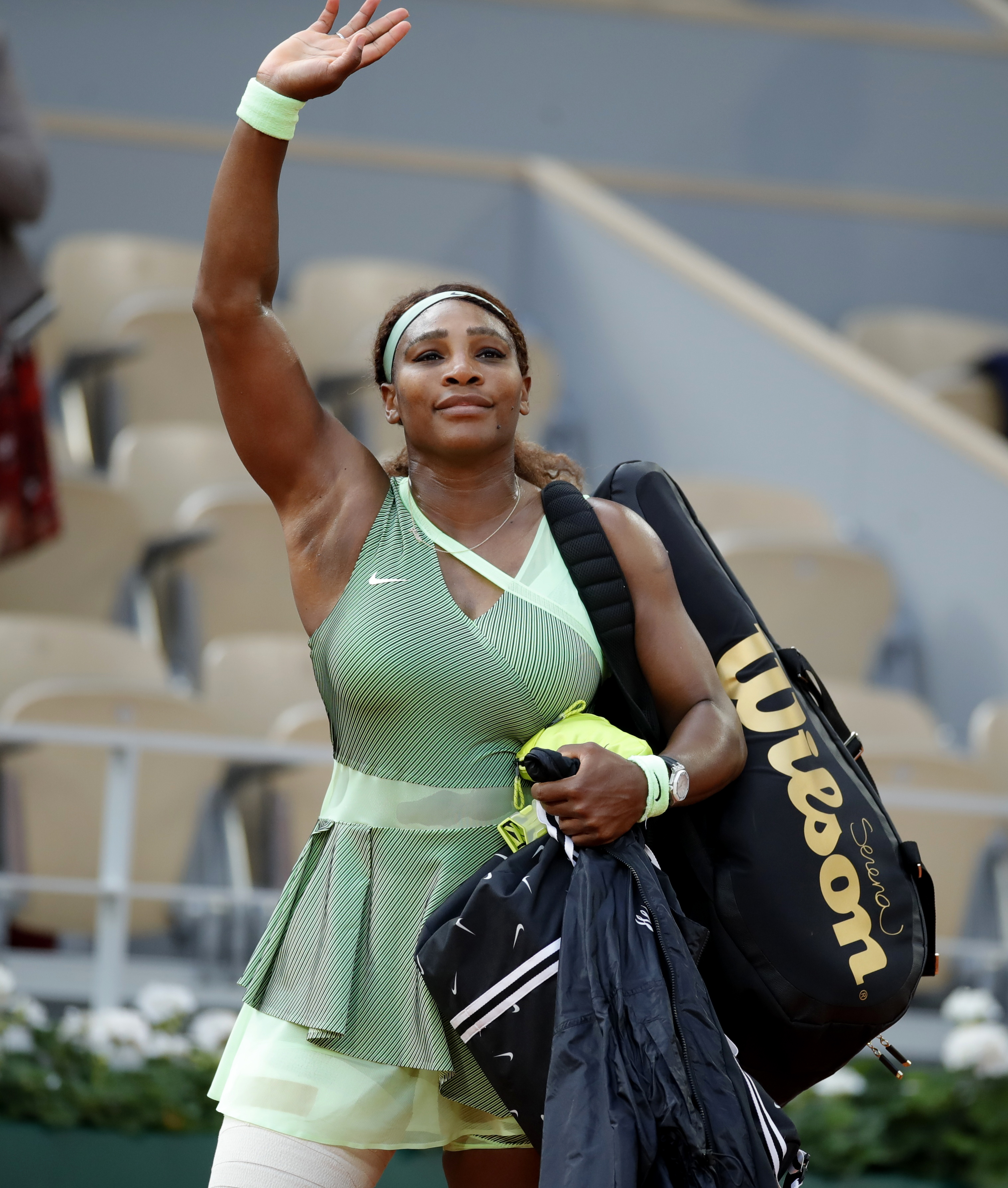 Rybakina, who was born in Moscow but represents Kazakhstan, then calmly served out for victory, clinching it as Williams belted a backhand long after one hour 17 minutes.

As she walked off Court Philippe Chatrier, the beaten Williams stooped to pick up some clay dust — a hint perhaps that she feels her time is running out to match Margaret Court's record, although she will be one of the favourites when Wimbledon begins later this month.

Rybakina will go on to face Russian Anastasia Pavlyuchenkova for a place in the semi-finals.