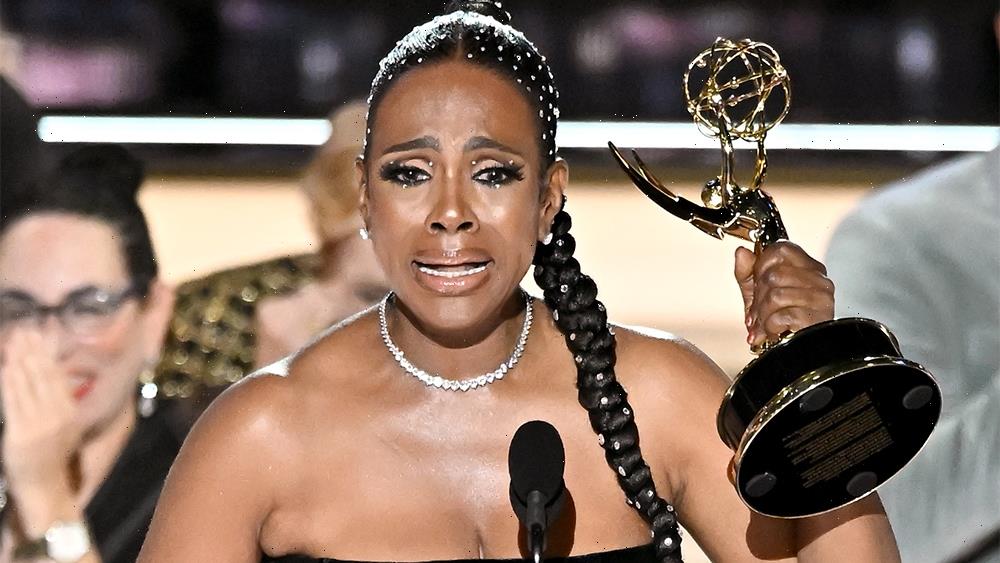 Sheryl Lee Ralph won the Emmy award for supporting comedy actress on Monday night. For playing Barbara Howard in “Abbott Elementary,” this was not only the veteran actor’s first-ever Emmy win, but her first nomination.

Ralph was clearly shocked to win the award, at first unable to stand when her name was called. After being lifted up by her castmate Tyler James Williams, she took the stage to accept her award, which was presented by Seth Meyers and Amy Poehler.

In tears, she opened her speech by singing “Endangered Species” by Dianne Reeves: “I am an endangered species / But I sing no victim’s song / I am a woman I am an artist / And I know where my voice belongs.”

In the audience, Ralph’s son and daughter hugged each other and jumped up and down, celebrating their mother’s win.

The next day on Instagram, Williams wrote about how proud he was to be there for Ralph’s special moment.

Before starring in “Abbott,” Ralph was best known for starring as Deena Jones in the original cast of “Dreamgirls” on Broadway, which earned her a lead musical actress Tony nomination, as well as for playing Dee Mitchell in the UPN comedy series “Moesha.” Her other prominent credits include “To Sleep With Anger” and “Deterrence.”