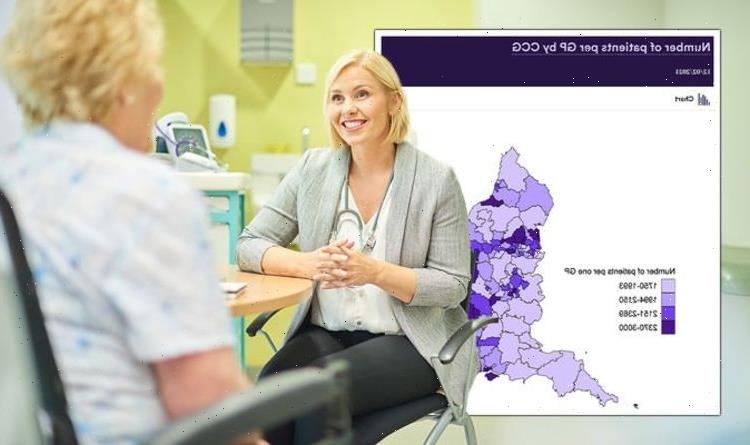 Health Secretary Sajid Javid has announced changes to GP services as we reach the tail end of the coronavirus pandemic. The overhaul will focus on getting more patients in to see their GP face-to-face should they wish, and rewarding practices with financial incentives if they revert back to pre-pandemic practices.

As part of the plans, patients will be able to rate their GP practice’s performance via text message.

Practices that fail to provide an appropriate level of “access” will be named and shamed in league tables, as part of a move to encourage more face-to-face appointments.

The overhaul has been met with disdain from doctors who say the Government originally instructed them to move as many appointments online as possible and stirring up anti-GP rhetoric.

READ MORE: GP surgery overhaul – Do I have the right to see my GP in person?

But one key pledge of the Tory’s 2019 manifesto was for 6,000 more GPs to be deployed across Britain.

The Royal College of GPs (RCGP) has called on the Government to fulfil its manifesto pledge of an additional 6,000 GPs and 26,000 other primary care professionals in the workforce by 2024 – a target that is likely to be missed.

GPs are usually the first port of call when a medical issue arises, and patients have reported accessing care throughout the pandemic has been somewhat thwarted by the loss of most face-to-face appointments, which was necessary to curb the spread of COVID-19.

But the number of doctors per person throughout England varies dramatically, with some areas having more and others having significantly less, according to data compiled by Nuffield Health.

How many GPs are there in the UK?

But this was not the case. There were 174 fewer permanent, qualified GPs than in December 2019, as well as 165 fewer locums.

DON’T MISS
GP surgery overhaul – Do I have the right to see my GP in person? [INSIGHT]
Melatonin: Winter hormone change that could make waking up harder [EXPLAINER]
Third of doctors warn NHS is not ready for winter challenges [REPORT]

The number of people per GP also varies wildly across the country, with the more densely populated areas tending to have less.

In London, NHS South West London has 1,995 people per GP, whereas NHS North Central London has 2,406 patients per practitioner.

However, some rural areas also have a comparatively low number of GPs to the general population.

Lincolnshire has 2,448 people to each GP in the area, whereas neighbouring East Leicestershire has 1,842 people per doctor.

Some densely populated cities also have a lower number of people per GP, such as Liverpool, which has 1,775 people per doctor.

How much does a GP earn?

In comparison to other types of doctors, such as consultants, they earn less – as a consultant’s salary can be as high as £114,000 per year.