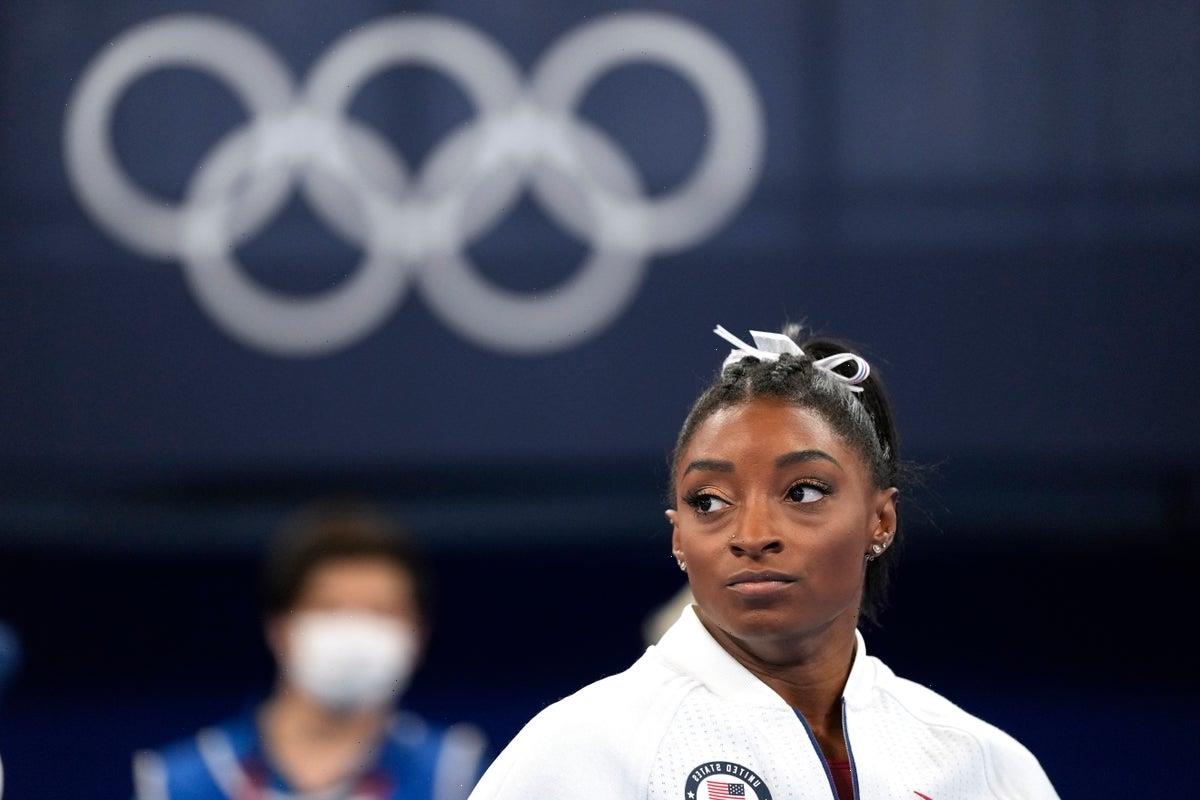 Simone Biles displayed immense fortitude, now is the time to change stigma surrounding mental health has to change – massive fortitude to walk away from most intense spotlight – mental toughness is a crucial component of sport

They do not come any tougher than Kenny Dalglish. Mentally or physically. Yet, 30 years ago he resigned as Liverpool manager. His team were reigning champions, top of the league and still in the FA Cup. Yet the Scot’s mental health was in shreds because of Hillsborough and its aftermath. Pictures from the press conference announcing his departure show a broken man.

There has been an outpouring of sympathy for Simone Biles after the American gymnast withdrew from the Tokyo Olympics to protect her mental wellbeing. The 24-year-old deserves the support. There are, of course, a minority of observers who questioned her tenacity, appetite, patriotism and courage. Mainly they are people who know very little about the pressures of top-class sport.

Dalglish bounced back and won the fourth of his titles as a manager with Blackburn Rovers. Biles, when she recovers her equilibrium, will no doubt add to her four Olympic and 19 World Championship gold medals. Even the very best experience difficult moments. And you do not have to look far in the sporting arena to find examples of people who suffer depression and emotional collapse.

Craig Johnston, one of Dalglish’s players, had a serious breakdown. The Australian overcame more barriers than most – he came to England as a teenager on a trial at Middlesbrough and was told to “f*** off” on his first day by Jack Charlton, the manager. The 15-year-old had three months before his scheduled flight home and could not bear to tell his parents, who had mortgaged their house to get him to England. He slept in a shed, worked on his game and ended up a European Cup winner. It seemed nothing could faze him.

The truth was different. The agony of being what he called “the worst player in the best team in the world” and an almost permanent substitute ended with him ripping a designer suit he was wearing to shreds and collapsing naked in tears in front of his wife. From the outside, athletes are living the dream. It is rare they let the public into their personal nightmares. It takes huge bravery to do what Biles did.

One Premier League player in the 2000s agreed to talk to a reporter about his own mental health problems and agreed that it would benefit those with similar issues around depression to go on the record about his feelings. At the last minute before publication, he changed his mind. Everybody involved understood why. The stigma might have hurt his career. Nearly 15 years later things should have moved on, with greater awareness of mental health concerns. Sadly, there are some who still see Biles as weak.

Stories abound. One manager had his career defined by his experience as a player, when his boss at the time ignored squad members who were out of favour. His friends and family thought he had the best job in the world but the young footballer hated going to work every day and went into a deep psychological trough. He vowed to do things differently when he became a manager. He has been true to his word.

Jamie Carragher is not alone in talking about how he barely enjoyed his successes because of his terror of losing his place in the team. Athletes frequently live on the edge. Only the very best can feel secure on a day-to-day basis. That’s before taking into account potential injuries and the stresses that everyone has to contend with in their personal life. 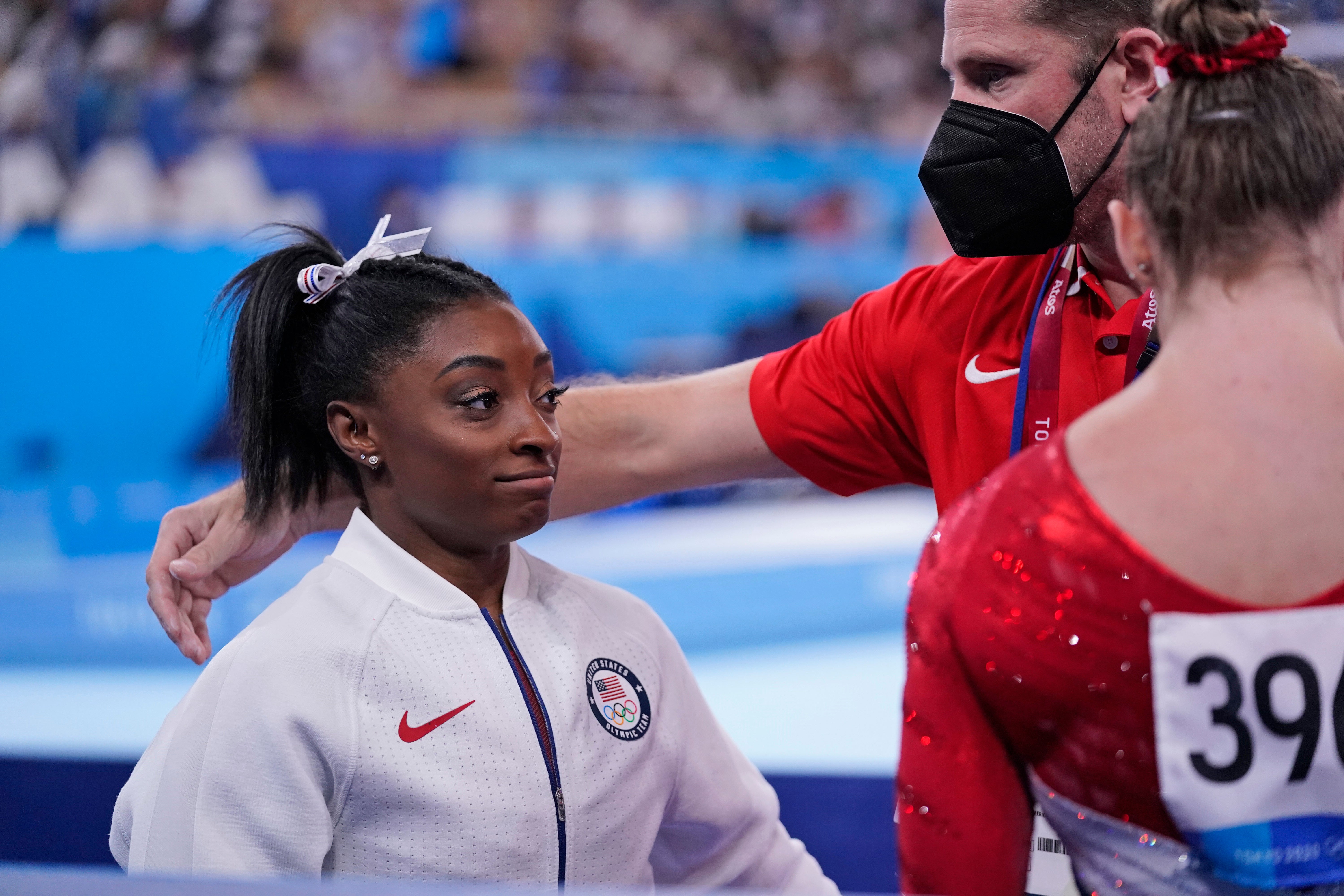 Biles has spoken candidly about her mental health

Some cannot articulate what brings them to breaking point in the same manner as Biles. One of boxing’s most memorable incidents was Roberto Duran’s ‘No Mas’ moment against Sugar Ray Leonard in 1980. ‘Hands of Stone’ quit unexpectedly in round eight. He was uninjured and was unable to cope with Leonard’s taunting. Even now he cannot fully explain what went through his mind. He fought back – literally – to become World Champion again but the trite concept that he somehow ‘chickened out’ dogged him for years.

It takes massive fortitude to walk away when the spotlight is at its most intense. Biles is to be applauded. Many would have continued and underperformed, a dangerous policy in a discipline where “the twisties” – a gymnastic version of golf’s “yips” – can lead to serious injury. In most sports an athlete can hide a little, have a poor day and regroup afterwards. Gymnasts like Biles risk suffering life-changing physical injuries if they try to pretend all is well and continue to compete.

Mental toughness is a crucial component in sport. Biles has proved hers over and over again. Psychological health is a completely different issue. No one, even the strongest and the greatest, is immune from one of humanity’s most insidious conditions, whatever the idiots say.