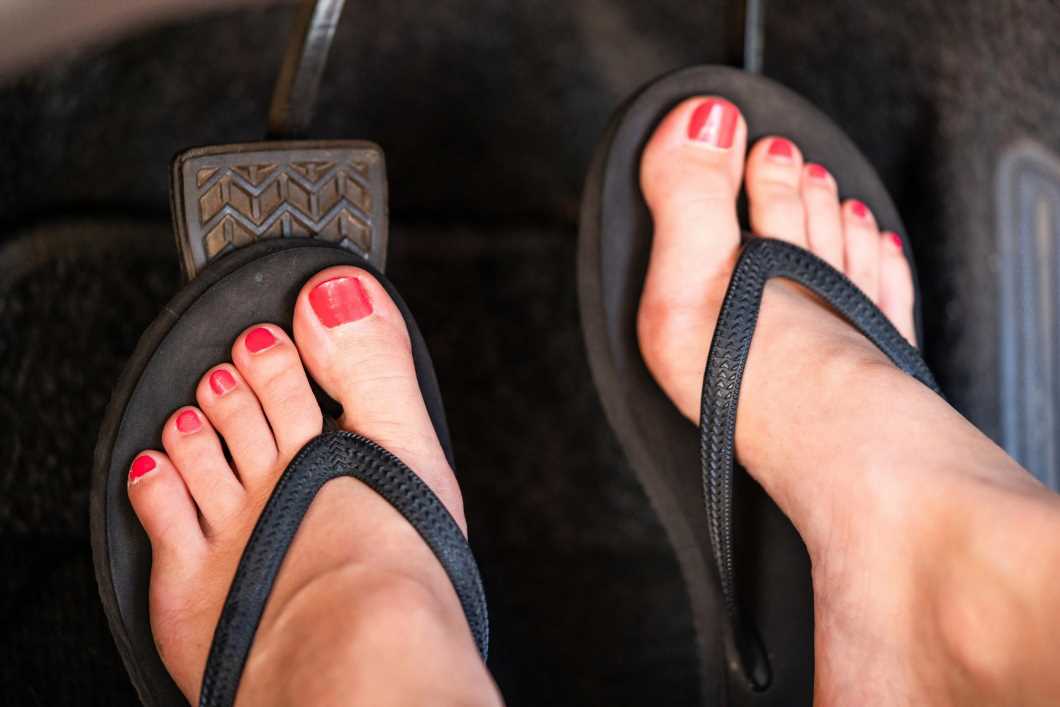 AS summer activities kick off, Brits face being fined for unexpected reasons if they don’t follow certain rules in public places.

Sunseekers across the country are flocking to beaches and parks to soak up the hot weather after months stuck in lockdown. 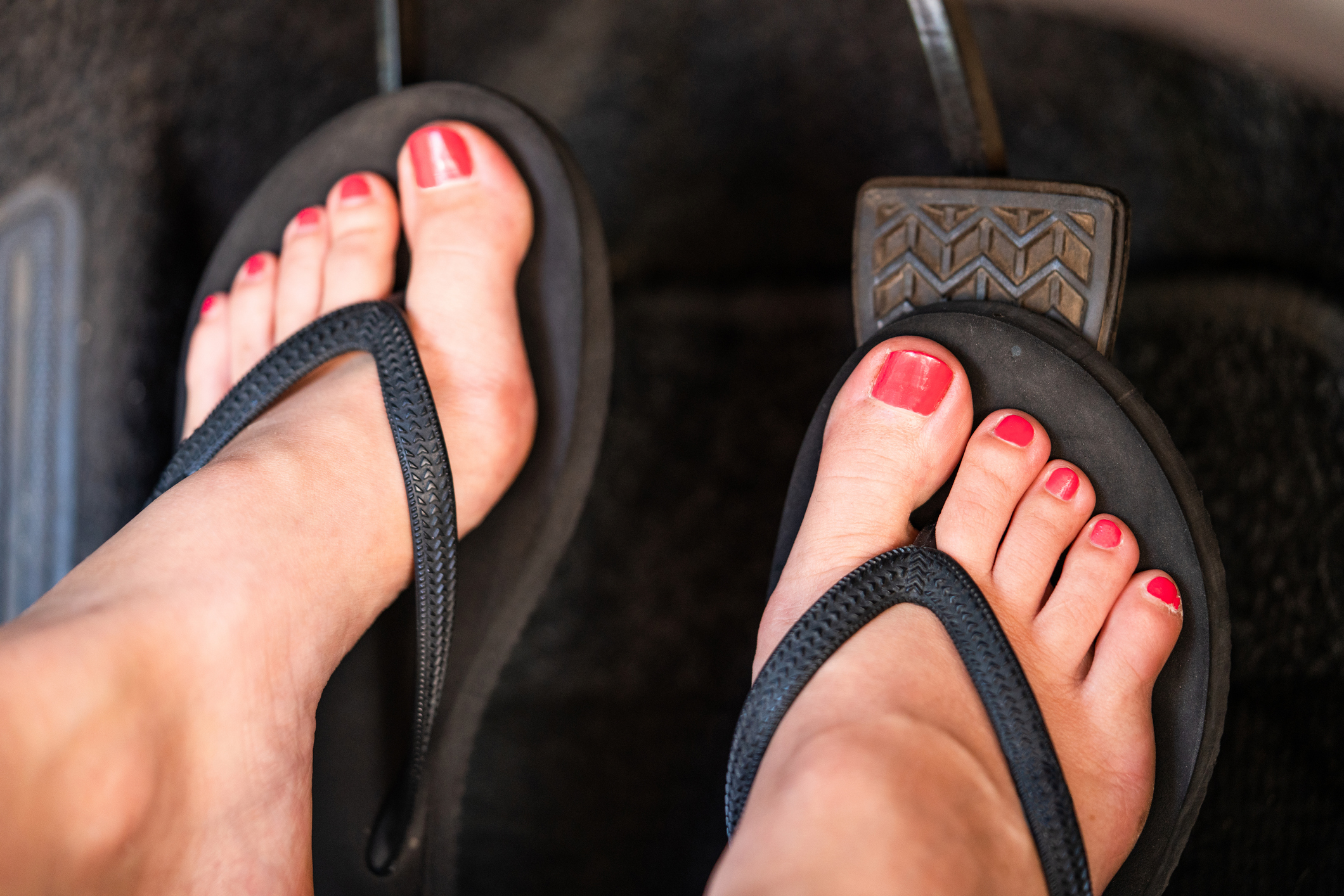 It comes as the UK is set to bask in a 30C scorcher during the hottest weekend of the year so far.

But there are several reasons you can end up being slapped with a fine as you drive to the beach or light a bonfire in a park.

Here we look at some of the rules you should look out for and how to avoid being fined.

Flip flops will become part of Brits' wardrobe this week as a heatwave sweeps the country.

But those who choose to drive in their summer shoes during the June heatwave could find themselves in hot water if they're involved in an accident.

While driving in flip flops isn't illegal in itself, wearing them could lead to a careless driving charge if they impede your ability to drive safely.

Under Rule 97 of the Highway Code, drivers are advised they must have "footwear and clothing which does not prevent you using the controls in the correct manner".

Flip flops could slip off, become wedged under pedals or prevent you from pressing the pedals with enough force to brake quickly, which could cause you to drive erratically or even lead to a collision.

What rules are currently in place at the pub?

THE rules Brits need to stick to while at their local are more relaxed compared to when pubs were last open – but some restrictions will remain in place.

The 10pm curfew has been scrapped, and punters won't have to buy a scotch egg or any other food to get served alcohol.

However, social distancing will remain in place at least until autumn, with measures set to be reconsidered in the summer when more people are vaccinated.

Boozers will have to stick to the “rule of six” limits indoors, while abiding to two-metre distancing from others.

Pub-goers aged 16 and over have to check in to NHS Test and Trace or provide their contact details to staff.

Customers must also order, eat and drink while seated at a table and if they head to the toilet or elsewhere, then face masks must be worn, unless exempt.

This is expected to stay all summer as a compromise for the early reopening.

If you are stopped by police while driving in a potentially dangerous manner or your footwear is a reason for an accident, you could be charged with driving without due care and attention (careless driving).

Careless driving carries a £100 on-the-spot fine and three penalty points on your licence.

But in more serious cases, or those that are contested in court, the charge can attract a maximum £5,000 fine, up to nine penalty points and even a court-imposed driving ban.

Barbecues on beaches and in parks

In different areas of the country, there are different rules on having barbecues in public spaces so you can easily get caught out.

Where it might they may permitted in one park, they may not be in another so it’s always best to check before you start grilling.

Firstly, if you are in the countryside, you should observe the Countryside Code and not light a barbecue.

The Code states: "Only use BBQs where signs state they are allowed.

"Always put your BBQ out, make sure the ashes are cold and dispose of them responsibly.

"Fires can be as devastating to wildlife and habitats as they are to people and property."

Some common land areas – including spaces owned by the local council, privately, or by the National Trust – have different rules and regulations.

Some do not allow the lighting of fires or use of barbecues altogether. 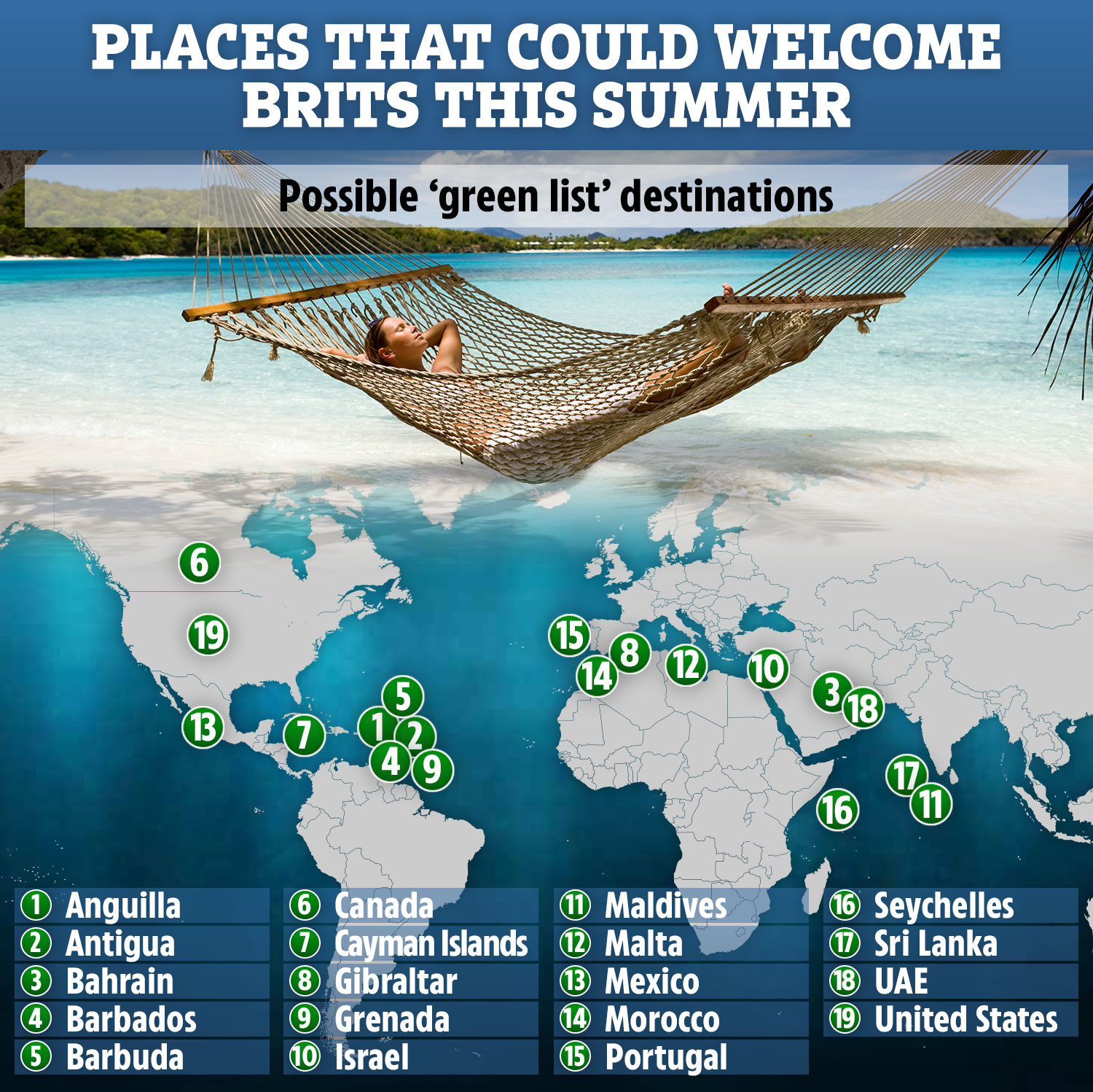 For example, Birmingham and areas around London have by-laws in place prohibiting the lighting of barbecues in green public spaces.

But other places allocate designated areas where you can grill some sausages without risking a fine.

Sheffield and Glasgow, for example, allow people to have barbecues in public parks, providing it takes place within a designated area and people take care to avoid the fire risks and scorching damage.

If you’re unsure about whether you can have a barbecue on an area of public land, you should contact your local council to check.

Currently, there are no specific laws against having a barbecue on your balcony however you would be highly advised against it.

Most leases for apartments will prohibit the use of BBQs on balconies.

Even if it doesn't state that barbecues are prohibited on your lease, your neighbours might advise you against them due to the potential danger.

London Fire Brigade urges you not to have barbecues on balconies.

Driving without sunglasses or the wrong shades

Brits getting behind the wheel without appropriate eye wear could also be slapped with a fine up to £5,000.

While it's not a legal requirement to wear sunglasses when driving in bright conditions, not putting them on could see you slapped with a careless driving charge.

If the sun shines in your eyes when not wearing tinted lenses, and causes you to momentarily take your eyes off the road, a police officer could claim that you were "driving without due care and attention".

According to Rule 237 of the Highway Code, drivers need to slow down or pull over if they are "dazzled by bright sunlight".

So if a motorist chooses not to wear sunglasses, and also disobeys the Highway Code by not pulling over when dazzled by sunlight, the police would be within their rights to charge you with careless driving.

And you're even more likely to be slapped with a charge if you're involved in an accident because you were dazzled by the sun.

Driving without due care and attention, or careless driving, carries a £100 on-the-spot fine and up to three penalty points on your licence.

But if you were to contest the charge in court and were convicted, you could face an unlimited fine, up to nine penalty points and even a court-imposed driving ban – although for the majority of motorists, the fine won't exceed £5,000.

Even drivers who remember to protect their eyes could face a penalty for wearing sunglasses that are too dark.

According to the AA, it's illegal to wear the most heavily tinted sunglasses at any time while driving.

Urinating in a public place

If you’re drinking on the beach or in a park, you may eventually need to go to the toilet.

But if you don’t use a restroom, you can end up being find hundreds of pounds for urinating in a public place.

Public urination as an offence comes under the by-laws of individual local authorities across the country under Section 235 of the Local Government Act 1972.

So how much you can get fined varies depending on the local council.

Last summer, Hackney Council in London fined people £150 if they were caught urinating.

Meanwhile, Basingstoke and Deane council says urinating or defecating in any public place is punishable by a fine of up to £500.

In some cases, police officers may also issue a Penalty Notice for Disorder (PND) under Section 5 of the Public Order Act 1986 for urinating in public with fines beginning at £60.

We’ve all seen dogs riding shotgun or hanging their heads out the window.

But almost two thirds of UK motorists are unaware that driving with an unrestrained pet is against the law and can attract a fine of up to £5,000 for careless driving.

According to research by Confused.com, more than half of pet-owning drivers don't realise letting their pet loose in the car may also invalidate their insurance.

The study found one in 10 drivers has had an accident while travelling in the car with a pet, or know someone who has.

Rule 57 of the Highway Code states: "When in a vehicle make sure dogs or other animals are suitably restrained so they cannot distract you while you are driving or injure you, or themselves, if you stop quickly.

And while disobeying the Highway Code doesn't carry a direct penalty, drivers could be pulled over by police and fined up to £1,000 for driving without proper control if their pet distracts them.

That could be stepped up to failing to drive with due care and attention (careless driving) which carries a maximum fine of £5,000 and nine penalty points if the case goes to court.

In extreme cases, the incident could also result in a driving ban and a compulsory re-test.

To make matters worse, your insurer is likely to refuse a pay out in the event of an accident, leaving you with a sizable damage repair bill.

Whether you’re having a big picnic or eating a snack in the sun, you should always try to dispose of your waste properly.

Councils have the power to issue on-the-spot penalties of up to £150 for littering.

They can also fine drivers the same amount for throwing rubbish from a vehicle window.

Meanwhile, police officers can issue a £60 Penalty Notice for Disorder if you litter under Section 87 of the Environmental Protection Act 1990.

In April this year, the government released a statement condemning widespread littering that had been seen in public spaces after lockdown restrictions eased.

Environment Minister Rebecca Pow said:”Our green and open spaces are there for everyone to enjoy and are home to precious wildlife.

“Everyone has a part to play in acting responsibly and keeping these areas clean.”

“Please make sure to bag up your waste and bin it. If the local bins are full, please take your waste home with you.”

She added that keeping the UK’s streets clean cost local councils around £700 million a year, mainly due to avoidable litter, where the money could be better spent in the community.

In other news, fans drinking in the pub over the weekend will be banned from singing 'Football's Coming Home' and 'God Save the Queen'.

Greene King pubs are also giving away free pints on Friday to celebrate reopening after lockdown.

For those planning on summer drinks at home, Argos is selling a firepit that’s £30 cheaper than Aldi.