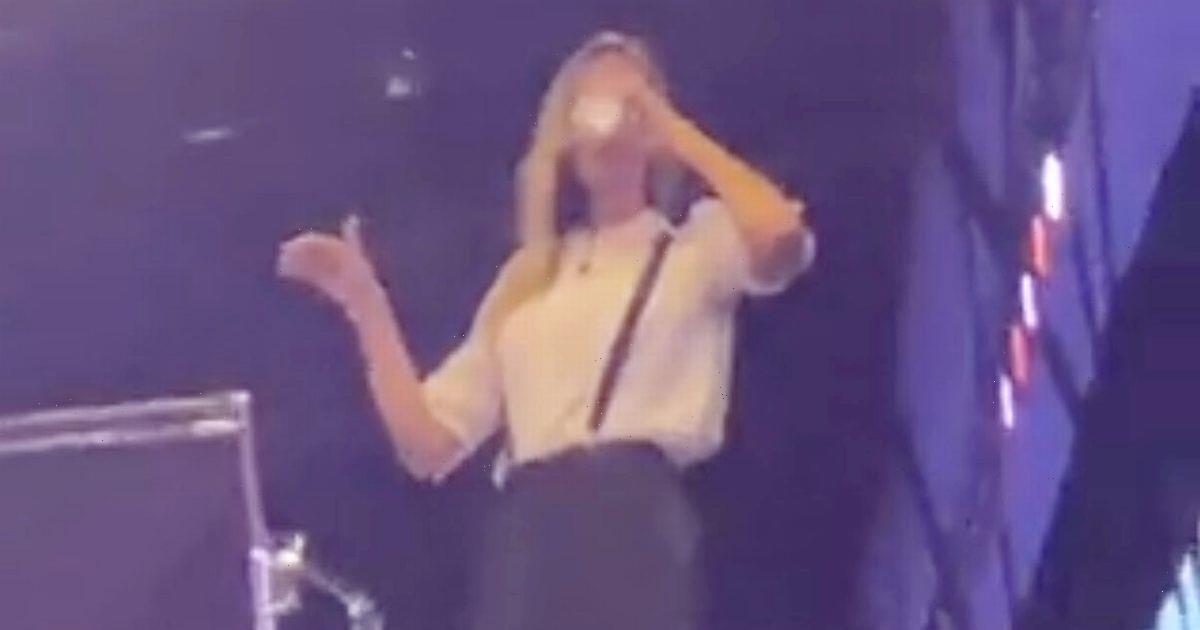 Laura Woods had the darts crowd on their feet as she downed her drink during the PDC World Championships at Alexandra Palace.

Sky Sports host Woods was enjoying a break from presenting the TV coverage of the tournament, but she became the focus of the crowd's attention while the action was ongoing.

The sports' fans have shown that anything goes at Ally Pally this year, with chants aplenty and some crazy alcohol antics.

And the party atmosphere at the famous arena is in fact so infectious that Woods couldn't help but join in with seeing off her drink in one big gulp.

In a video shared on Twitter by Glen Wilkie, fans are cheering her on while she empties her cup before chucking it down from the presenting platform.

A round of applause broke out and Woods raised her hands in the air before bowing to the fans in attendance.

She later shared the video herself on social media, writing: “If you can’t beat them… off home for Christmas, Ally Pally you have been mega.”

Although most supporters would have been necking pints, Woods confirmed her drink was just a cup of tea.

What's been your highlight of the World Championships so far? Let us know in the comments section.

Don't miss a thing with our football updates!

Want to be on the ball with all of the latest football news?

Well then sign up for the brilliant Daily Star football email newsletter!

From the latest transfer news to the agenda-setting stories, get it all in your email inbox – don't miss a thing.

It only takes a matter of seconds.

Simply type your email address into the box at the top of this article and hit 'subscribe'.

And that's it, job done. You'll receive an email with all of the top news stories every single morning.

You can find out more information on our email newsletter on this link here.

Woods has become a firm fan favourite at Ally Pally in recent years.

Darts is the sport that she began her presenting career in when she conducted behind-the-scenes interviews for Sky.

She has since risen through the ranks and become a key part of the sport's presenting line-up, as well as covering football and boxing too. Back in 2019 she was serenaded by the crowd at the championships.

They sung: "We love you Laura, we do, oh Laura we love you."

She replied on social media: "Dear Ally Pally, I love you."

Woods' name also heavily features on the signs that attendees are given to write their own message on.

She shared several examples on her Instagram story, with one fan even putting "I love Laura Woods" on his chest with a marker pen.