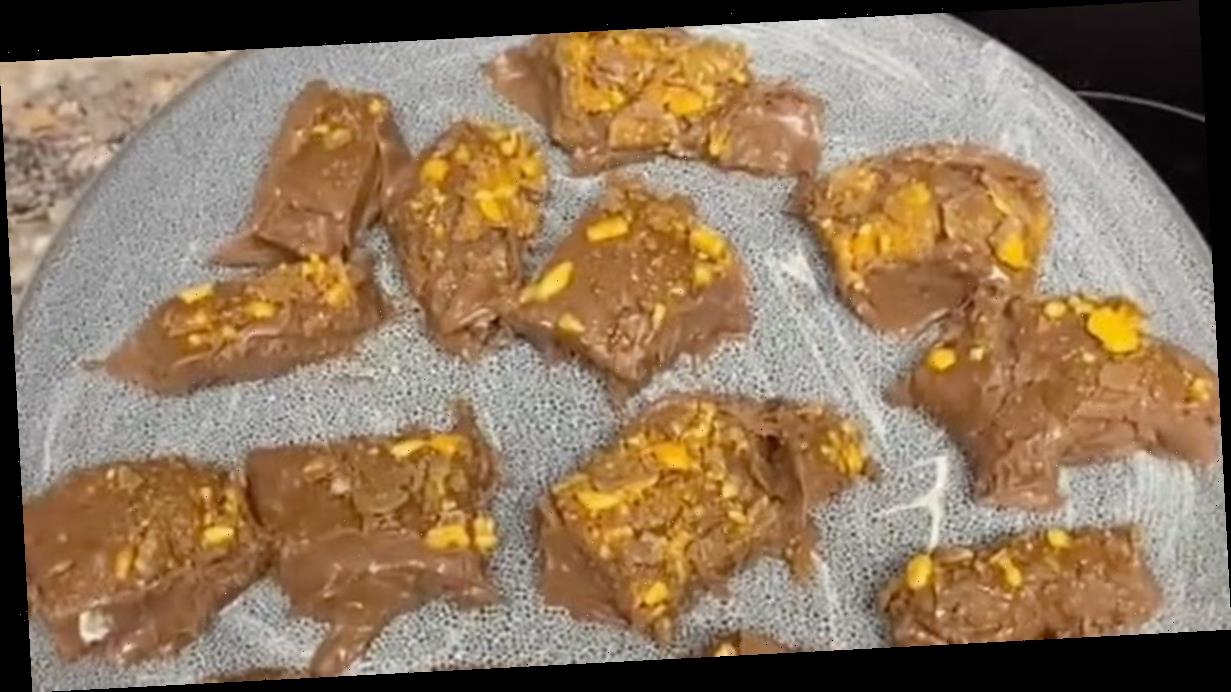 A woman has been cooking up a storm with a seriously indulgent recipe for Terry’s Chocolate Orange fudge with a Cadbury’s Crunchie topping.

In the clip, TikTok user @melissaohalloran says she uses a slow cooker on the "high" setting.

She melts two boxes of Terry’s Chocolate Orange in the pan and adds a tin of condensed milk and a teaspoon of vanilla extract and a knob of unsalted butter.

After lots of stirring, the mixture starts to resemble a creamy chocolate pudding.

Next, she pours it out onto a tray lined with baking paper and sprinkles pieces of smashed-up Cadbury’s Crunchie on top.

The mixture is chilled in the fridge for three hours and is then ready to eat – and it looks a treat.

Melissa’s recipe has been "liked" more than 12,000 times and attracted hundreds of comments, with some people joking that their diets are ruined.

One fan commented: "Forget it my diet can start next week, off to Londis I go."

"I made this the other day it’s lovely isn’t it," gushed someone else.

Another person said: "We’ve just done with this the kids, they loved it."

The recipe has been trending on various social media sites and cleaning and lifestyle guru Mrs Hinch gave it a go after spotting it on Facebook.

Mrs Hinch – real name Sophie Hinchcliffe – gave the recipe a rave review but said she could only eat three pieces before she began to feel sick.

She told her fans: "They taste amazing.

"I think I'll make more closer to Christmas and bag them up as mini gifts."