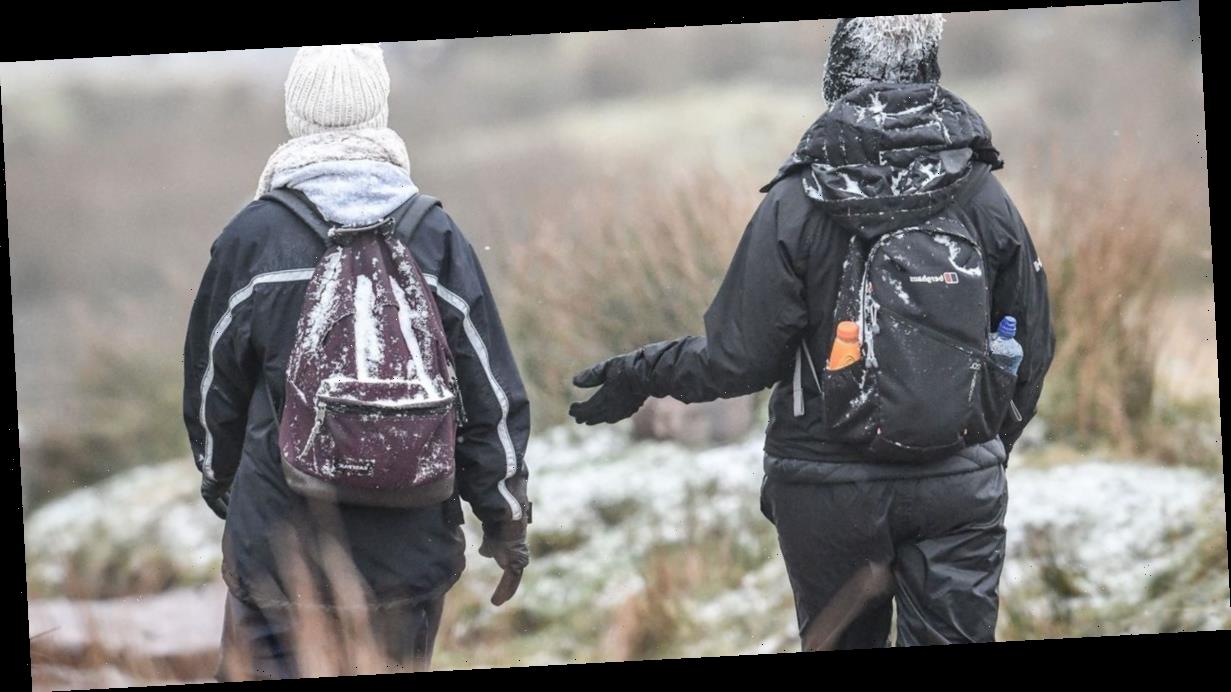 The Met Office has issued a yellow weather warning for snow and ice in parts of the UK for two days this week.

Longer journey times are expected as roads and railways are likely to be affected by snow and iceon Wednesday and Thursday.

The Met Office has also issued a warning that the roads and pavements could become icy and people could be injured if they slip.

A warning has also been issues that there will be some icy patches on untreated roads, pavements and cycle paths.

The Environment Agency has also issued more than 30 flood warnings and 150 flood alerts with heavy rain predicted to affect areas of the country badly hit by last month's storms.

Flood barriers are being deployed to protect Hereford, three weeks after a record high on the River Wye of 6.11 metres – more than two metres above the level which leads to minor flooding in the city.

The Environment Agency said the River Wye was expected to peak in Hereford on Tuesday night at around five metres, while the Met Office has warned of heavy rain in parts of Wales and northern England.

Meanwhile, the River Severn in Shrewsbury is predicted to rise to levels which may cause flooding in the town on Wednesday.

"River Wye in £Herefordshire now responding to last night's heavy rain in Wales. Expecting a peak of around 5m in Hereford tonight. That's around a metre lower than 17th February."

In another tweet, Mr Throup said February's floods on a stretch of the River Teme near Leintwardine, Herefordshire, had created new channels, undercut banks and created huge new gravel deposits.

The Met Office has put an amber warning in place for parts of mid and north-west Wales with fast-flowing or deep floodwater likely, causing a "danger to life".

Areas already hit by flooding in February, including Builth Wells and Newtown in mid Wales, are among those expected to be worst hit, with flooding likely to cause damage to homes and businesses.

Pantmawr, in Powys, saw 23.8mm of rainfall in around four or five hours from Monday afternoon with more expected overnight and some areas on higher ground due to get up to 100mm.

Met Office meteorologist Marco Petagna said: "Although there's going to be a lot of rain in the next 24 hours, beyond that, although it will be fairly unsettled, it doesn't look like any one particular place will be in the firing line to see persistent, heavy rain.

"There's some rain around but it's not as focused.

"It's generally a colder second half to the week with sunshine and some showers, but still quite blustery.

"There's a hint in the second half of the month things might become a bit quieter.

"It's still 10 days away but there are some tentative signs we might get some drier weather in the long term.

"But certainly in the next week or so it's going to be very changeable."