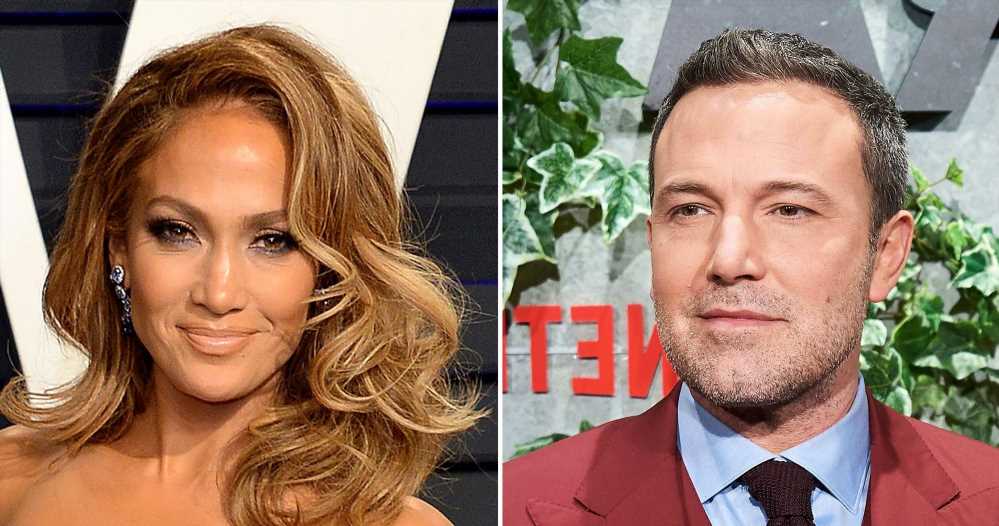 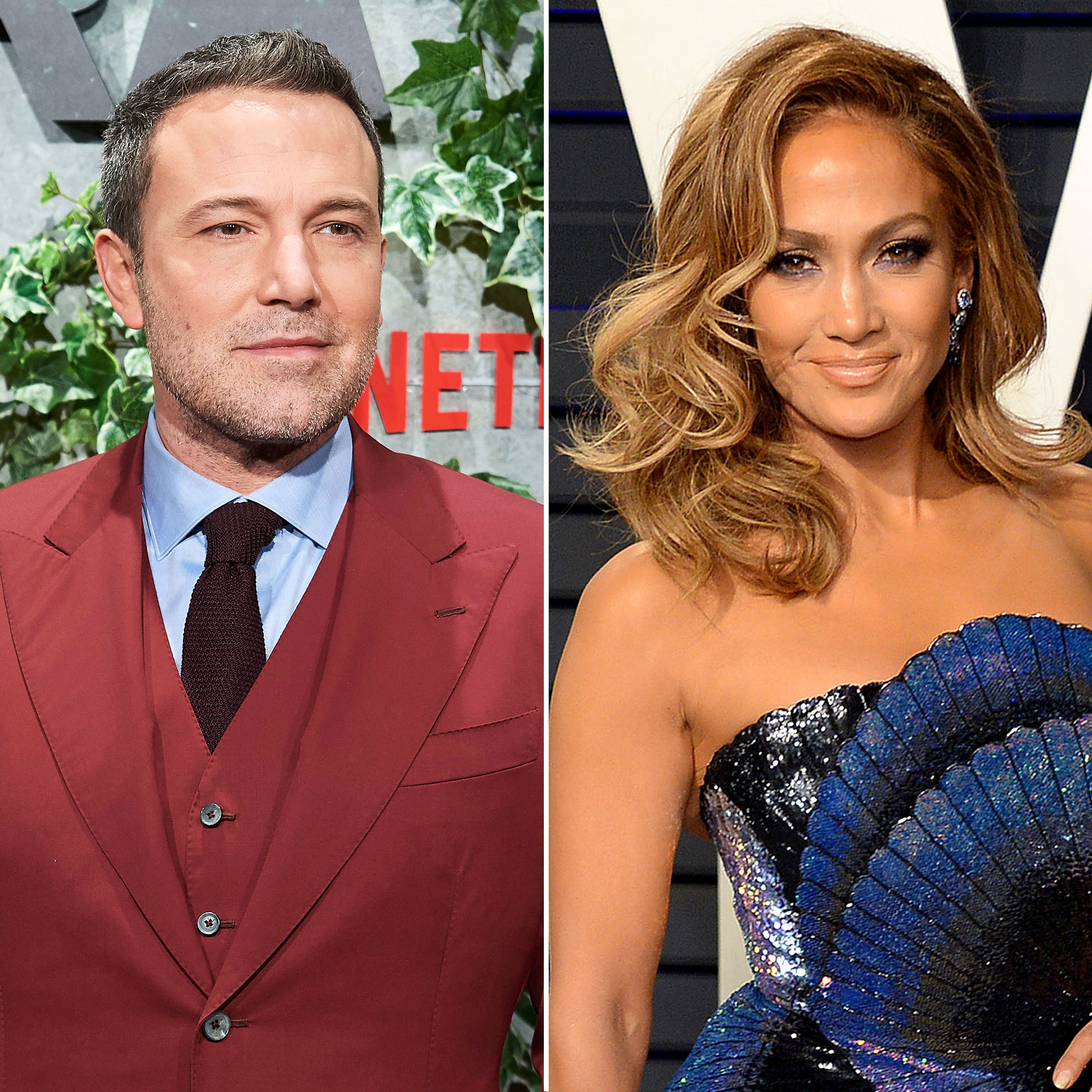 Seeing her shine! Ben Affleck proved he’ll always be Jennifer Lopez‘s biggest fan while she worked on a project in Los Angeles.

Everything Ben Affleck, Jennifer Lopez Have Said About Their Relationship

The 48-year-old Oscar winner was spotted chatting with crew members on set as his 52-year-old girlfriend was filming. In photos posted by Page Six on Friday, August 13, Affleck wore an earpiece so he could be fully tuned into Lopez’s performance and later paused for a cigarette break.

Pics of Affleck’s visit surfaced shortly after the couple were seen dining at Hollywood hotspot Craig’s with the Hustlers actress’ 13-year-old daughter, Emme, on Wednesday, August 11. The teen’s twin brother, Max, didn’t appear to join the trio for the outing.

The Grammy nominee shares her two children with ex-husband Marc Anthony, from whom she split in July 2011. Their divorce was made final three years later, and Lopez later moved on with Alex Rodriguez. The duo were engaged for two years before calling it quits in April. 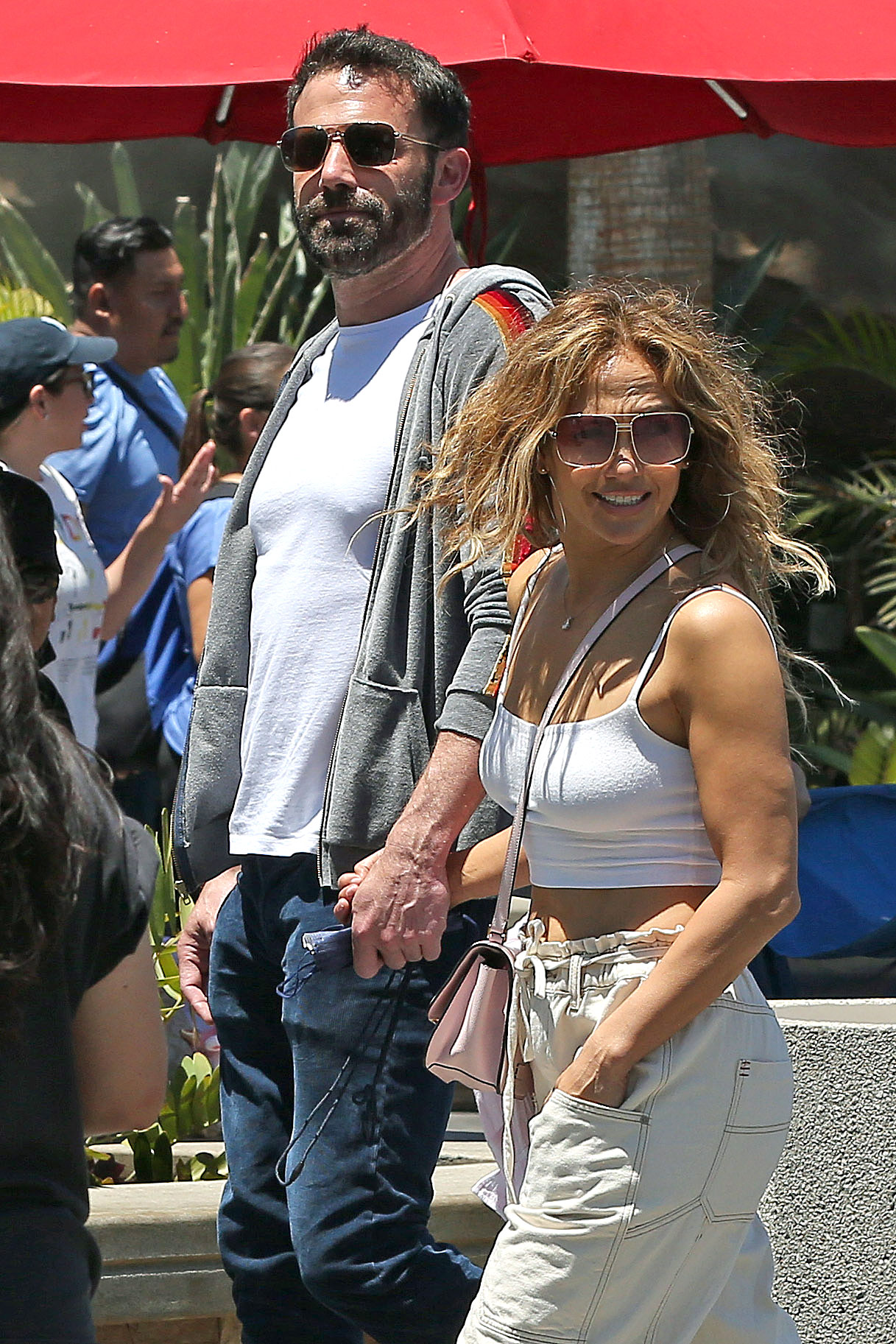 “We have realized we are better as friends and look forward to remaining so,” the former fiancés told Today in a statement, days before Lopez was spotted with Affleck in Los Angeles.

Us Weekly confirmed in May that the “Get Right” singer and the Gone Girl star are “full-on dating” and “very happy together” as they reignited their old flame. The couple lovingly known as Bennifer were briefly engaged after falling in love on the set of 2003’s Gigli and remained close in the years following their split.

“She’s the real thing,” Affleck gushed of the Maid in Manhattan actress while speaking with The New York Times in 2020. “I keep in touch periodically with her and have a lot of respect for her. How awesome is it that she had her biggest hit movie at 50? That’s f–king baller.”

While longtime fans of the famous couple eagerly waited for them to address their new chapter, they took their time to make things official. Lopez shared her first photo with the Argo director while celebrating her birthday in July, sealing her relationship status with a steamy kiss.

“[They] wanted to share their love with the world,” a source told Us at the time, adding that the pair are “ready to fully be a public couple.”

Jennifer Lopez’s Dating History: A Timeline of Her Famous Relationships

Both Affleck and the “Dinero” singer have grown accustomed to dating in the spotlight. The Town star split from ex-wife Jennifer Garner — with whom he shares Violet, 15, Seraphina, 12, and Samuel, 9 — in 2015 after 10 years of marriage. As her former spouse moves on, the Alias alum, 49, is fully supportive.

“J. Lo has Jennifer Garner’s seal of approval,” a source told Us in June. “J. Lo thinks Jennifer is a kind and wonderful person and an amazing mother.”