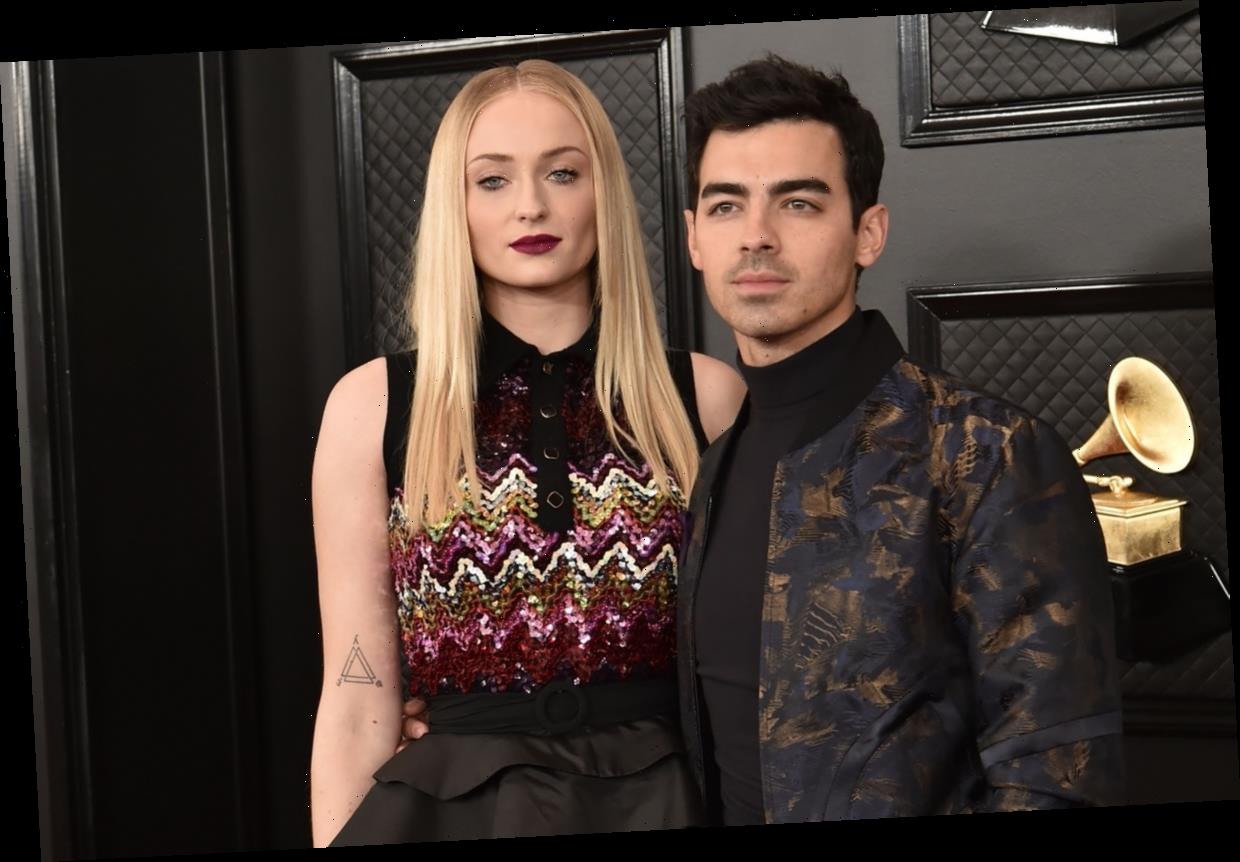 Sansa Stark may not be afraid of anything, but, as it turns out, Sophie Turner has a few very healthy fears, including the fear she had when meeting her now-husband for the first time. As she hilariously revealed in a new interview published on Tuesday, March 3, Sophie Turner worried that Joe Jonas was a catfish before their first date. Proof even a famous actor can have the same worries that you would if you somehow scheduled a date with a celebrity.

As she explained to ELLE, the Game of Thrones star had some nerves about her first date with Jonas in 2016, which was arranged through mutual friends via text messages and email. "I expected him to show up with security and everything," she said. "I thought, ‘He’s gonna be such a d*ck.’" She even brought back-up, just in case he ended up being not who he said he was. "I brought all my guy friends to come with me to meet him, because in the back of my mind I still worried that he could be a catfish—or I don’t know what," she said. "I just wanted my guy friends with me. I had my rugby boys. I was safe.”

She didn’t need to be worried, however. According to Turner, Jonas showed up at a "sh*tty bar" with just one friend, sans security, and drank just as much as her rugby friends before the two of them started talking in a small corner. "We talked for hours, and hours, and hours. And I was, like, not bored," she said. "It wasn’t contrived. It wasn’t small talk—it was just so easy. And soon we were, like, inseparable."

From that point on, they truly were inseparable. Jonas and Turner got engaged on their first anniversary and tied the knot (twice!) in 2019. And although they haven’t officially confirmed it, the couple is reportedly expecting their first child. So evidently, her fears about somebody catfishing her were unfounded. However, their relationship almost didn’t happen for another hilarious reason: her childhood hatred of the Jonas Brothers.

“My friends and I were not Jonas Brothers fans,” she told ELLE, explaining that her disdain for the JoBros was due to her fandom of British band Busted. "They had a hit called ‘Year 3000.’ It was amazing, and we were huge Busted fans. Then the Jonas Brothers covered the song and made it massive. And Busted broke up. We thought it was all the Jonas Brothers’ fault. So we hated them.” Considering the fact that she’s now starred in two Jonas Brothers music videos, it’s safe to say she’s changed her tune.