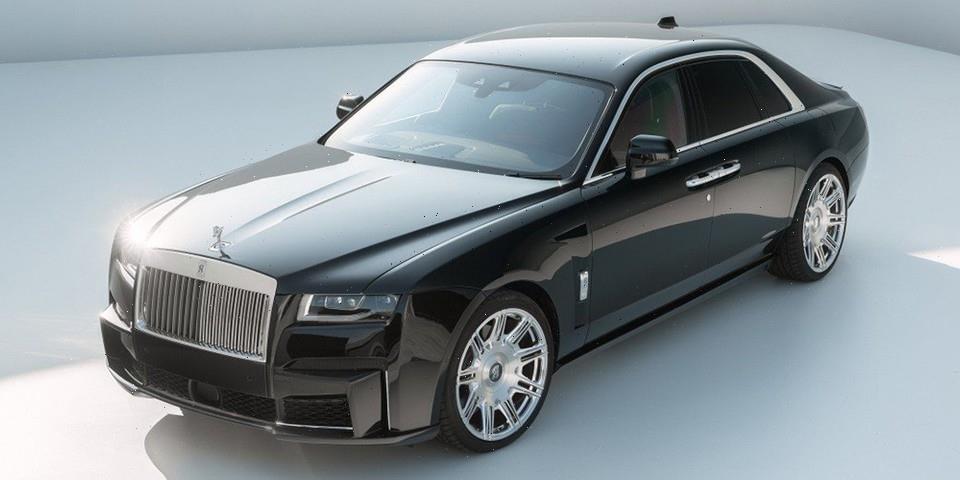 NOVITEC sub-label SPOFEC is known for remixing the Rolls-Royce line-up, having previously dabbled with the Wraith and Cullinan 4×4, but now it takes a slightly more subtle approach with its take on the all-new Ghost II.

Rolls-Royce’s Ghost II is the new-and-improved version of what many refer to as the “baby Phantom,” a name given to it because of its slightly smaller and slimmer profile than the flagship model. However, this is all switched up thanks to SPOFEC’s carbon fiber body kit extensions, which add a new front bumper splitter, side skirts, a set of fenders, a revised rear bumper, and a new spoiler lip.

Additionally, a set of 22” Vossen-made chrome rims have been added alongside a suspension lowering of 40mm, making the car look squat and aggressive. Matching the newfound looks is an engine upgrade, which takes the twin-turbo V12 up to 685 HP and 958 Nm of torque, making for a 0-62 MPH time of just 4.5 seconds.

SPOFEC’s Rolls-Royce Ghost II can be seen above, while more information about the tuned land-yacht can found on SPOFEC’s dedicated webpage.

In other news, McLaren’s Elva has been officially released.
Source: Read Full Article