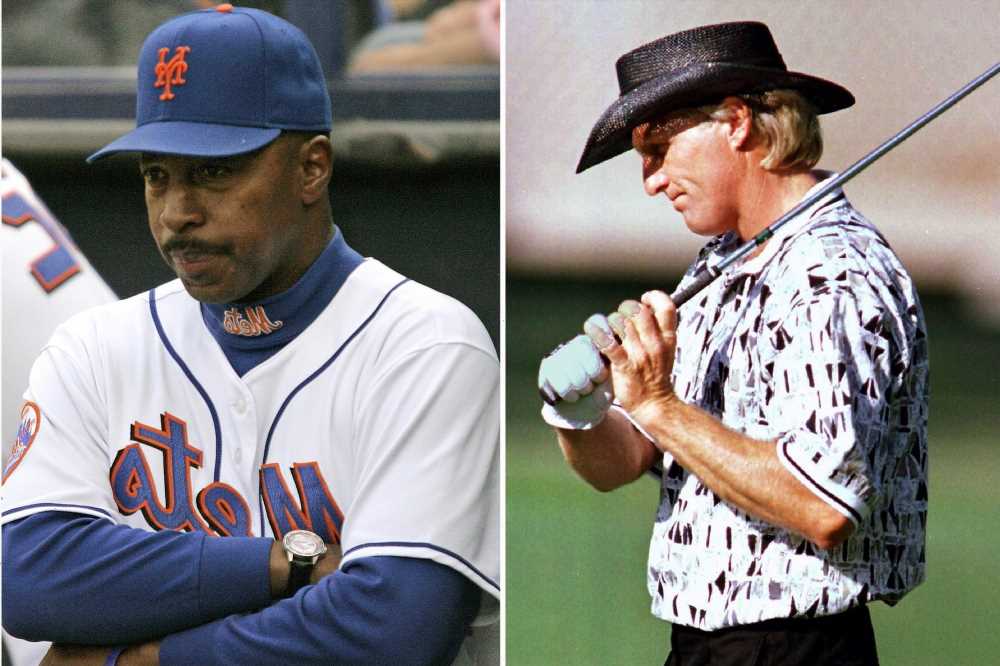 The Knicks refuse to go away

It was nothing personal, honest. For the most part, Hideki Matsuyama had charmed the world with his shot-making at Augusta National. That back-nine 30 on Saturday had catapulted him to the lead. He was cruising on Sunday, turning the Masters into an elongated bore. Not his problem. Not his fault. He was on his way.

And then came No. 15. Up four with four holes to play, Matsuyama made one terrible decision — deciding not to play it safe and lay up on the par-5 called “Firethorn” — and compounded it by putting that second shot in the water. The bogey cut his lead in half, and around the globe at the same time hundreds of millions of sports fans uttered the same word.

In Italy it was “soffocare.”

Golf is a special case study in choking, of course, because anyone who has ever left a 6-foot putt 2 feet short for a $2 Nassau knows the constant shadow that choking can cause for everyone. You need to keep this drive straight? That sucker’s sailing toward the woods. Need to play this chip shot clean? Welcome to the thickest chili dip you’ve ever seen. Need to four-putt to break 80? Hello, five-putt!

Of course, even the greatest golfers have succumbed. This was, after all, the 25th anniversary of Greg Norman gagging away the ’96 Masters. Those of us who were there will never forget Phil Mickelson calling himself an “idiot” at Winged Foot after he’d spit up a great chance to win the 2006 Open by doubling the 72nd hole.

Good for Matsuyama: He didn’t choke. He recovered and won a green jacket, despite the hungry eyes of the sporting world waiting to see if he’d pull a full-fledged Van de Velde.

In some ways, the notion of choking is one of the great unique experiences of sport — though it’s less enjoyable if you happen to be on the receiving end of it. George Steinbrenner, horseman, famously observed that the 1978 Red Sox had “spit the bit” once the Yankees pursued them that year — but Steinbrenner lived long enough to see and sense the flip side of all of this 26 years later.

It is a reminder that choking doesn’t always happen in a vacuum. In individual sports, sure. Norman and Mickelson held ajar a door Nick Faldo and Geoff Oglivie barreled through that wouldn’t have been possible sans meltdown. John McEnroe coughed up the 1984 French Open to Ivan Lendl all by himself. Same with the late Jana Novotna, about to go up 5-1 in the third on Steffi Graf in the 1993 Wimbledon final before double-faulting and melting down.

But even then, there was no law Faldo and Oglivie would take advantage. Graf had to still play almost perfect tennis to take advantage of Novotna’s largesse.

The two chokes that hit closest to home around here? Sure, the 2004 Yankees became (and remain) the only baseball team to blow a 3-0 lead in a best-of-seven — but as unevenly as they played the final four games of that series, the Sox had to actually seize them away, including two improbably comebacks in Games 4 and 5. It is very much a counterbalance: Sox comeback/Yankees choke, best described by whichever side of the divide you happen to sit.

Three years later, the Mets famously had a 7 ½-game lead on the Phillies with 17 to play before Philadelphia was able to achieve some karmic payback for their epic collapse from 1964. And, look, the Mets were wretched down the stretch, 5-12. But it also took the Phillies going 13-4 to get there. And, don’t forget, the Rockies went 13-1 down the stretch to make sure the Mets wouldn’t even get a shot at the wild card.

All true. What we remember, though, is the choke. Of course. That’s sports.

When the Mets lose a game this year because of locusts, that’s when we can all start to wonder about whether the team needs to keep an exorcist on retainer.

Bob Beretta just left West Point, where he has faithfully served the athletic department since 1987. And as profound a loss as that’s going to be for the Black Knights of the Hudson, it’s going to be an amazing development for LeMoyne College, where he is now the athletic director. Not sure “Go Dolphins/Beat Navy!” has quite the same ring to it, but Bob will figure out a way.

Here is a delightful book that I can’t recommend highly enough: “Fred From Fresh Meadows: A Knicks Memoir.” Fred Cantor’s stories ring like a trusted friend’s from the neighboring barstool. It’s about time the Knicks became a source for fun, terrific literature again.

CBS renewed “Blue Bloods” for a 12th season this week, which just goes to show that not all the news around here is grim.

Whack Back at Vac

Richard Siegelman: Max Scherzer’s 2,807th strikeout surpassed Cy Young’s total, but I estimate that mathematically, Scherzer, with his 175 wins, will not be able to surpass Young’s total of 511 victories before the year 2525 (Shoutout to Zager & Evans).

Vac: More important, when can we expect Jacob deGrom to get there?

Rob Weintraub: The person who might be the most important in sports radio is the call screener. If I have to listen to one more caller complain about how the Yankees and/or Mets are going to go 0-163 this year I will scream or cry.

Vac: You mean that stuff that fell all week … that wasn’t really the sky falling?

@knishboy: Nobody asked me but … Kenny Atkinson built the culture of the Nets’ bench, and he deserved better than this. He should still be captaining the ship in Brooklyn Harbour, and I like Steve Nash, but fair is fair.

@MikeVacc: Whenever I hear a Nets fan get a little too full of the goodness and greatness of the Nets, I like to remind them how the team did Atkinson dirty. That’s pro sports, but we don’t have to like it.

William Joosten: Mike, the worst play in the NBA without doubt is the jump ball!!! The refs can’t toss it up straight and spend a lot of time rearranging the players. Inefficient use of time usually giving one team an advantage because of the poor release by the ref. Doesn’t the college game offer a solution in its form? Also would be a time saver.