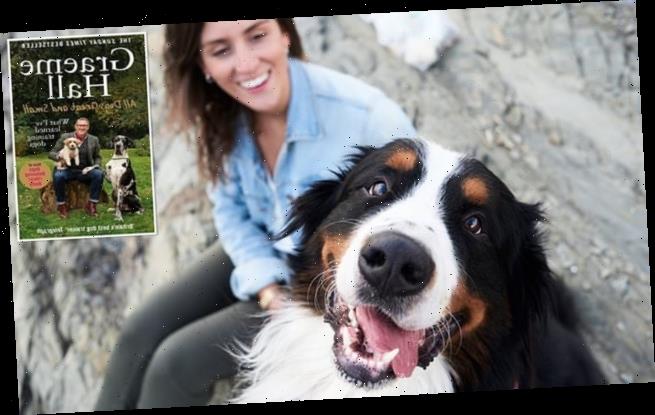 Dogfather who can make your mutt waggy ever after: Star of Channel 5’s Dogs Behaving (Very) Badly reveals his unexpected dog training career and the mistakes he’s made along the way in an honest new book

All Dogs Great And Small

A dog is for life, not just for lockdown, is the new catchphrase of an elderly man with an old spaniel I often meet in the fields behind my house.

He usually gives my little black Staffie a treat, while venting his disapproval at the sudden influx of new dog owners (Google searches for ‘Buy a puppy’ have increased by 115 per cent since the first lockdown) as they slip around the muddy paths in their inappropriate footwear, chattering away on their phones, oblivious to the behaviour of their ‘fluffy new toys’.

While I agree that these aren’t the optimum conditions under which to raise a puppy, I’ve also seen how much emotional and physical support dogs have provided to people unsettled by the pandemic.

And although training classes have been suspended, those looking for support in raising a happy and well-behaved pet could do far worse than read the new book by Graeme Hall, jovial star of Channel 5’s Dogs Behaving (Very) Badly. 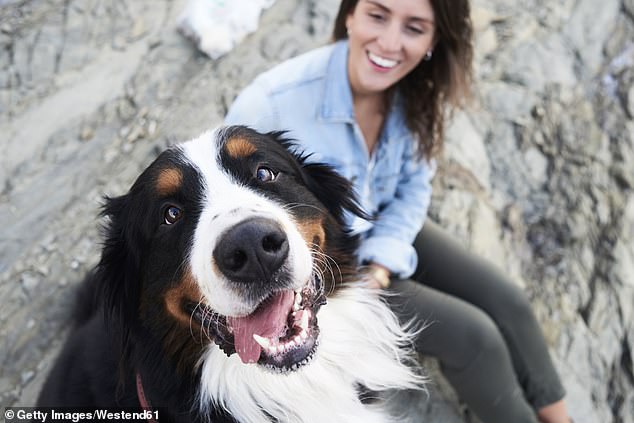 Graeme Hall, ‘The Dogfather’, admits in his new book that he never intended to become a dog trainer and didn’t even have a dog of his own until he was 40 years old (stock image)

More fun than a standard training manual, it’s a journey through Hall’s long dog training career, with his honesty about the mistakes he has made along the way making him instantly likeable.

Hall never intended to become a dog trainer. He was 40 before he even had a dog of his own. He was operations manager at a Weetabix factory in Northampton in the early 2000s when he bought a rottweiler puppy called Axel.

‘Not one to do things by half,’ he admits, he bought another one (Gordon) nine months later. Back then, rottweilers were getting a bad press as ‘devil dogs’ and, serving as a special constable, Hall was determined to train them responsibly.

He enjoyed it so much he quit Weetabix and put a notice in the local paper, advertising his services as ‘The Dogfather’.

Within a year he was running successful puppy and adult dog classes for 20 dogs a night.

Although Hall’s online critics note his lack of professional qualifications, he argues that the number of dogs a trainer has helped is more important than the number of letters they have after their name. 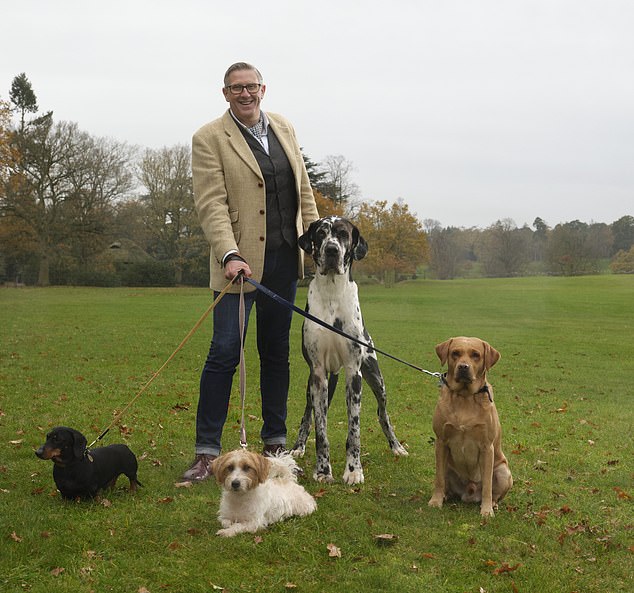 Much of dog training boils down to common sense and consistency: reward good behaviour and ignore the bad stuff until the dog learns it’s unproductive.

But as we have come to treat our pets more like family members, we’re often guilty of forgetting that they process the world very differently.

Hall uses affable anecdotes to show how dogs and their owners are often at cross purposes. There’s the man who doesn’t understand why his American bulldog-cross cowers even when he tries to praise him.

It turns out that the man’s tone of voice is too harsh. He expects the dog to know he is saying ‘good’ when in fact it sounds like a growl.

There’s the woman who doesn’t understand why her new rescue collie — selected because he walked so well on the lead — drags her along just like her old dog.

It was because she was so used to years of lead-straining, she had learned to pull back constantly and the new dog was, understandably, responding with an equal and opposite force. 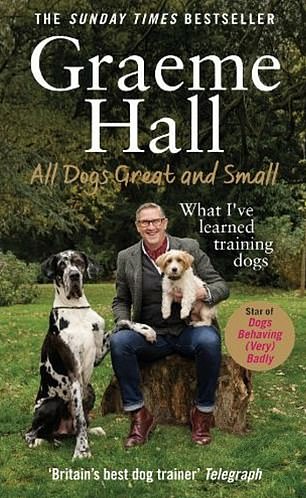 In his book, Graeme candidly reveals the mistakes he has made in his training career

Briskly debunking long-disproved ‘wisdom’ about the need for owners to dominate dogs, Hall calls for kindness. Most of us focus too much on shouting at bad behaviour instead of rewarding good behaviour.

Dogs want our attention — if they’re more likely to win that by barking or jumping than by trotting quietly at heel, then that’s what they will do.

Hall reproduces some interesting studies on the boosted levels of oxytocin (the ‘happy hormone’) produced in the brains of both dogs and humans when we gaze into each others’ eyes.

He learned some of his skills from an eight-year-old autistic girl who seemed to have a telepathic link to her labrador.

She told him she watched ‘the earsies and tailsies and pawsies’. This has become his mantra, and he offers a crisp guide to canine body language.

Although I knew that a wagging tail doesn’t (as many believe) always indicate happiness, I did not know that a tail wagging mostly to the dog’s left can often mean ‘back off’ and one wagging to the right is generally an invitation to approach. Hall’s mnemonic is: right is alright, left is best left.

I hope the owners of lockdown dogs hear Hall’s message, hang on in there and keep the treats and cuddles coming.

Unlike my walking friend, I don’t believe things have to end badly for the pandemic pet owners — even though a few of them do need to invest in some better footwear, take off the headphones and stop dropping their crisp packets.