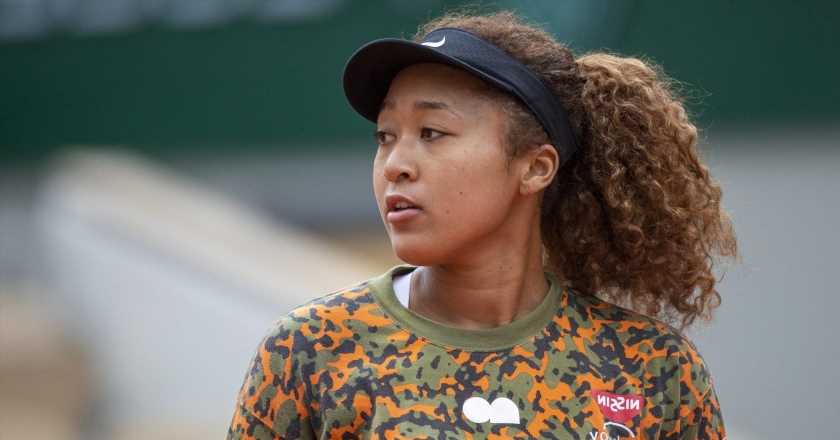 Serena Williams, Billie Jean King and Jameela Jamil are just some of the stars who have shown support for Naomi Osaka, following her decision to withdraw from the French Open for mental health reasons.

Tennis champion Naomi Osaka has withdrawn from the French Open, after sharing a post about the depression and social anxiety she has experienced. In a bid to protect her mental health, Osaka had previously said she won’t be doing press conferences, which led to the star being fined by the tournament and, ultimately, facing expulsion.

“I think now the best thing for the tournament, the other players and my wellbeing is that I withdraw so that everyone can get back to focusing on the tennis going on in Paris,” Osaka wrote in a social media post on Monday (31 May).

“I never wanted to be a distraction and I accept that my timing was not ideal and my message could have been clearer. More importantly I would never trivialise mental health or use the term lightly.”

The tennis player continued to detail how tournaments and press conferences have affected her mental health in recent years: “The truth is I have suffered long bouts of depression since the US Open in 2018 and I have had a really hard time coping with that.

“Anyone that knows me knows I am introverted and anyone that has seen me at tournaments will notice that I’m often wearing headphones as that helps dull my social anxiety. Though the tennis press has always been kind to me (and I want to apologise to all the cool journalists who I may have hurt), I am not a natural public speaker and get huge waves of anxiety before I speak to the world’s media.

“I get really nervous and find it stressful to always try to engage and give you the best answers I can.”

Osaka added that she has been feeling “vulnerable” and “anxious” in Paris and so decided it was best to “exercise self-care” by skipping the press conferences. She also said that she has written privately to the tournament and looks forward to discussing rules around having to do the press conferences, which she feels are “quite outdated in parts.”

Stars have responded to Osaka by sharing their support for her difficult but completely necessary decision.

“I feel for Naomi,” Serena Williams said in a press conference reported by Associated Press. “Not everyone is the same. I’m thick. Other people are thin. Everyone is different and everyone handles things differently.

“You just have to let her handle it the way she wants to and the best way she thinks she can. That’s the only thing I can say: I think she is doing the best she can.”

Fellow tennis legend Billie Jean King tweeted: “It’s incredibly brave that Naomi Osaka has revealed her truth about her struggle with depression. Right now, the important thing is that we give her the space and time she needs. We wish her well.”

And Martina Navratilova tweeted, “I am so sad about Naomi Osaka. I truly hope she will be ok. As athletes we are taught to take care of our body, and perhaps the mental and emotional aspect gets short shrift. This is about more than doing or not doing a press conference. Good luck Naomi – we are all pulling for you!”

Celebrities have also applauded Osaka for putting her mental health first, including Jameela Jamil, who wrote: “Let’s boycott the French Open. Naomi is the most exciting player anyway. Imagine punishing someone for having anxiety… in 2021.”

And activist Dr Shola Mos-Shogbamimu added: “Solidarity with Naomi – it’s clear you’ve been constructively hounded out if the #FrenchOpen with no regard for your mental health and others. Conduct of Grand Slam tournaments is utterly disgraceful. Why should athletes be forced to speak to the media! Ridiculous.”

While taking some time out is perhaps the best thing that Osaka can do, hopefully this triggers discussions on changes that can be made within the tournament to help protect players’ mental health.