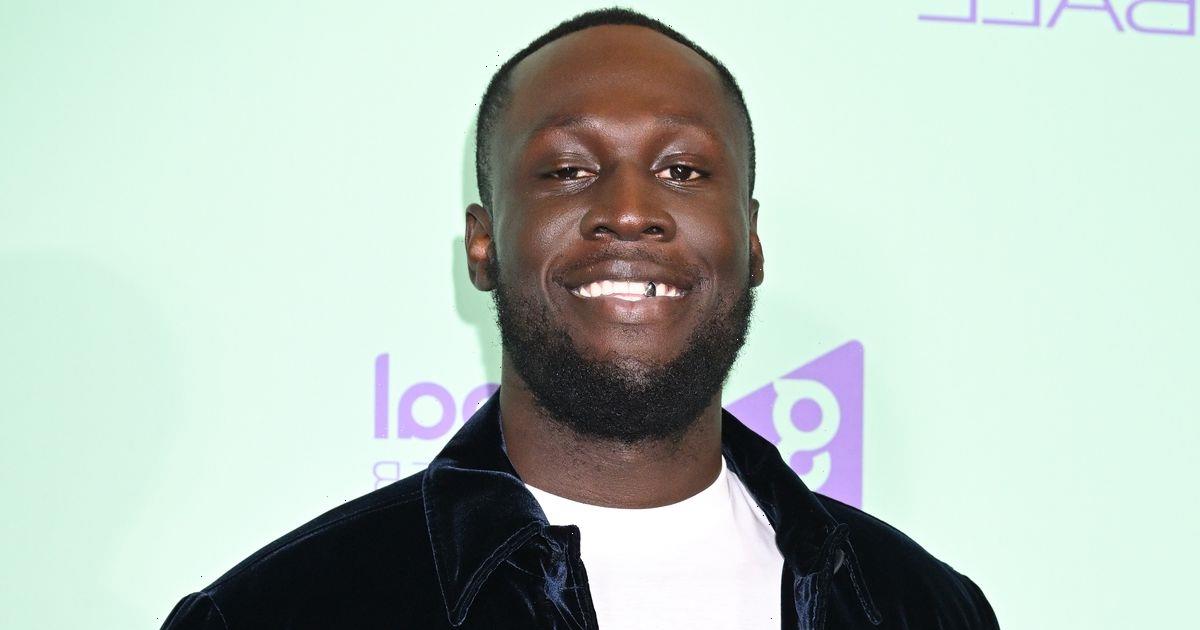 Stormzy, who was recently hit with rumours he had reunited with ex Maya Jama, was spotted getting a touch up on the red carpet ahead of the 2022 Jingle Bell Ball.

The 29 year old musician closed his eyes as one of the make-up artists rushed to apply powder, in the midst of paparazzi snapping his photo.

The star kept his look casual with a plain white t-shirt and a dark blue velvet jacket with matching trousers to boot.

Stormzy dropped his first album in three years, This Is What I Mean, in November 2022, with a surprise first single Mel Made Me Do It.

He was joined by fellow performers including Becky Hill, who smiled for cameras as she rocked a black mini dress adorned with red, gold and blue sequins which she paired with matching black over-the-knee boots.

The pop star posed for pics alongside renowned DJ and former Geordie Shore star Joel Corry, who rocked the carpet in a silver sequin jacket and a matching chain.

The duo have done a lot of work together, including their most recent hit HISTORY, which they released as a collaboration in August 2022.

The star studded red carpet also included rapper Aitch, who wore a blue fur trimmed white coat to keep him warm, and Sam Smith, who kept his look chic in all black with a pearl necklace.

Aitch dedicated his performance of his song My G to his little sister Gracie, who inspired the track, revealing to fans that she had come to support him from the crowd but that she was upset because she wasn’t able to join him on stage “this time.”

Sam Ryder rocked a chunky pearl necklace and was all smiles as he met the photographers.

Meanwhile Kim Petras, who performed her number one hit Unholy alongside Sam later in the night, looked glam in her usual pink outfit – this time paired with funky braids held up by two matching maroon scrunchies.

Youtuber and rapper KSI, 29, seemed in high spirits as he jokingly posed for the cameras, as he opened his mouth and clenched his fists.

It’s the second time the star has performed at the event, after making his Jingle Bell Ball debut in 2021.

He was wearing a tartan ensemble with white trainers, as well as a black and white bandana to complete the look.

All the stars were joined on the carpet by Capital Breakfast DJ Roman Kemp, the son of Spandau Ballet star Martin Kemp, who stood out from the crowd in a light blue pinstripe suit from Gucci's collaboration with Adidas.

His Capital Breakfast co-hosts also made an appearance, with Sian Welby rocking shorts and a matching blazer embellished with glittering jewels and paired with a bustier.