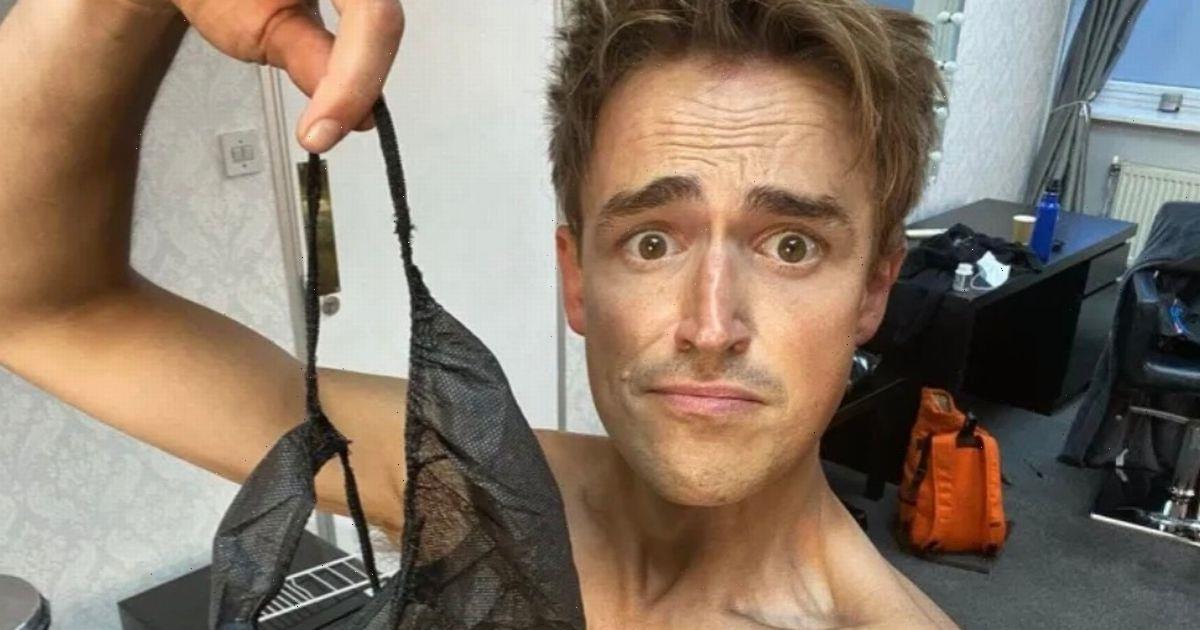 Strictly Come Dancing stars Adam Peaty and Tom Fletcher were hit with a photo 'ban' by Instagram after the pair stripped naked for a spray tan.

It comes just before the hit BBC One dancing show kicks off next week – on Saturday, September 18.

Olympic champion swimmer Adam and McFly pop star Tom decided to get a glow up before the show began filming, and the celebrity pair had decided to document the process of their beauty treatment.

However, when they tried to share a saucy snap, Instagram was forced to step in and remove the photo as it broke their guidelines, leaving Adam gutted.

In the steamy snap, gold-medal-winner Adam appeared to be stark naked as he grinned from the pop-up spray tan booth, although it's clear that he was actually wearing a thin thong.

McFly star Tom is taking the photo, and he was spotted covering up his private parts with a raised hand as he leant out of his own spray tan booth.

Both stars were also wearing hairnets on their heads during their tanning procedure.

Taking to Instagram to delight fans, Adam shared the snap to his page with a screenshot of the "violation" message he'd received by Instagram.

The official message read: "Your photo was removed. We removed your photo because it goes against our Community Guidelines on nudity or sexual activity"

Adam added a laughing emoji as he penned: "Great, removed for sexual activity!"

The swimmer added: "Mad how Instagram get to decide what I upload and what I don't. Community guidelines should be your community."

He went on to share the same photo on his Twitter page, commenting: "It’s @bbcstrictly time! Hope this doesn’t get removed this time."

Tom on the other hand, decided to opt for a safer option as he posted a topless photo of him holding up a used thong whilst he wore boxers – meaning he had more clothes on.

Alongside the snap, McFly singer wrote: "The Strictly spray tans have begun… and yes, I wore these."

It follows Adam's landmark win at the Tokyo Olympics, where he bagged a gold medal in the 100m breaststroke with a time of 57.39 seconds.

He became the first British swimmer to defend an Olympic title in July, winning Britain's first gold medal at the games.