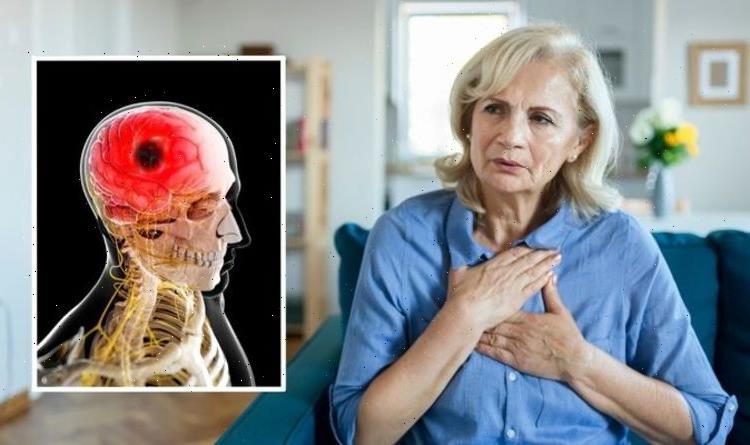 Statins: How the drug prevents heart attacks and strokes

Stroke occurs when the blood supply to your brain gets cut off, which can be life-threatening. New research has found that those who suffer from endometriosis are at a higher risk for stroke, even after accounting for known risk factors.

It’s estimated that endometriosis affects one in 10 women worldwide, according to Endometriosis UK.

Endometriosis is a health condition in which tissue similar to the lining of the uterus grows in other places, the NHS reports.

This can be anywhere but usually affects the pelvic cavity, including the ovaries or Fallopian tubes.

A new study has found that those who suffer from this condition are at a greater risk of stroke.

Leslie V. Farland, ScD, MSc, assistant professor in the department of epidemiology and biostatistics at the University of Arizona’s Mel and Enid Zuckerman College of Public Health, said: “Cardiovascular disease presents differently between women and men.

“We know that women have a higher incidence of first CVD (cardiovascular) events as stroke.

“Prior research has also suggested that certain reproduction conditions such as parity, irregular menstrual cycles, miscarriage and adverse pregnancy outcomes are associated with CVD risk.”

Previous research has established that people with endometriosis have a greater risk for cardiovascular disease later in life.

These new findings are building on that, suggesting that endometriosis and stroke may have similar underlying pathophysiologic mechanisms, according to the study.

They’ve been examining this data from 1989 until 2017 with a focus on stroke.

They also considered other factors linked to stroke, ranging from alcohol intake and diet to oral contraceptive use.

The sample they looked at included 893 cases of stroke.

The evidence suggests that women with endometriosis had a 36 percent greater risk for the medical emergency.

All of the endometriosis patients in the study had the condition confirmed by laparoscopy.

Laparoscopy is used for endometriosis diagnosis and involves a surgeon passing a thin tube through a small cut in your tummy, the NHS explains.

This is used for seeing whether there is tissue, similar to that in the womb, that is growing elsewhere in your body.

Some of the other risk factors contributing to the risk in some women were also hormone therapy and hysterectomy, a surgical procedure for removing the womb.

“Women and their healthcare providers should be aware of their gynaecologic history when counselling patients and discuss risk factors, signs and symptoms for cardiovascular disease.”