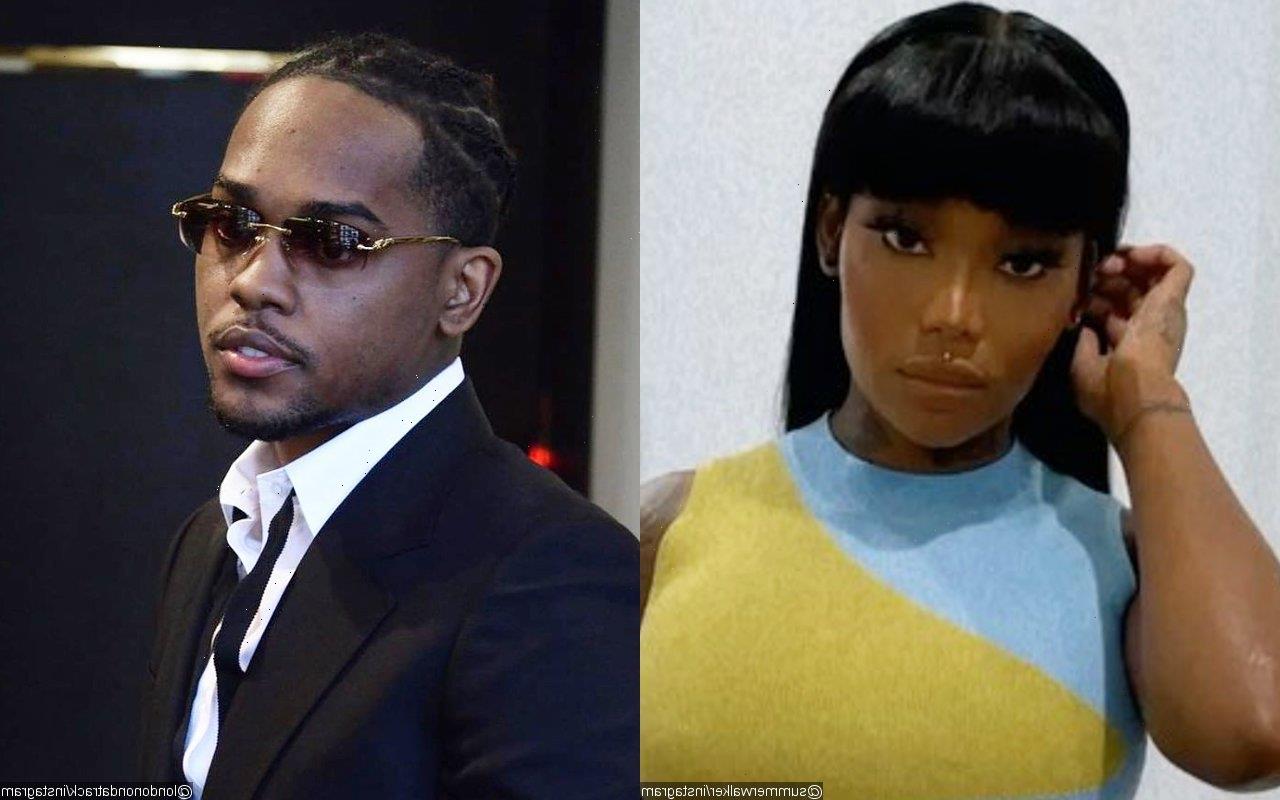 The ‘Girls Need Love’ songstress, who released her sophomore album on November 5, blasts her baby daddy for taking credit for the new record instead of ‘taking care of the kids [he has] made.’

AceShowbiz –Summer Walker won’t let London On Da Track take credit for “Still Over It”. After her baby daddy claimed that he contributed to her new album, the “Girls Need Love” singer was quick to put him on blast.

London is credited on nine tracks, including “Bitter”, “Ex for a Reason” as well as “Throw It Away”. The record producer also acknowledged his work as he reposted a fan’s tweet on his Instagram account.

“London on Da Track the first n***a in history to get paid off his own diss album,” so read the post. Alongside the note, the rapper/songwriter simply boasted, “Fair Exchange.”

His post was then reshared by The Shade Room, prompting Summer to call out her baby daddy in the comment section. “He didnt WRITE s**t & he didn’t PRODUCE s**t either,” she raged. “He just handpicked the n***as he wanted to do all the work and attached his name to it while he was out screwin h*es while I was PREGNANT.”

“The most he did was sprinkle a wind chime effect on a song that was already done then put his name on it, the last album he actually did the work, and it was great project,” Summer continued fuming. “He super talented, but for this album, lol no sir, but I guess guess the city boys is up, taking credit for ish you ain’t do and not actually having to take care of the kids you made.”

Summer herself seemingly dissed London on one of her new songs called “4th Baby Mama”. The lyrics read, “I wanna start with yo mama, she should’ve whooped yo a**/ Know you ain’t s**t, but she don’t care ’cause you lit/ Paying for trips cars, bags and bought the crib/ But she ain’t never call you out, ’cause she like the way that she live.”

Throwing shades aside, Summer managed to earn the biggest 24-hour debut by a female artist of all-time on Apple Music with “Still Over It”, which she released on November 5. Excited about her new accomplishment, she took to Instagram to thank her fans.