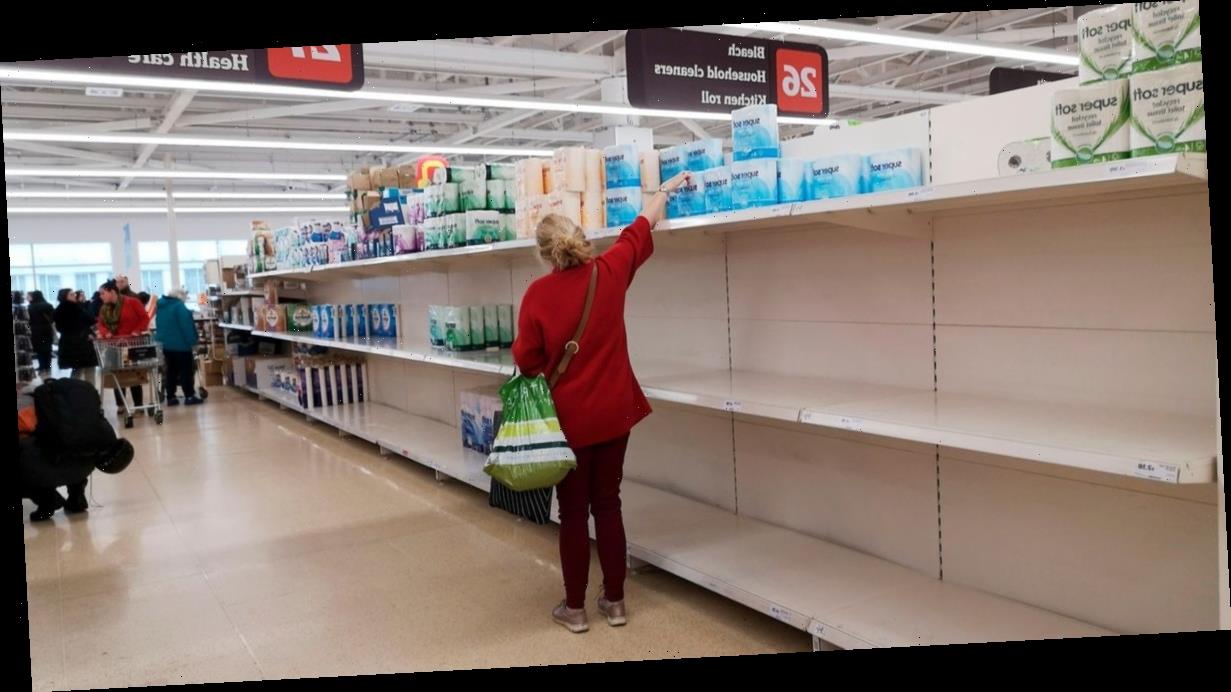 A coronavirus pandemic could see major food shortages due to panic buying, a former supermarket boss has warned – but Boris Johnson has promised he will keep Britain fed.

He said supermarkets would be forced to revert to 'feed the nation status' in a worst case scenario with COVID-19 having already claimed its first fatality in the country yesterday.

The Prime Minister has urged Brits to avoid stockpiling essentials after images emerged of empty shelves in major food outlets, but has reassured he will "keep the country fed".

High Streets and shopping centres, meanwhile, were largely deserted on Thursday as people stayed at home – in part due to fears of contracting the virus which has already killed more than 3,000 worldwide since December.

Mr Monteyne, now of investment firm Alliance Bernstein, said the deadly flu-like strain, which likely originated in Wuhan fish markets, could lead to drivers having to self-isolate meaning stores would struggle to re-stock.

With warehouses tending to holding up to a fortnight of stock – and even less for perishable goods as well as bulky items like toilet roll, panic buying would quickly see stocks decimated.

Crisis mode would then have to be implemented, with supermarkets joining forces to ensure people don't go hungry, while the Army would be called in to guard stores, ex-retail boss said in a report.

Only essential items would be stocked at this point, with depots, trucks and stores all heavily guarded by armed personnel to ensure an even distribution across the country.

"Yes, it will be chaotic (and expect pictures of empty shelves)," wrote Mr Monteyne, "but the industry will reduce complexity to keep the country fed."

He went on to say the UK's biggest grocer, Tesco, is thoroughly prepared for protocol during pandemics, and assured the industry on a whole is well-prepared.

Yesterday the amount of virus cases had doubled in two days in Britain to 116 while pictures show supermarkets looking more and more depleted.

As a result, shoppers have been warned by the likes of retail analyst Patrick O'Brien not make unnecessary panic buys to avoid putting strain on the supplies available.

Mr O'Brien, of Global Data PLC, said people need to be "thinking of the greater good" with panic buying only encouraging others to "jump on board".

He added: "We are seeing that online order slots at grocers are filling up are getting booked up for a couple of days ahead, which is highly unusual."

Kerry Owens, marketing director at Karium which manufactures Cuticura hand gel, meanwhile, said "immediate action" had been taken to increase production on the product to meet demand get them on the shelves.

With the number of UK coronavirus cases having jumped up to 116, Mr Johnson said he would guarantee Britons were getting enough food.

But Mr Johnson said his government wants to "overcommunicate with the public" about what the latest is and said further guidelines are being drawn up "as fast as we can".

England's chief medical officer Professor Chris Whitty has warned that the virus is now spreading amongst Brits within the country and not just being brought in from abroad.

Andrew Opie, director of food & sustainability at the British Retail Consortium, added that retailers are "well-versed in providing effective measures" despite the circumstances.