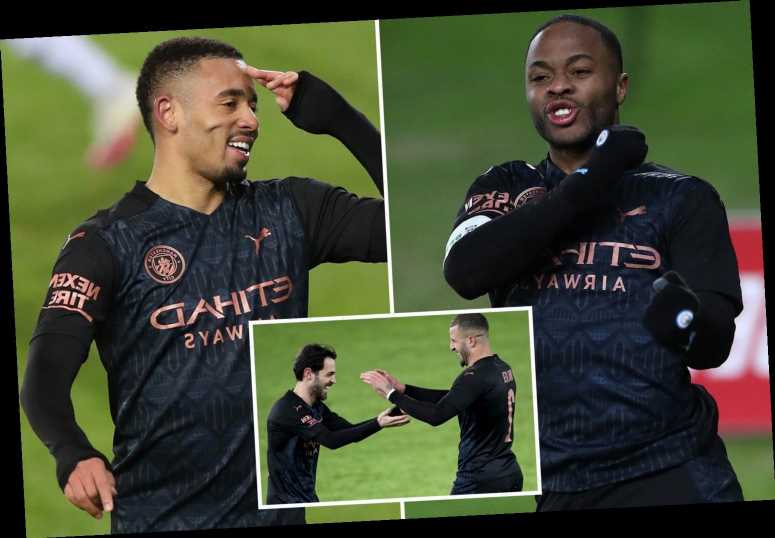 MANCHESTER CITY are reaching new levels of excellence after becoming the first English team in history to win 15 consecutive games in all competitions. 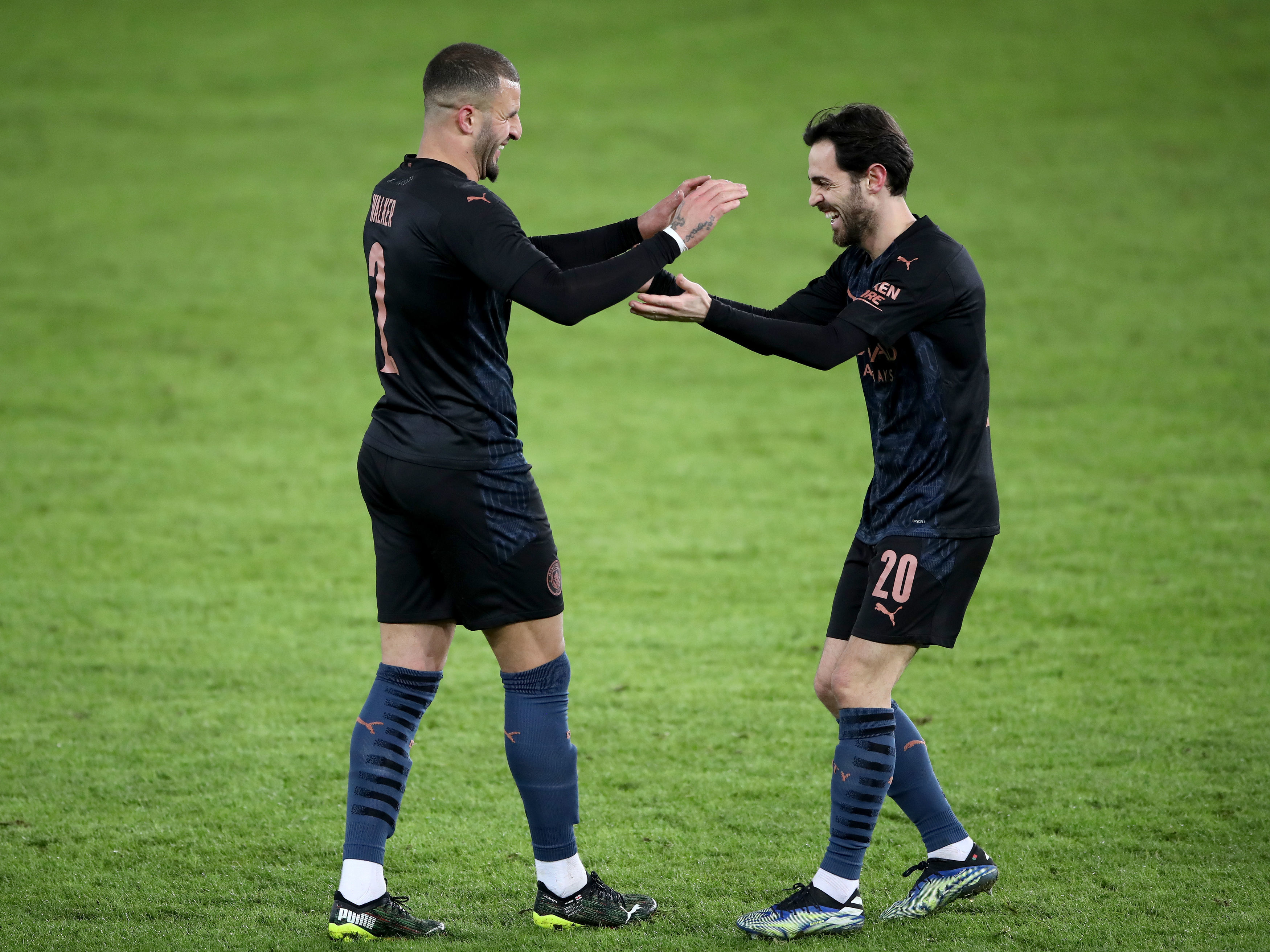 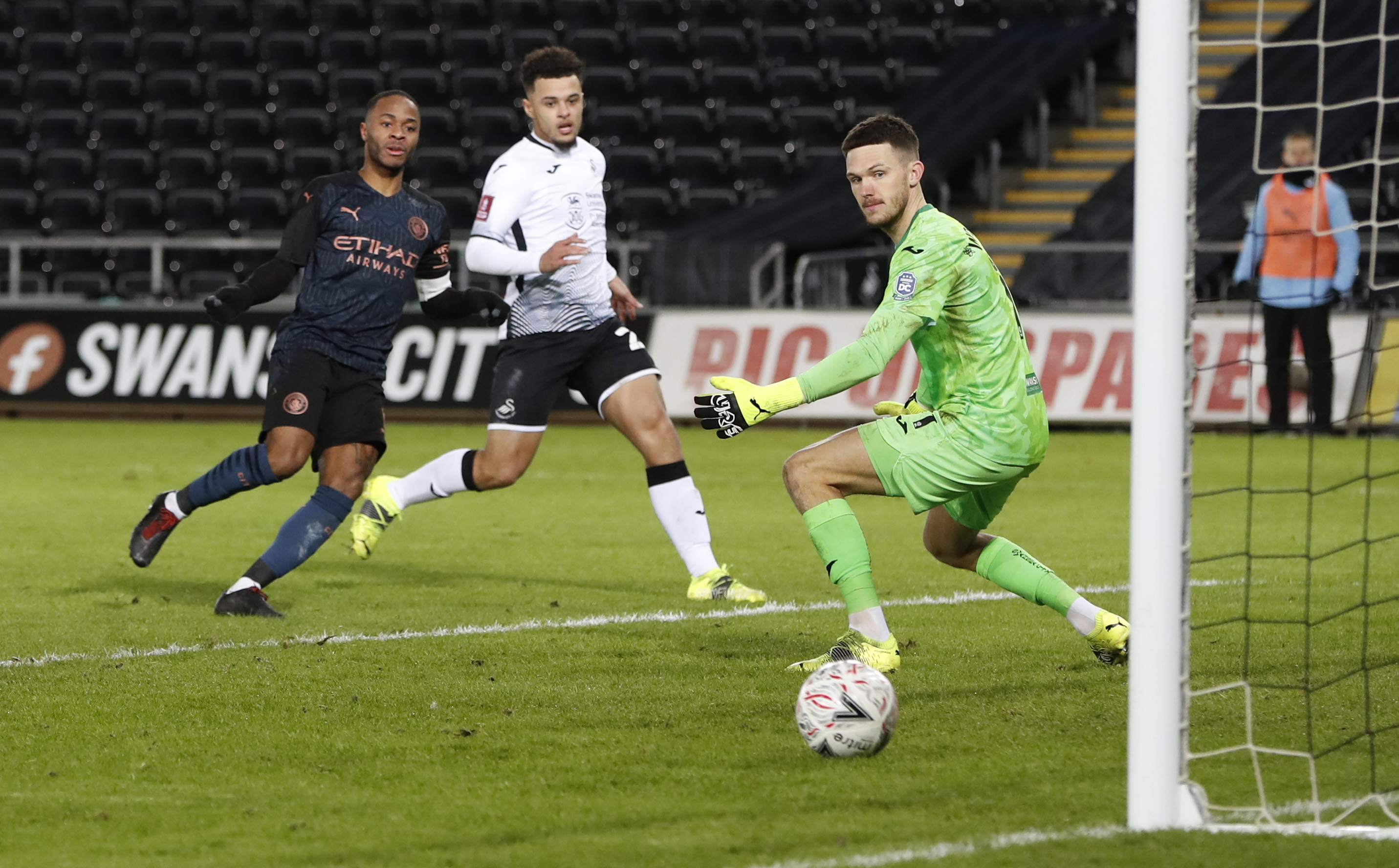 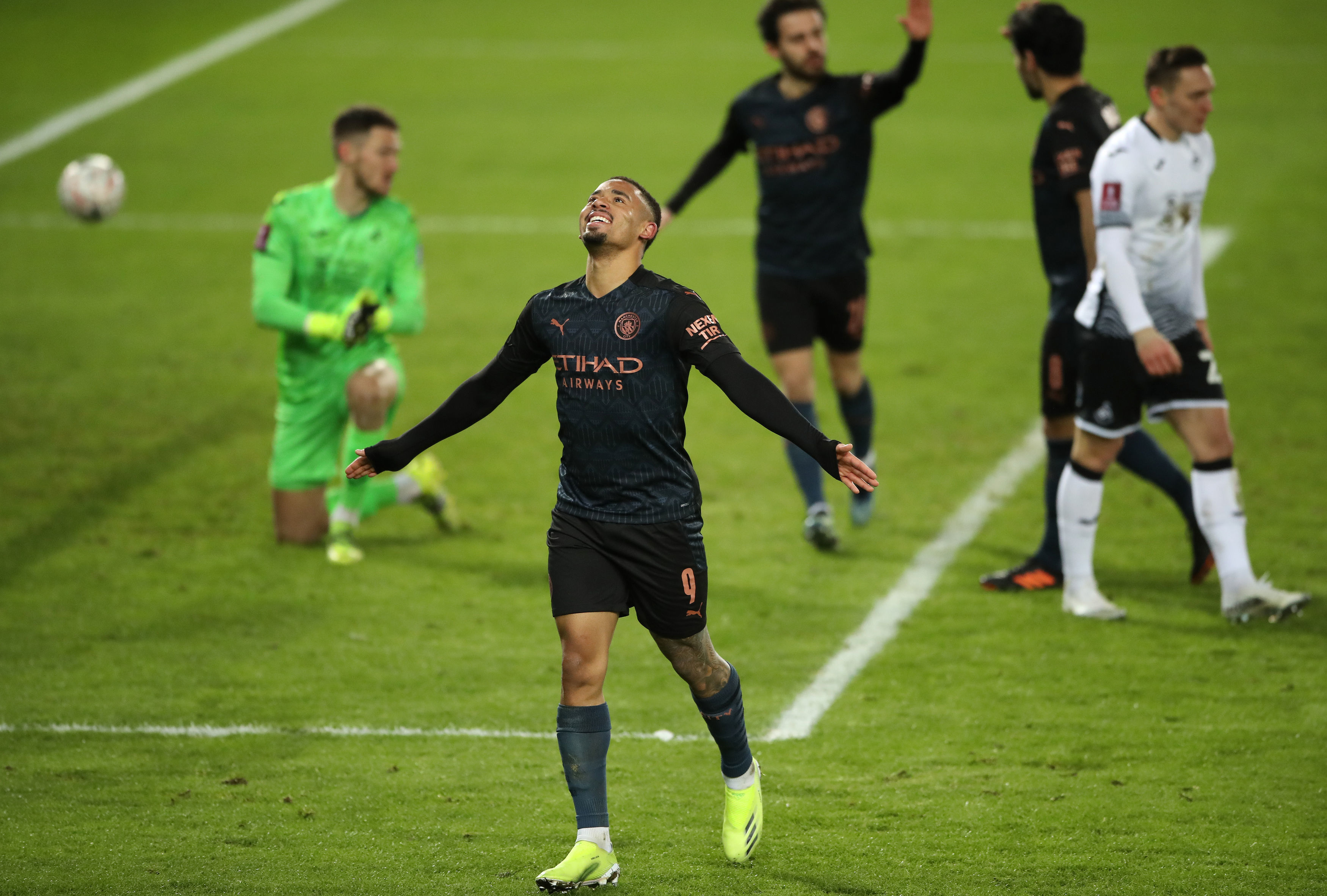 And you certainly wouldn’t bet against them achieving that fab four considering the irresistible form they are in right now.

They are already clear at the top of the table, through to the Carabao Cup final and now they have booked their place in tonight’s FA Cup quarter-final draw.

It was only two seasons ago that they secured the domestic treble but the European Cup eluded them that year when they lost to Spurs in the quarter-finals.

Now it is Borussia Monchengladbach who are standing in the way of City’s Champions League ambitions and the Germans certainly won’t be sleeping easy at the prospect of that one.

This was Guardiola’s 200th victory as City boss in only his fifth season in charge and there are plenty more to come.

Three seasons ago his team actually won 20 games on the trot but one of them was achieved in a penalty-shoot after a goalless FA Cup draw at Wolves so technically doesn’t count as a victory.

But there was never any danger of this one requiring spot-kicks, which was probably a good job considering City’s poor record from 12 yards this season.

That was probably Swansea’s only hope of causing an upset in spite of Guardiola making seven changes to the team which won 4-1 at Anfield on Sunday.

BET OF THE DAY: GET THE BEST FOOTBALL PRICES ON THE MARKET WITH OUR EXPERT ADVICE 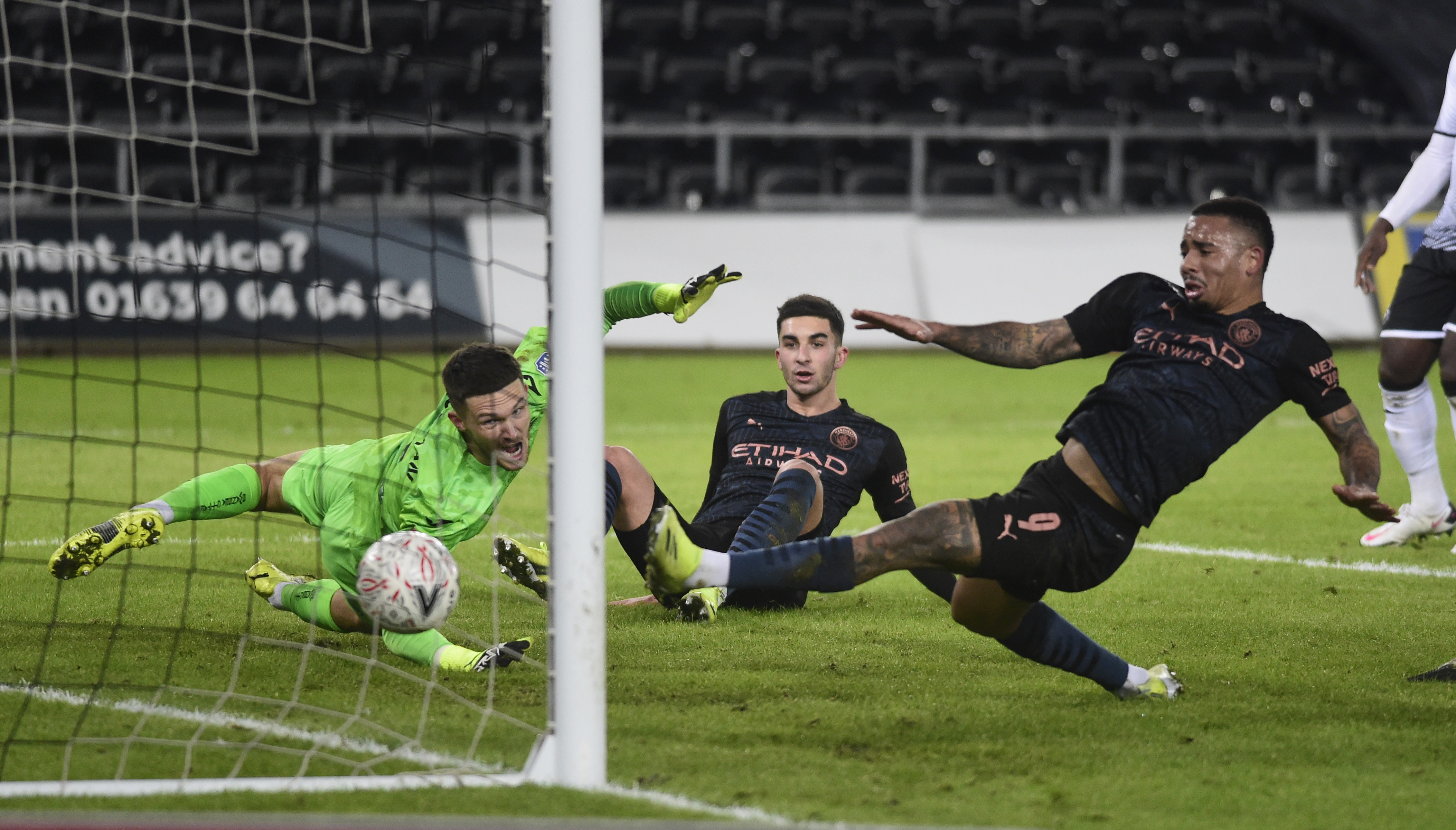 The City boss clearly remembered the major scare he had suffered at the Liberty two years ago, when his team were 2-0 down in the FA Cup quarter-finals before snatching victory with an 88th minute winner from Sergio Aguero.

There was no Aguero this time as he is still recovering from the knee injury and coronavirus which have restricted him to just 141 minutes of Premier League action all season.

But the visitors still had more than enough attacking quality to cause promotion-challenging Swansea all sorts of problems.

There were less than two minutes on the clock when Gabriel Jesus was able to cut inside to sting the palms of keeper Freddie Woodman with a fierce strike from the edge of the area.

And they should have been ahead after quarter of an hour when Benjamin Mendy’s low pull-back picked out Rodri right in front of goal.

But the Spanish midfielder sent his first-time shot wide when he really should have hit the target.

There was another let-off for the Swans midway through the first-half when Woodman got just enough of a hand to the ball to divert Ferran Torres’ goal-bound effort past the far post. 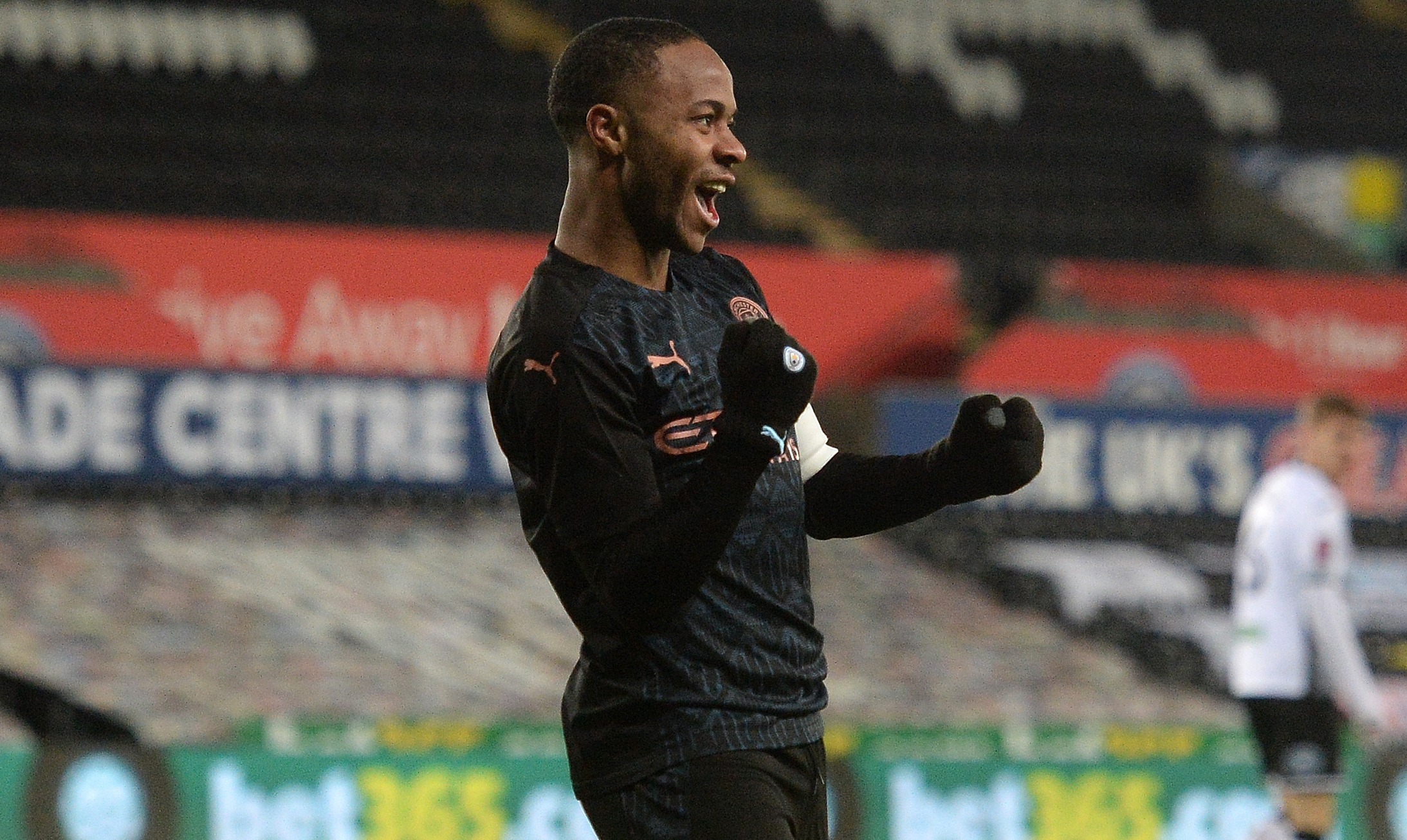 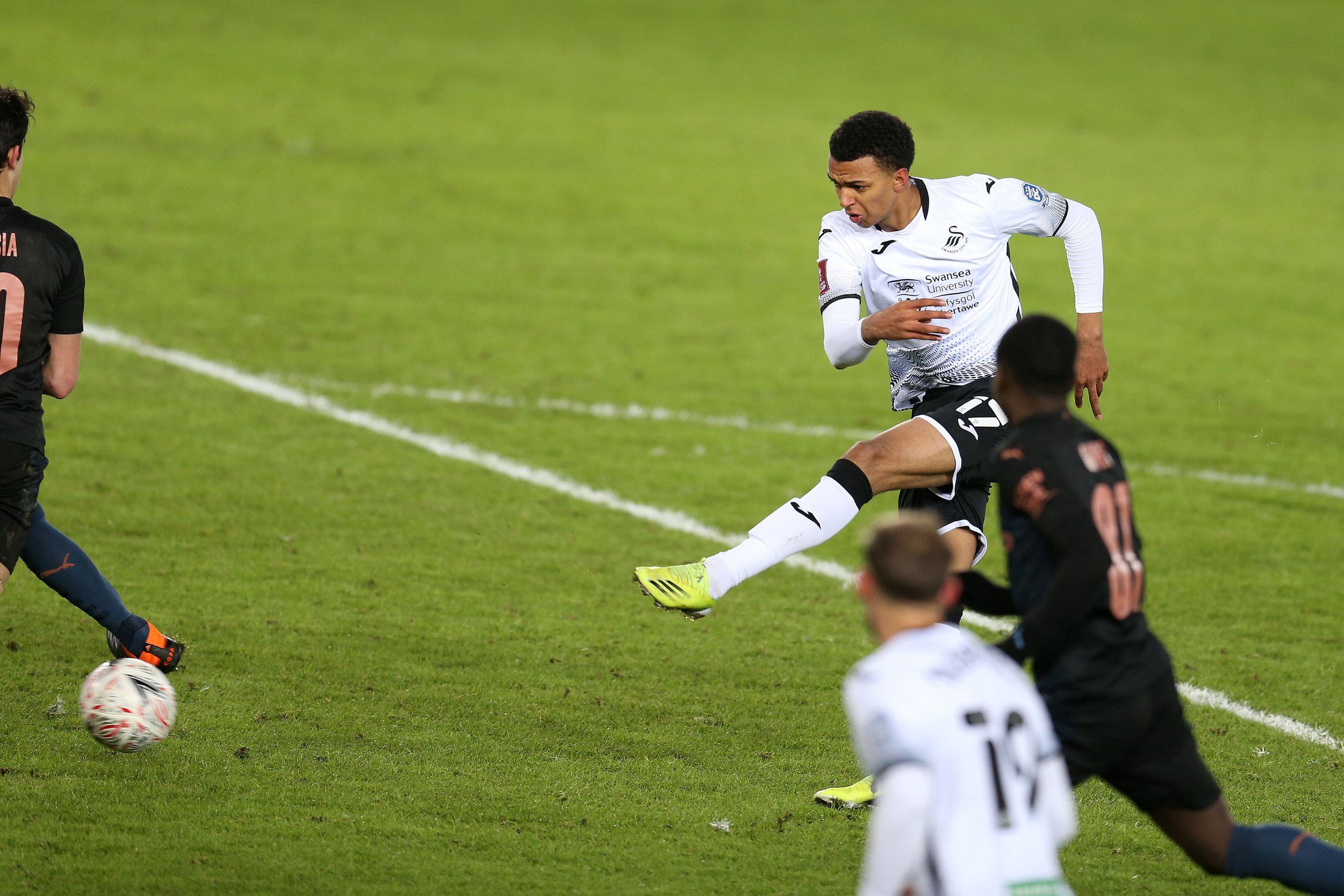 Swansea are widely acknowledged as playing the best football outside of the Premier League but they were finding it hard going to keep up with City’s intricate passing game.

They kicked-off on the back of a ten-game unbeaten run and seriously fancying their chances of automatic promotion after missing out in the Championship play-offs last season.

Yet this was a struggle for them to even get across the halfway line as they were penned back by their opponents’ overwhelming possession.

It was only a matter of time before their resolve was broken but when the breakthrough finally arrived in the 30th minute it was anything but a classic.

Kyle Walker’s low cross into the penalty area was supposed to be aimed at Torres, but the winger’s air shot was enough to deceive Woodman, whose belated dive wasn’t enough to prevent the ball from rolling inside his far post.

That was Walker’s second goal of the season but his first in the FA Cup since January 2011.

And it finally provoked a response from Steve Cooper’s team as Jay Fulton headed an instant equalising chance wide. 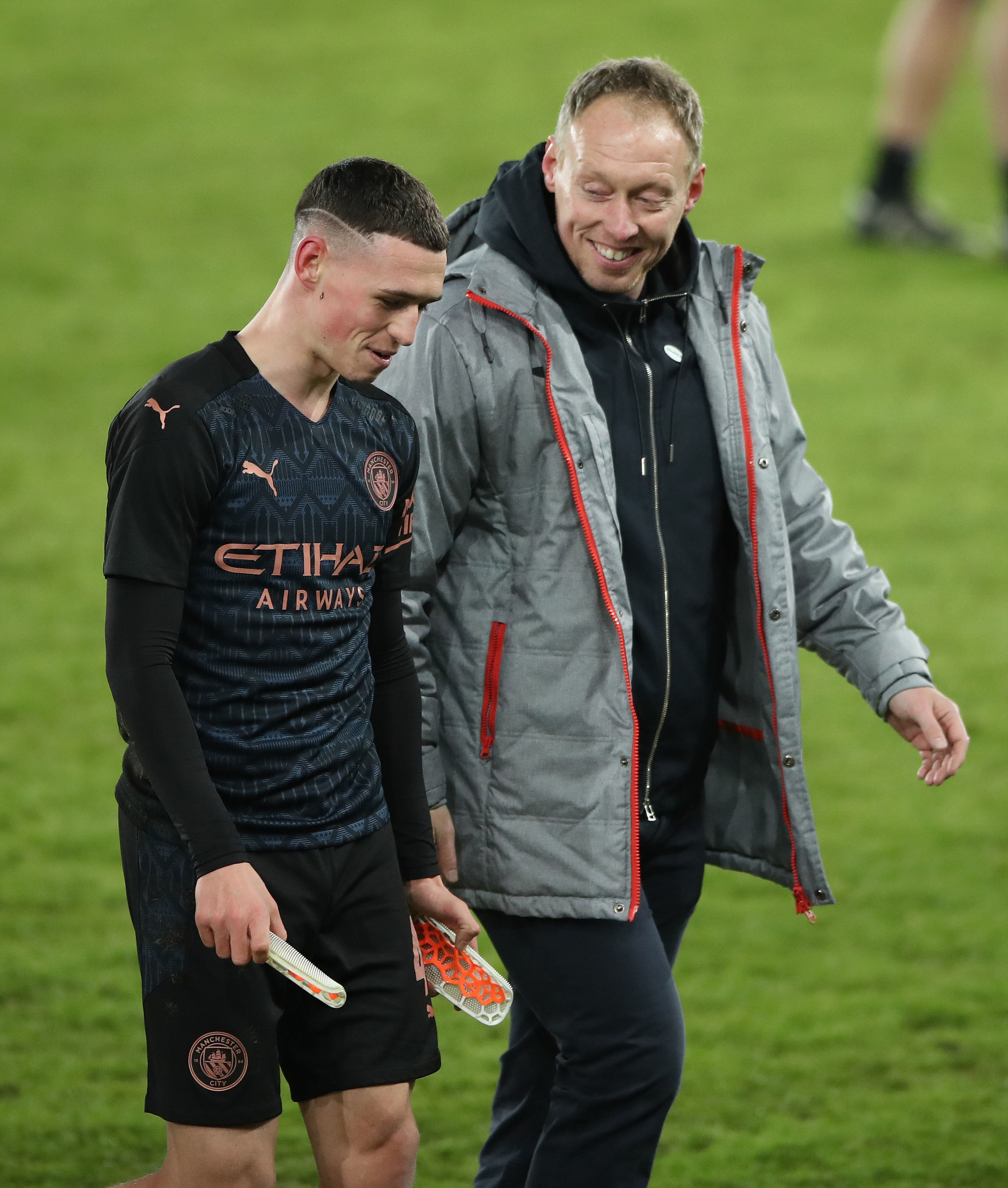 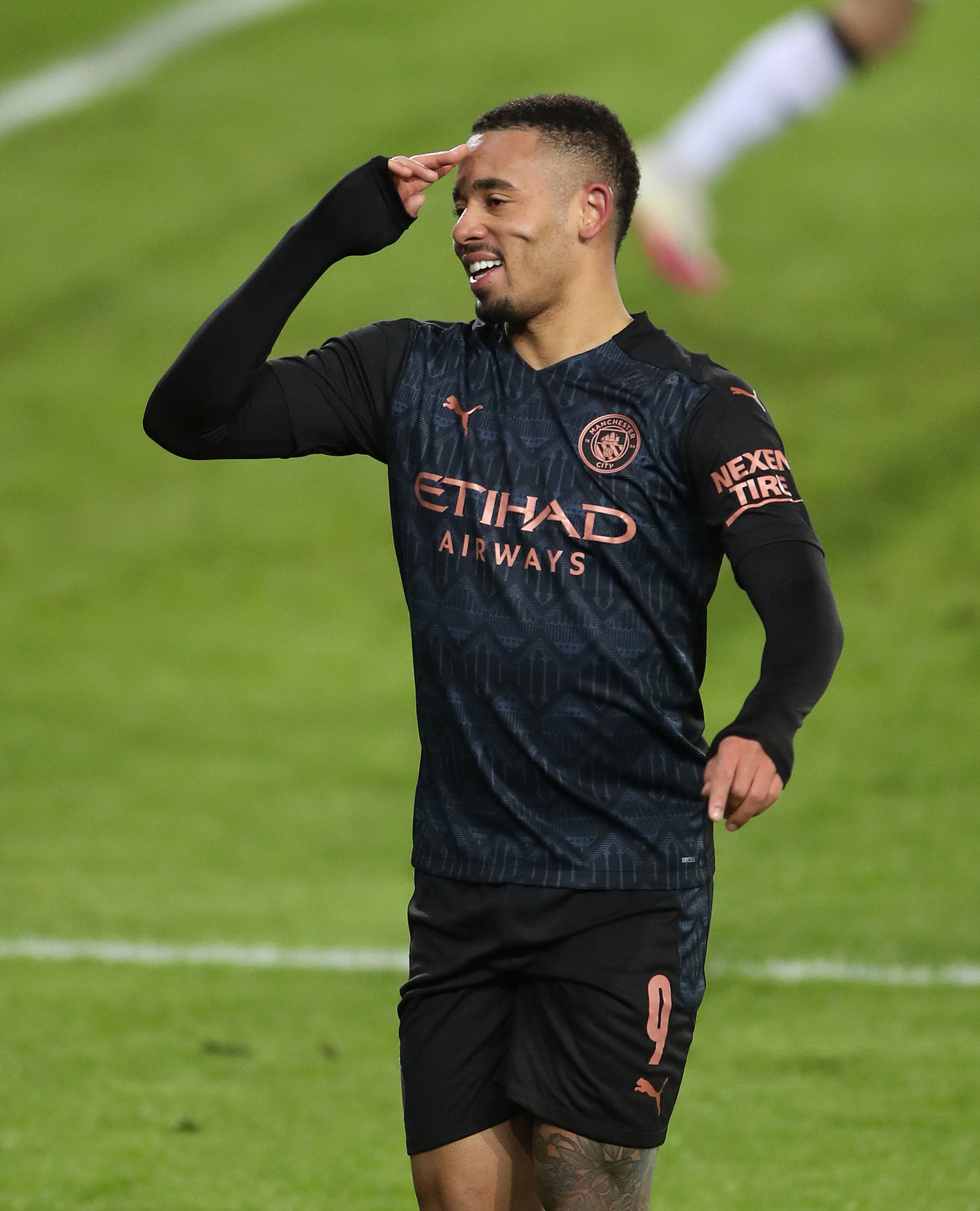 Ben Cabango was also unable to get a close-range header on target from a 41st minute corner.

But it was City who inevitably ended the first-half the stronger when Raheem Sterling was just unable to slide in from Jesus’ low cross to the back post.

And if Swansea thought they were still in it at the interval, those illusions were well and truly shattered when City scored twice more within five minutes of the restart.

First Sterling was left in far too much space to sidefoot in at the back post from Rodri’s peach of a pass.

Then Jesus was allowed to swivel onto Bernardo Silva’s delicate header to put the tie well and truly beyond Swansea’s reach.

The hosts were finally thrown a crumb of comfort when substitute Morgan Whittaker netted with their first shot on target in the 77th minute.

But City already had their feet up by then as they contemplated Tottenham’s visit to the Etihad on Saturday and the chance to stretch their winning run even further.