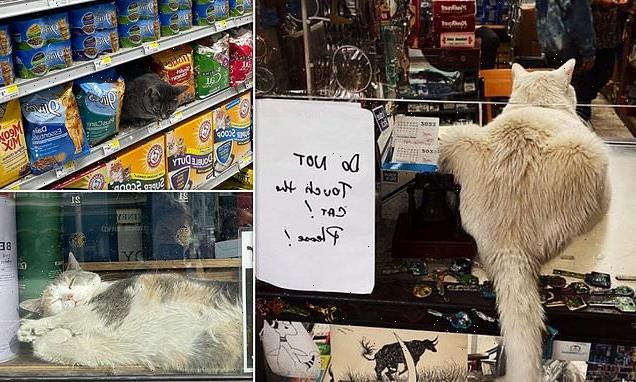 How much is that kitty in the window? Pet owners share hilarious snaps of cats taking over supermarkets

While many shop owners ban pets from coming into their stores, plenty around the world have little choice but to let cats – domestic and stray – takeover completely.

Shop cats have become an internet sensation in recent years, with photographers documenting their lives in cities like Hong Kong and delighting cat lovers with their sweet snaps.

Hundreds of adorable images, collated by Bored Panda from the Twitter account Bodegacats, show a day-in-the-life of kitties who have made shops their homes.

Here, FEMAIL shares some of the hilarious things that cats get up to in supermarkets and corner shops. 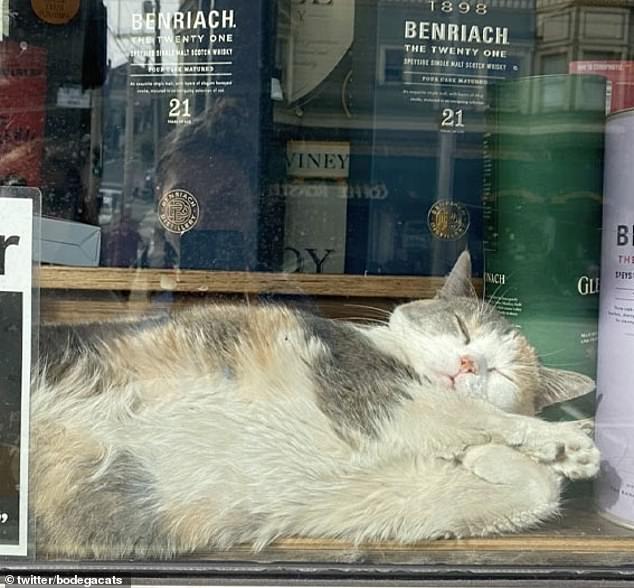 How much is that kitty in the window? BoredPanda has collated a viral gallery of hilarious snaps showing cats snuggled up in stores 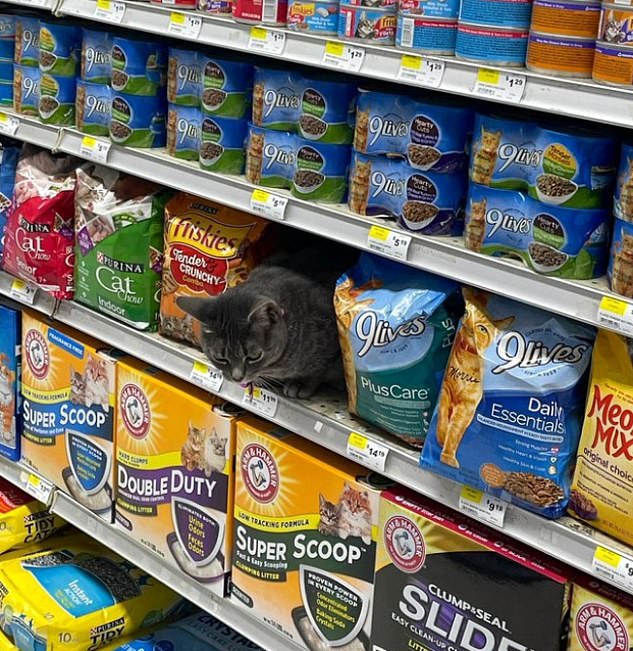 Searching for a meal! One hungry kitty in the US found the perfect spot amongst the bags of cat food in the pet aisle of a supermarket 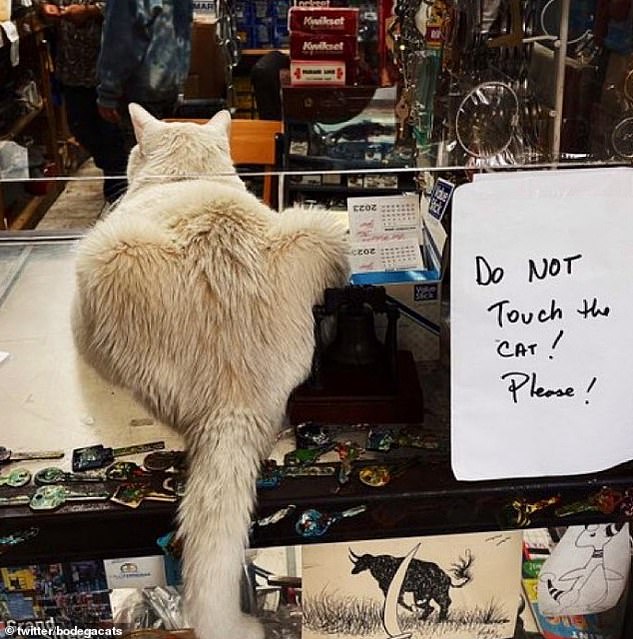 Customers possibly felt threatened by some of the grumpier felines… a sign tells them not to touch this one, who is sat on a shop counter 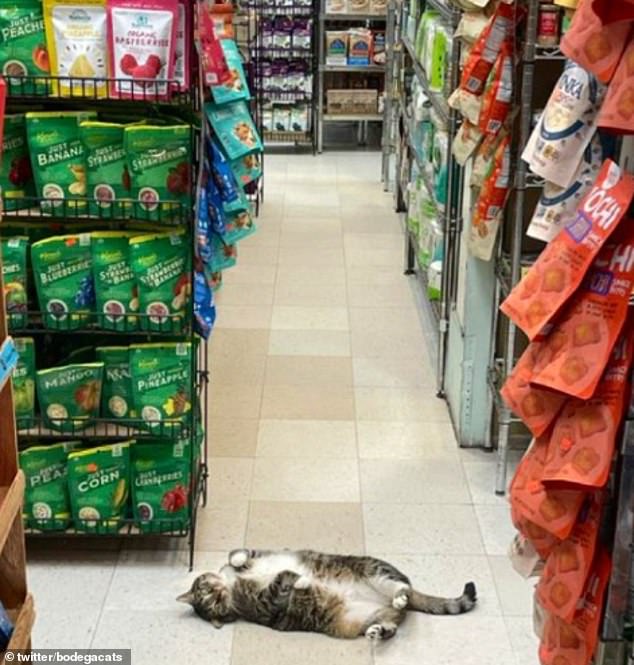 Relaxing all day! One rather large feline was spotted by a customer chilling out in the supermarket snack aisle 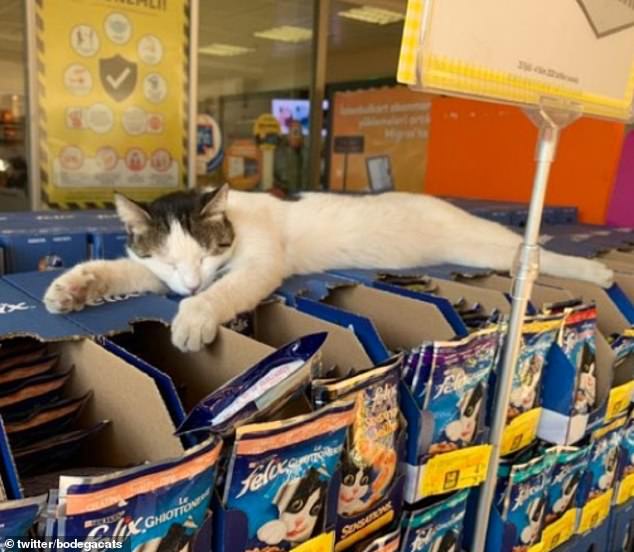 Snoozing! Another kitten stretched out over a collection of cat food pouches in one supermarket 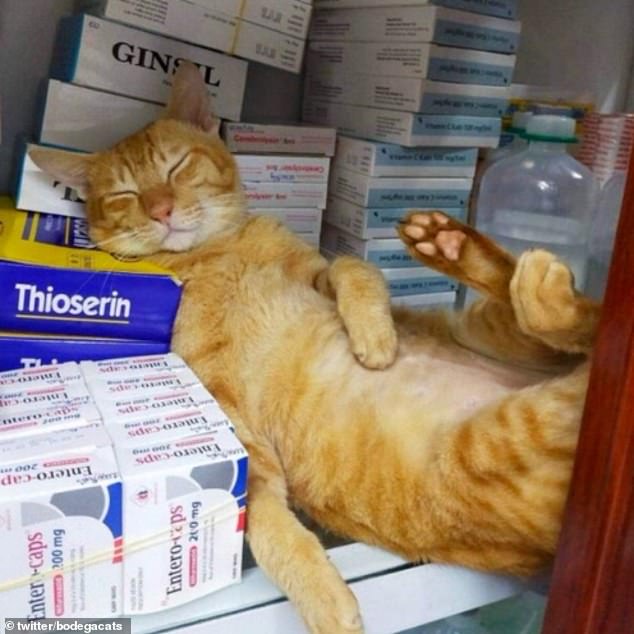 Time for 40 winks! Another feline, believed to be in Asia, got himself into the perfect position as he snuggled down for a sleep 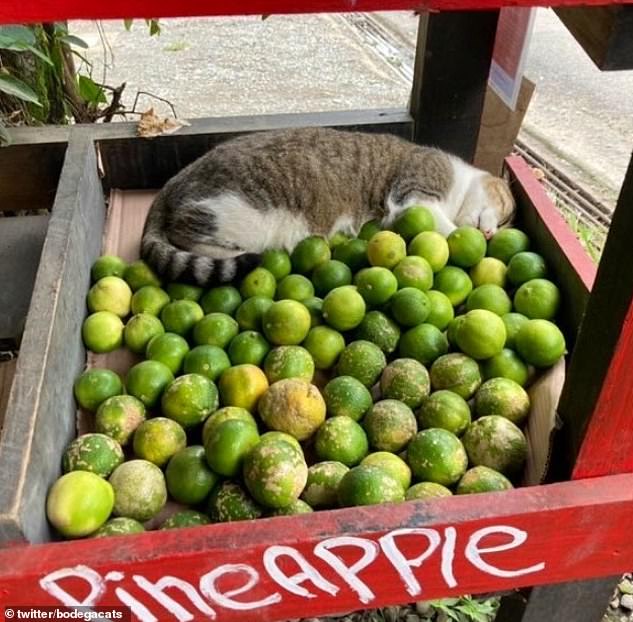 It’s not easy being green! One cat, in an unknown location, curled up for a snooze on a stand full of limes 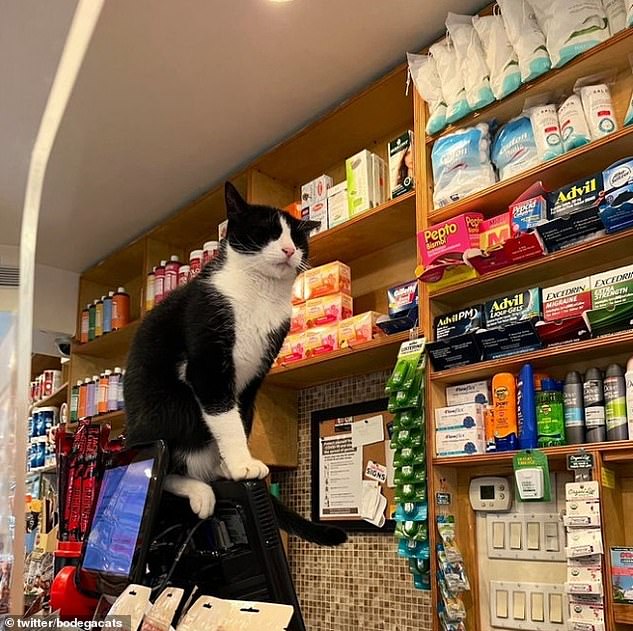 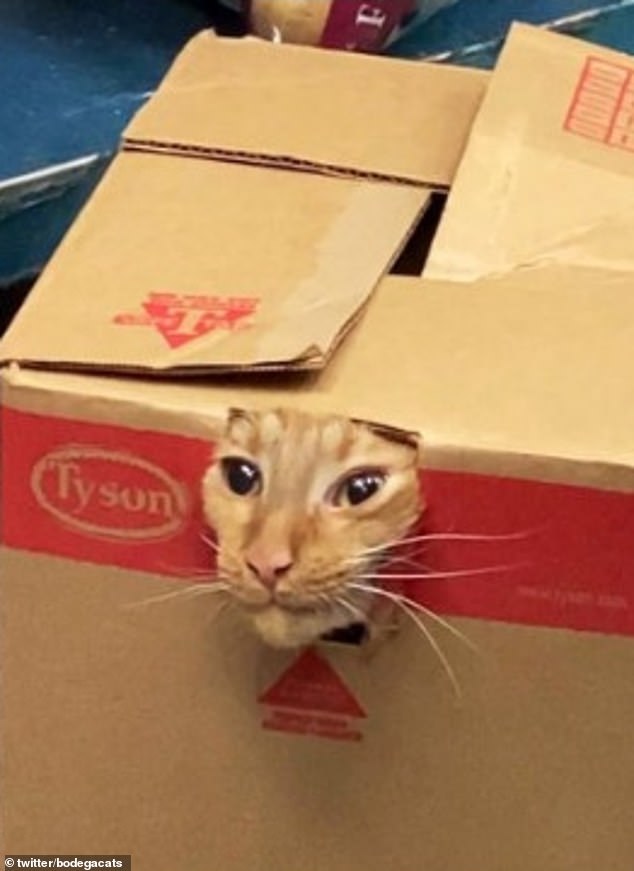 Delivery! This confused ginger tomcat looked a bit alarmed as he poked his whiskers out of a cardboard box, before clambering out 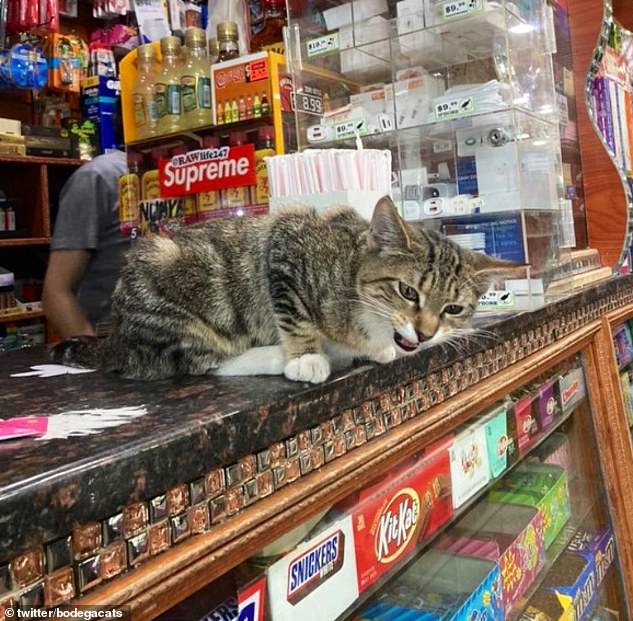 Guarding the KitKats: This fierce looking cat beared his teeth as he sat atop a counter filled with chocolate 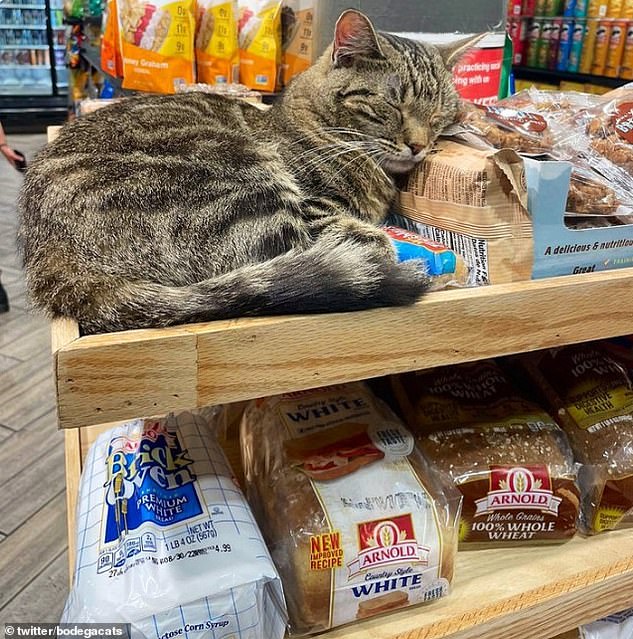 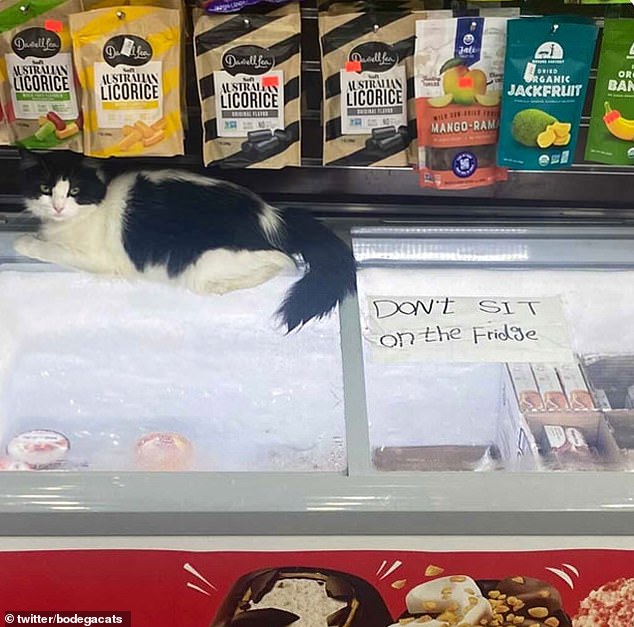 Ignoring the sign! One cat, in Australia, appeared to disregard the note left by his owner to take a seat on the top of the freezer 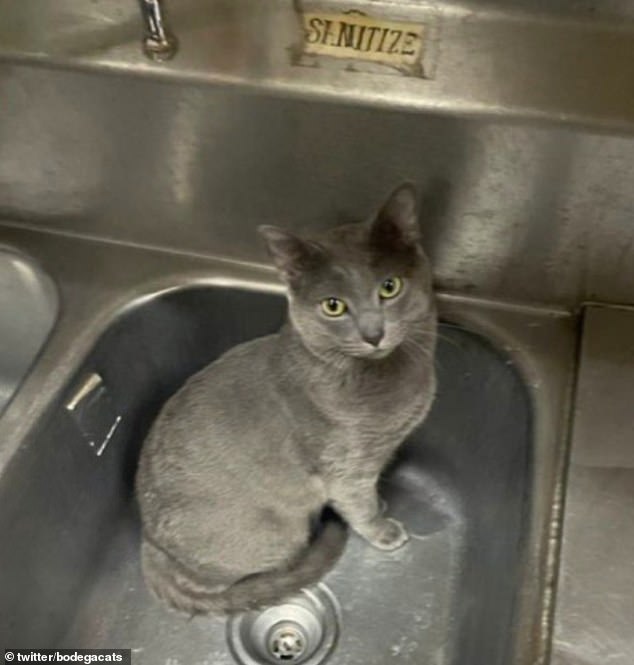 Invisible kitty! This gorgeous grey cat was snapped taking a break in a staff sign in a store in an unknown location 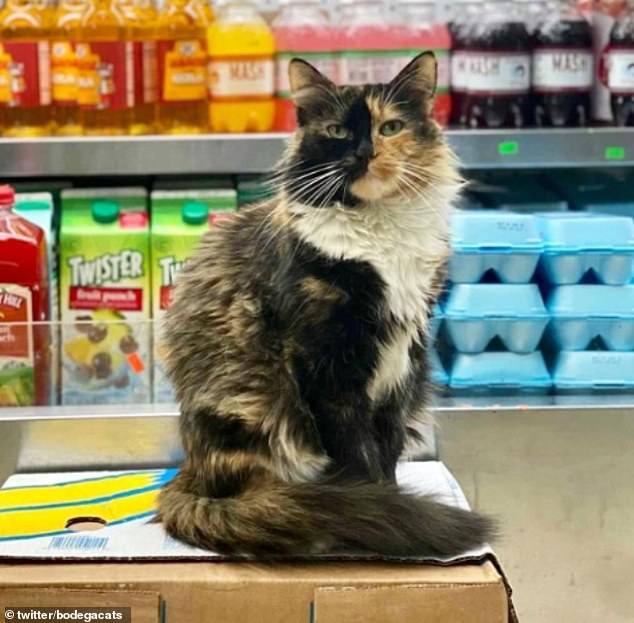 Standing guard! One handsome cat, in the US, had particularly bold facial markings as he took in the customers in the store 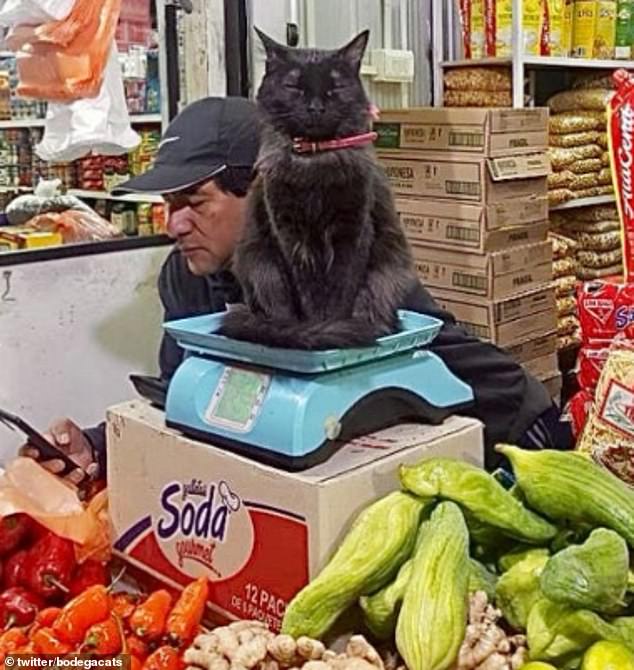 He’ll weigh in! One cat in a supermarket in Tulum took a break from strolling around the store by resting on a set of scales 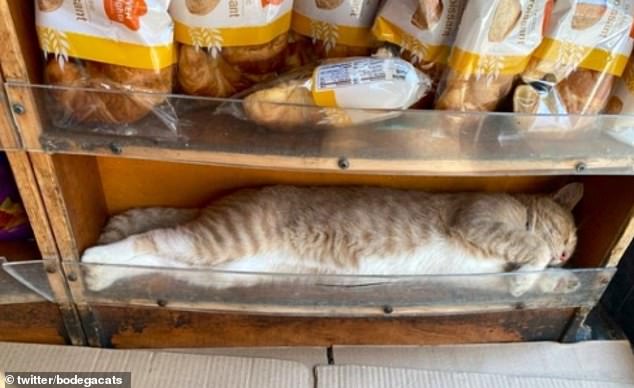 Now that’s what I call relaxing! Another cat stretched out across the bottom shelf of a store in France 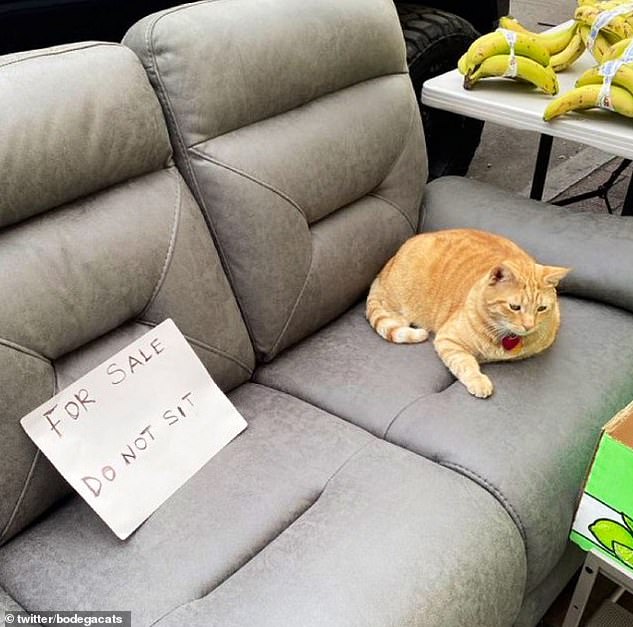