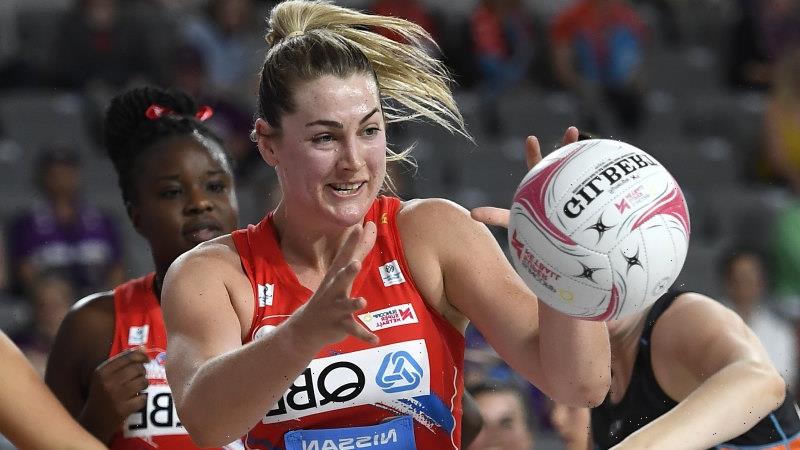 NSW’s top netball coaches have called for Super Netball to consider a move back to a 12-player match-day squad, with young players once again forced to rely on injuries to get an opportunity in the league.

Super Netball squads were increased from 10 to 12 players for the 2020 condensed COVID-19 season, allowing two more players to be brought onto the bench. The rule was brought in to protect players from possible injuries suffered due to the condensed nature of the season. 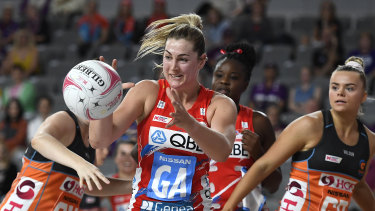 Twelve-player squads were also utilised for the second half of the 2019 season after breaking for the Netball World Cup.

But with this year’s season going back to its regular format, Giants coach Julie Fitzgerald and Swifts coach Briony Akle have thrown their support behind keeping the number at 12 to allow more young players to get court time.

The change back to 10 could see players forced out of the league or to rely on injuries to get a spot on the bench.

“I think it’s a shame,” Fitzgerald said. “Twelve players is what we should have. It gives more players more opportunities.”

Akle said the Swifts suffered a huge number of injuries in 2019 season, a toll they overcame by young players having constant exposure to the senior squad.

“At the end of that year, we had players like Tayla Fraser and Sophie Halpin become premiership champions,” Akle said. “I think the ideal number would be 12 players per squad as it allows for more pathway opportunities but at the moment we also have the Swifts Academy, which we set up in late 2019, to ensure we were underpinned with depth.”

The ANZ Championship, the precursor competition to Super Netball, had 12-player squads but when Australia and New Zealand went their separate ways in 2016, that number was reduced to 10. Twelve-player squads are also used at an international level.

This year’s Super Netball season will see the return of the super shot and rolling substitutions.

In the same statement that confirmed the two-point shot would remain for the 2021 season, the league said they were undecided about whether the extended squad list should remain.

“The introduction of rolling substitutions, along with extended squad lists, this year allowed some of Australia’s most promising athletes the opportunity to show what they were made of within the world’s best netball league,” the statement read.

Extra-time will also be introduced this season after it was deferred for the COVID-19 affected season.

Fitzgerald said that while her Giants shooters were able to quickly adapt to the introduction to the super shot, the new rule had an unexpected impact on defenders.

“I always feel with the super shot, everyone focuses on the shooters but the defenders have to work terribly hard to change their tactics and have a plan as to what they’re going to do,” she said. “Towards the end of last year, we started to get that right, so we are looking to build on that.”

The Super Netball season starts on May 1.