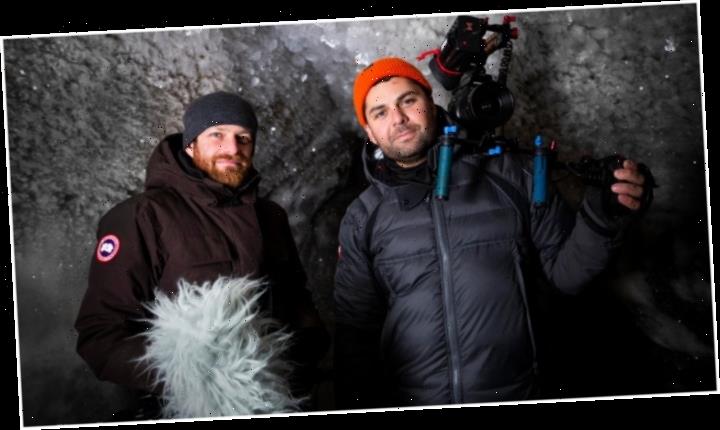 Friday, March 6, was a surreal day. We were putting the finishing touches on the sound mix for our film “We Are As Gods,” a feature documentary about counterculture icon and environmentalist Stewart Brand that was set to premiere at SXSW.

It was the last day of our sound mix at Skywalker Ranch, which marked the end of a three-year journey making this film. We broke for lunch with only hours remaining, but by the time we left the cafe, SXSW had been spiked by the City of Austin over the very real and horrifying concerns over COVID-19, throwing our film and our whole world into a tailspin.

While the cancellation started to feel imminent early in the week when big tech and film studios began pulling out of the festival, it was a gut punch to receive the official news: our film premiere was cancelled.

Being sceptics and filmmakers who cover science, we know the seriousness of coronavirus. The thought of people dying or getting very ill because of a film festival is haunting. Although Stewart is healthy and in great shape (he does crossfit twice a week), he’s over 80 and could be at higher risk of serious effects from COVID-19. The City of Austin and SXSW did the right thing, but it does highlight the crude reality of opportunities and resources when you are an independent filmmaker.

It’s easy for big streamers such as Apple, Netflix and Amazon Studios to pull out — those titles will be landing on a platform regardless of SXSW. It’s entirely different for indies whose film’s success is based on its reception at the festival. A good festival launch can dictate whether or not independent films, many of which are from first-time directors, are seen at all.

We know this from experience. This would have been our third world premiere at SXSW — we previously screened “The Immortalists” (2014) and “Bill Nye: Science Guy” (2017). Both of these films found distribution because of the festival.

One of the traits that truly distinguishes SXSW is that the programming staff takes risks on new filmmakers. We started our filmmaking careers because Janet Pierson, director of film at SXSW, took a chance on “The Immortalists.” We had a small team, no grants from the known film world or organizational imprimaturs, yet Janet and her team believed in us as artists and took a flyer on this weird documentary about scientists trying to live forever.

Fresh out of film school, an invitation to screen at SXSW booted up our careers. We feel for the other independent filmmakers who won’t be given their chance — especially the first-time and emerging filmmakers who just spent years trying to realize their dream, only to have a viral force majeure set them back to zero. It’s like winning the lottery, then being told that the U.S. dollar has no value.

Heartbreakingly, our own partners have feature films at the festival as well — “Red Heaven” and “Freeland.” Both are labor-of-love films from first-time directors who have spent five and eight years, respectively, trying to make their movies against all the odds. “What now?” has been a constant refrain muttered to no one in particular throughout the weekend.

As we sat in the mixing room trying to finish the film, seasoned sound designer and re-recording mixer Pete Horner felt terrible for us. We tried to keep it light and professional, but there was an unexpected, unwelcome feeling of futility — why race to finish the film? We had merely hours to finish the movie, but spent the entire time distractedly communicating with our team and fielding condolence texts.

We had to notify our executive producers who invested in us, our young staff who skipped weekends and worked long into the night, and the subject himself, Stewart Brand. He gave three years of his life to this production and it’s his legacy story that’s now in limbo.

It’s strange finishing a film the same day its premiere is cancelled. The mood should have been celebratory and triumphant, but doubt filled the room. Will the film be reviewed by critics? Will the film find a distributor? Will our investors feel burned? Some uncertainty is downright philosophical: are we still a SXSW film if we never screened the film? It’s not clear how any of this will shake out.

Regardless, we’re going to proudly put the SXSW 2020 laurels on our film, and we will march on to whatever happens next in the spring lineup of festivals. We are screening at CPH:Dox, SFFILM and Hot Docs, and for all we know, “We Are As Gods” will face a similar problem in every city we are invited to attend.

All we can do is hope that our dreams for this film are delayed, not dashed.