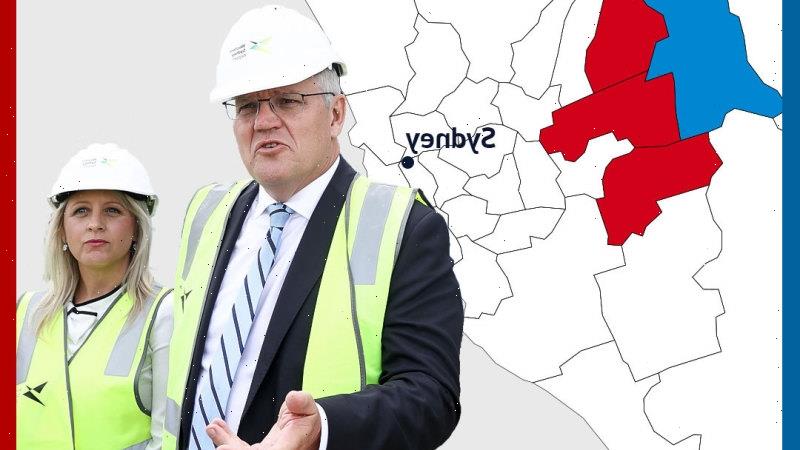 At the 2019 election, the western Sydney seat of Lindsay was a key target of the Coalition. Held by Labor with a 1.1 per cent margin, sitting member Emma Husar had retired after the leaking of sexually explicit claims against her that were later found to have been politically motivated.

While Lindsay was a marginal seat, the electorates abutting it to the east – Chifley, McMahon and Werriwa – were all comfortably held by Labor. 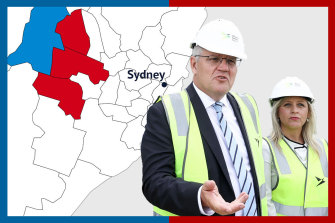 Scott Morrison and Melissa McIntosh, the member for Lindsay, which received $23.1m in grants.Credit:Dominic Lorrimer

McMahon received just $651,000 in grants. The single largest grant awarded to the electorate was $22,000 for disability support non-government organisation Anowah Community Living so it could purchase a vehicle for community transport. Only one other seat, the Labor-held Canberra seat of Fenner, received less.

Werriwa received $3.3 million including $1 million under the Community Development Grant program for the upgrade of the Cirillo Reserve sports fields to build two turf soccer pitches.

It also received $1 million to install lighting along the Great River Walk along the Hawkesbury River so as “to increase physical activity amongst the community at night time”. A local men’s shed was given almost $5000 to pay for netting to prevent the build-up of pigeon “waste”.

The seat was the only one in NSW won by the Liberal Party from Labor and proved vital in the overall result.

The grants do not cover another program that rewarded Lindsay voters while leaving those in the three adjoining Labor seats cold.

The contentious commuter car park program was used to promise three railway station car parks in Lindsay. The western arm of the Sydney rail network runs through Lindsay on its way to the Blue Mountains.

Three separate car parks, worth a combined $55 million, were pledged to help Lindsay commuters. None were promised in the neighbouring, Labor-held seats.

Work on the Emu Plains car park was halted in November due to the discovery of Aboriginal heritage items while an extra 250 car park spaces at St Marys railway station are due to be finished early next year.

But the third project, at Kingswood station, is not expected to start until 2023 with 2024 pencilled in as a possible completion year.

Lindsay has an almost identical socio-economic background to McMahon, Werriwa and Chifley as measured by the Australian Bureau of Statistics.

Member for McMahon and Labor’s climate change spokesman, Chris Bowen, used social media to express his displeasure at the disparity in financial support between his electorate and other parts of Sydney.

“The Morrison government is addicted to industrial scale rorting. Communities doing it tough pay the price,” he wrote.

“Is North Sydney really needing so much government funding while western Sydney communities miss out?”